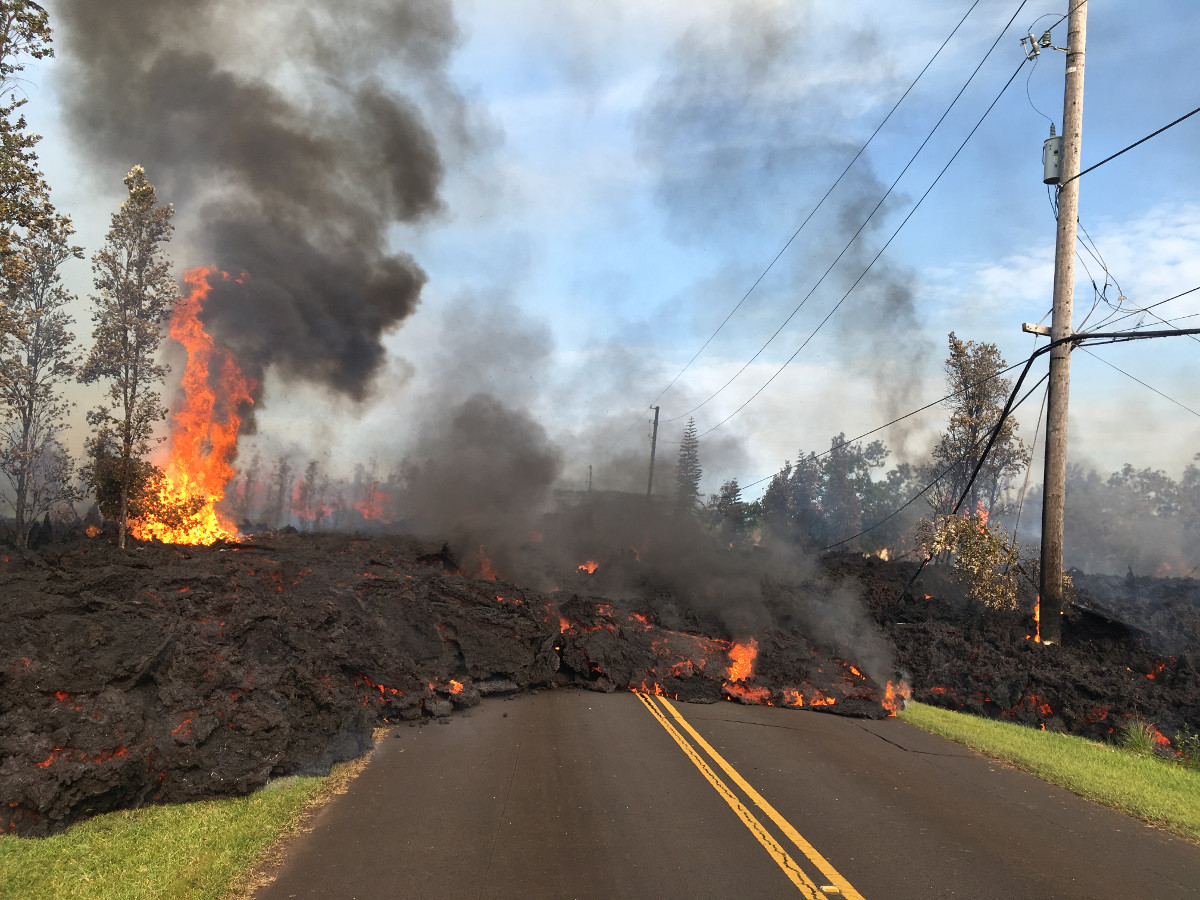 LEILANI ESTATES, Hawaii - USGS scientists have been posting new imagery and maps to their website, offering some clarity to the exact locations of the fissures that are opening in the Puna subdivision. 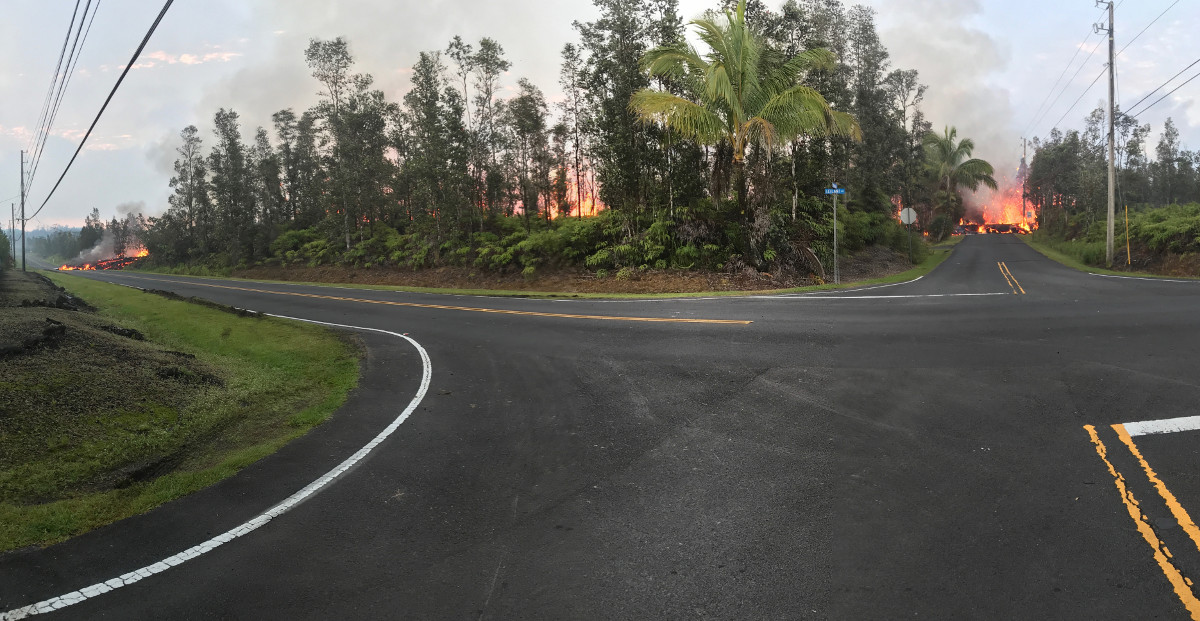 (USGS) A panoramic view of fissure 7 from the intersection of Leilani and Makamae Streets in the Leilani Estates subdivision. This photo was taken at 06:01 a.m. HST today.

UPDATE: According to a 6:15 p.m civil defense update, the Hawaiian Volcano Observatory confirms “no new outbreaks have emerged and the fissures continue to emit hazardous fumes in Leilani Subdivision at this time.”

It is confirmed that at this time, 5 homes have been destroyed, civil defense says.

USGS scientists have been posting new imagery and maps to their website, offering some clarity to the exact locations of the fissures that are opening in the Puna subdivision. 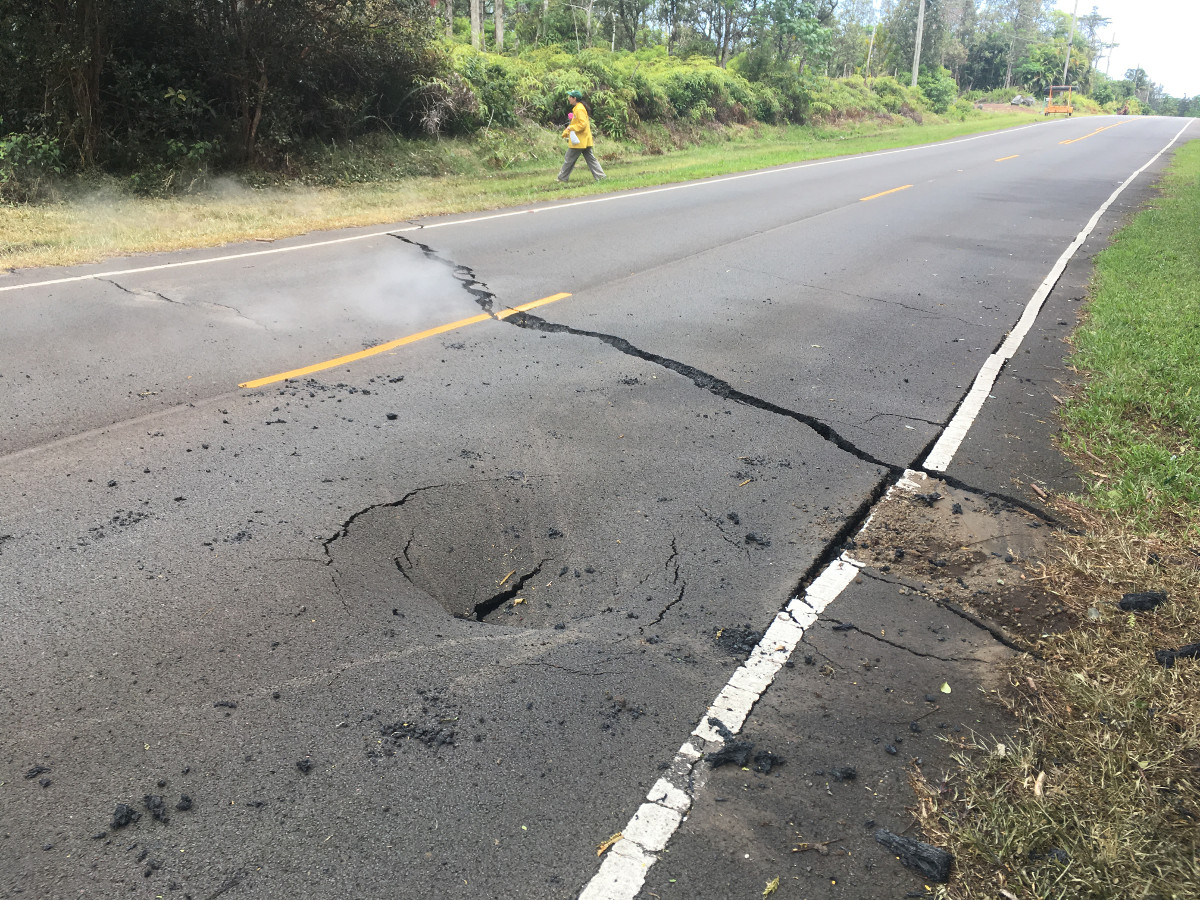 All residents in Leilani Estates and Lanipuna Gardens Subdivisions have been placed on evacuation notice due to volcanic activity and smoke hazards. “Please understand the unpredictability of these hazards,” civil defense stated. “The American Red Cross and the Department of Parks and Recreation have opened shelters at the Pahoa Community Center and the Kea’au Community Center for your use.”

USGS also deployed a few new maps to help chart what is going on.

This satellite image shows six of the eruptive fissures and area covered with lava in Leilani Estates. Since then at least two more fissures have been created. 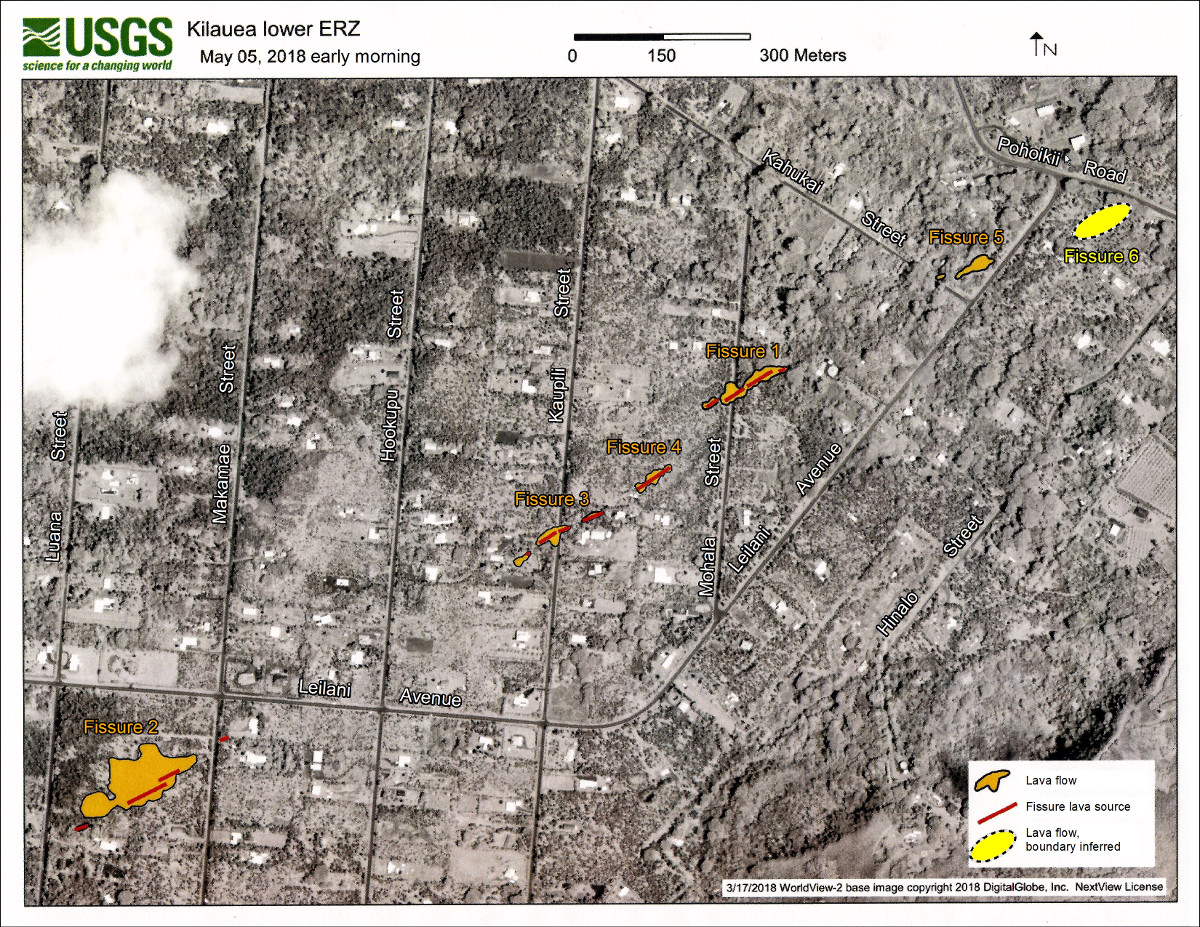 USGS: Eruptive fissures and areas covered by lava in the Leilani Estates subdivision, Island of Hawai‘i, are denoted on this satellite image acquired on March 17, 2018 (copyrighted image provided by Digital Globe).

Also, a new map showing the steepest descent paths in the area of the eruptive fissures. All 8 fissures (as of 10 a.m.) are included on this map. 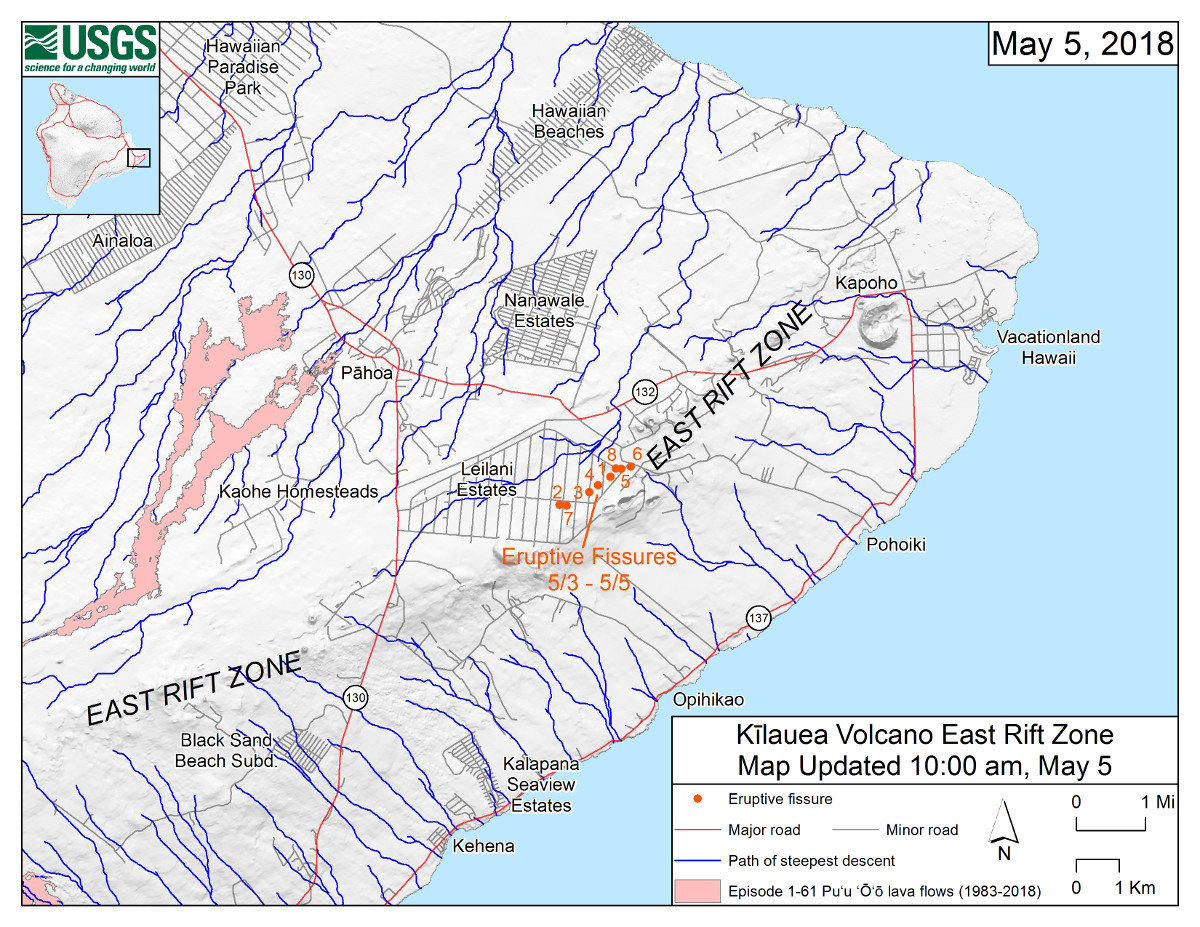 (USGS) This map shows the locations of eruptive fissures in the order that they occurred in the Leilani Estates Subdivision as of 10:00 a.m. HST today (May 5). The blue lines are paths of steepest descent that identify likely paths of a lava flow, if and when lava moves downhill from an erupting vent. The paths of steepest-descent were calculated from a 1983 digital elevation model (DEM) of the Island of Hawai‘i, created from digitized contours. Steepest-descent path analysis is based on the assumption that the DEM perfectly represents the earth’s surface. DEMs, however, are not perfect, so the blue lines on this map can be used to infer only approximate lava-flow paths.

We will update this page with the latest info from Hawaii County Civil Defense when it becomes available.

The county also issued a request, asking the public to refrain from dropping off “any monetary, in-kind or food donations, including prepared food donations at the shelters.”

“The County is working with The Salvation Army and community/business partners to set up a donation distribution center in Puna,” the county said. “The location is to be determined.”