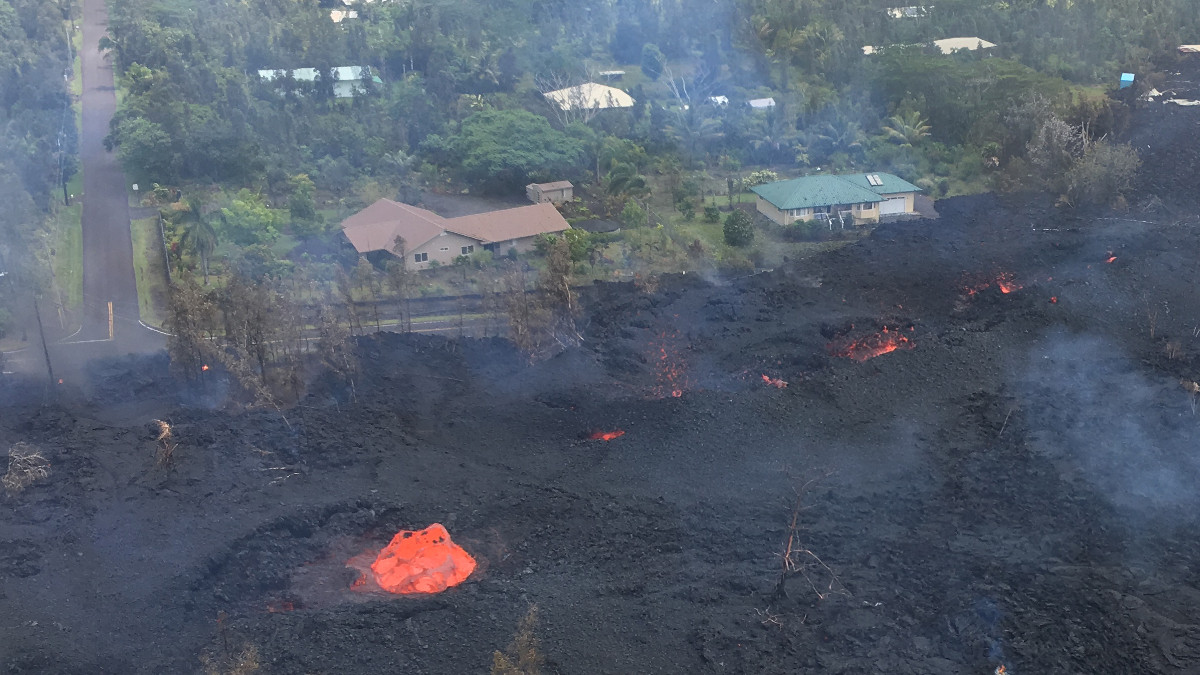 Inset of an USGS image showing Fissure 7 in Leilani Estates taken at around 8 a.m. on May 5. Full photo below.

LEILANI ESTATES, Hawaii - A long traffic backup is reported at the Highway 130 / Highway 132 intersection due to the resident screening process, as some residents are bring allowed to grab pets, medicine, and vital documents. 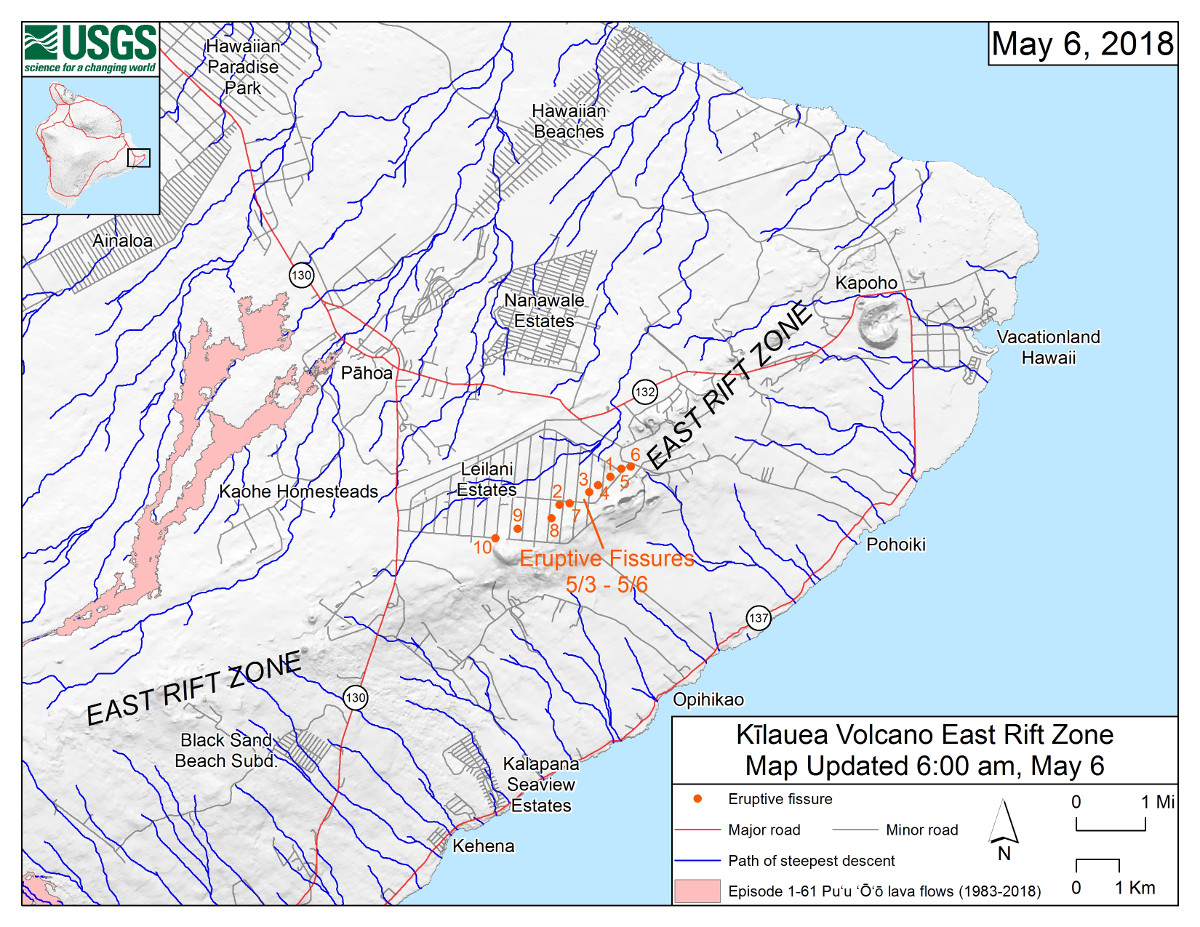 (USGS map) This map shows the locations of eruptive fissures on Kīlauea Volcano’s East Rift Zone in the order that they occurred in the Leilani Estates Subdivision as of 6:00 a.m. HST today (May 6). The blue lines are paths of steepest descent that identify likely paths of a lava flow, if and when lava moves downhill from an erupting vent. The paths of steepest-descent were calculated from a 1983 digital elevation model (DEM) of the Island of Hawai‘i, created from digitized contours. Steepest-descent path analysis is based on the assumption that the DEM perfectly represents the earth’s surface. DEMs, however, are not perfect, so the blue lines on this map can be used to infer only approximate lava-flow paths.

(BIVN) – As of May 6, at least 10 fissures have erupted in the Leilani Estates subdivision. The USGS Hawaiian Volcano Observatory is calling the latest phase of the Kīlauea volcano eruption “Episode 62”, having commenced on May 3. Already, at least 9 homes have been destroyed.

The eruption in the lower East Rift Zone within Leilani Estates continues with continuous activity from one or two fissure segments since late last evening. A lava flow advanced northward from fissure 8 beginning about 5 a.m. HST; the flow advanced north-northeast about 0.9 km (0.6 miles) by 10 a.m., HST.

In the past 12 hours, deformation of the ground in the area suggests a pause in magma accumulation in the distal part of the intrusion.

Overall seismicity has not changed significantly overnight. Earthquakes continue at a diminished rate compared to the past couple of days, and the stations nearest to the erupting fissures record fluctuating amplitude levels that correspond to fissure eruptive activity.

Leilani Estates and Lanipuna Gardens residents were placed on evacuation notice due to the unpredictability of volcanic hazards, however on Sunday, Leilani Estates residents with property between Highway 130 and Maile Street were be allowed to begin entering the subdivision “to complete evacuation of pets, medicine, and vital documents left behind between the hours of 8 AM to 6 PM,” civil defense reported.

Hawaii Police put out an alert message at 11:52 a.m. reporting a long traffic backup at the Highway 130 / Highway 132 intersection due to the resident screening process. “Use Kahakai Blvd and Hwy 137 (Beach) to Bypass,” police said. 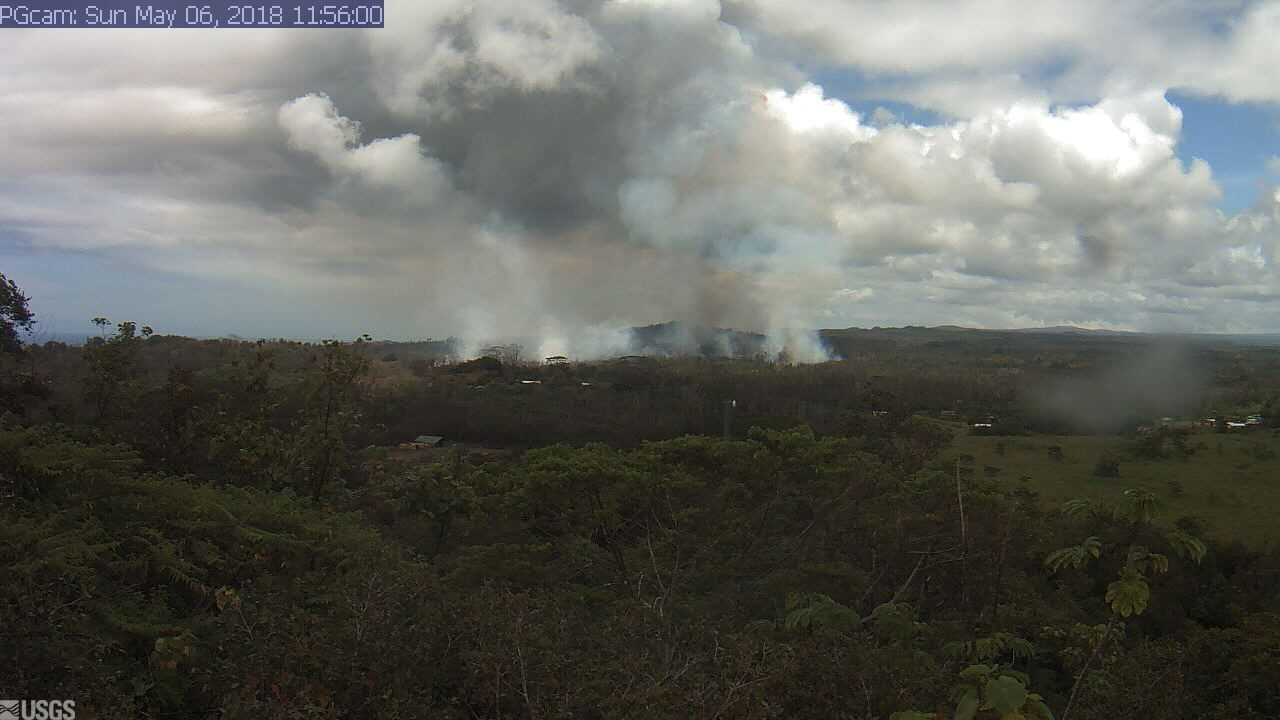 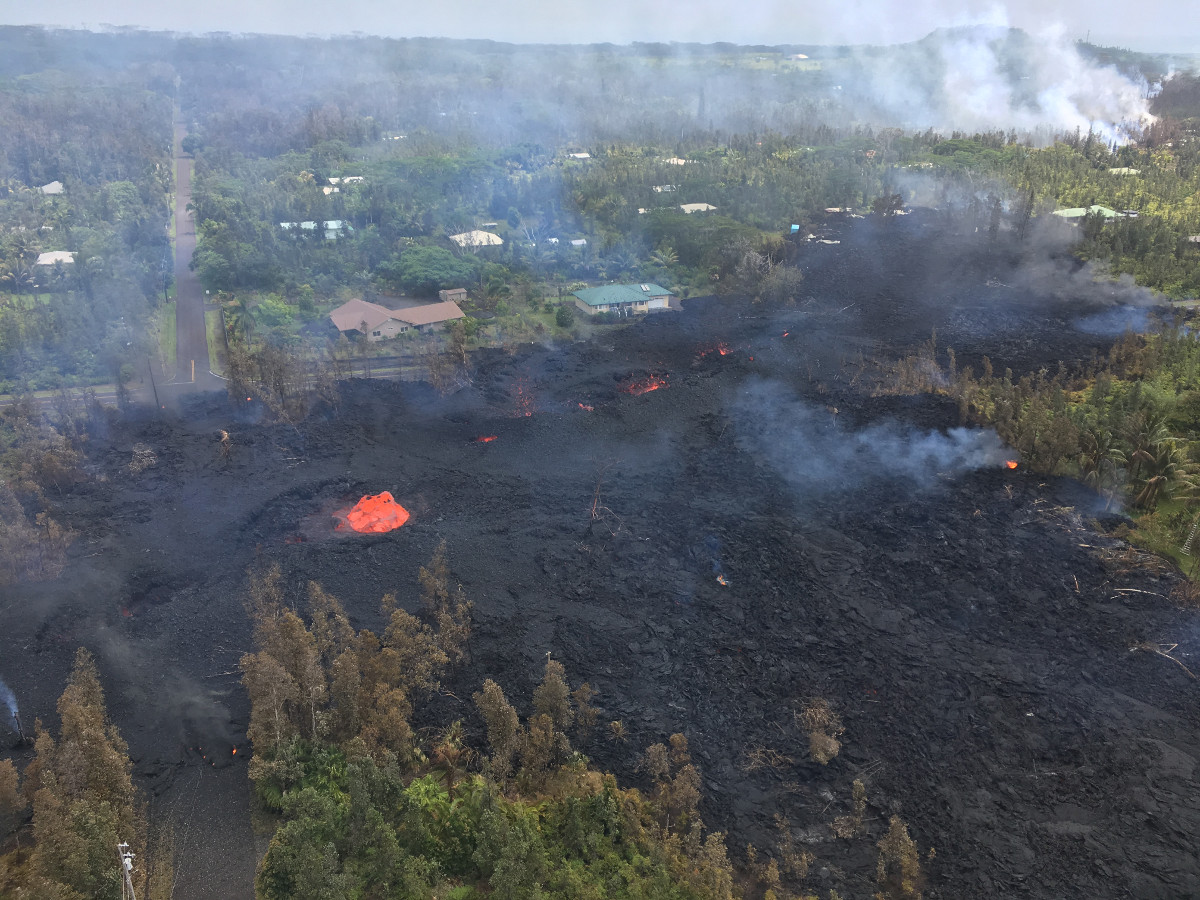 (USGS) Fissure 7 began this morning around dawn and was active for several hours. At the peak of its activity, large bubble bursts occurred at one spot (lower left) in the fissure while spattering was present in other portions. A short lava flow was erupted from the fissure around 8 a.m. HST, moving northeast and crossing Hookupu St.

Meanwhile, miles away from Leilani Estates at the Kīlauea summit, the level of the lava lake is dropping. 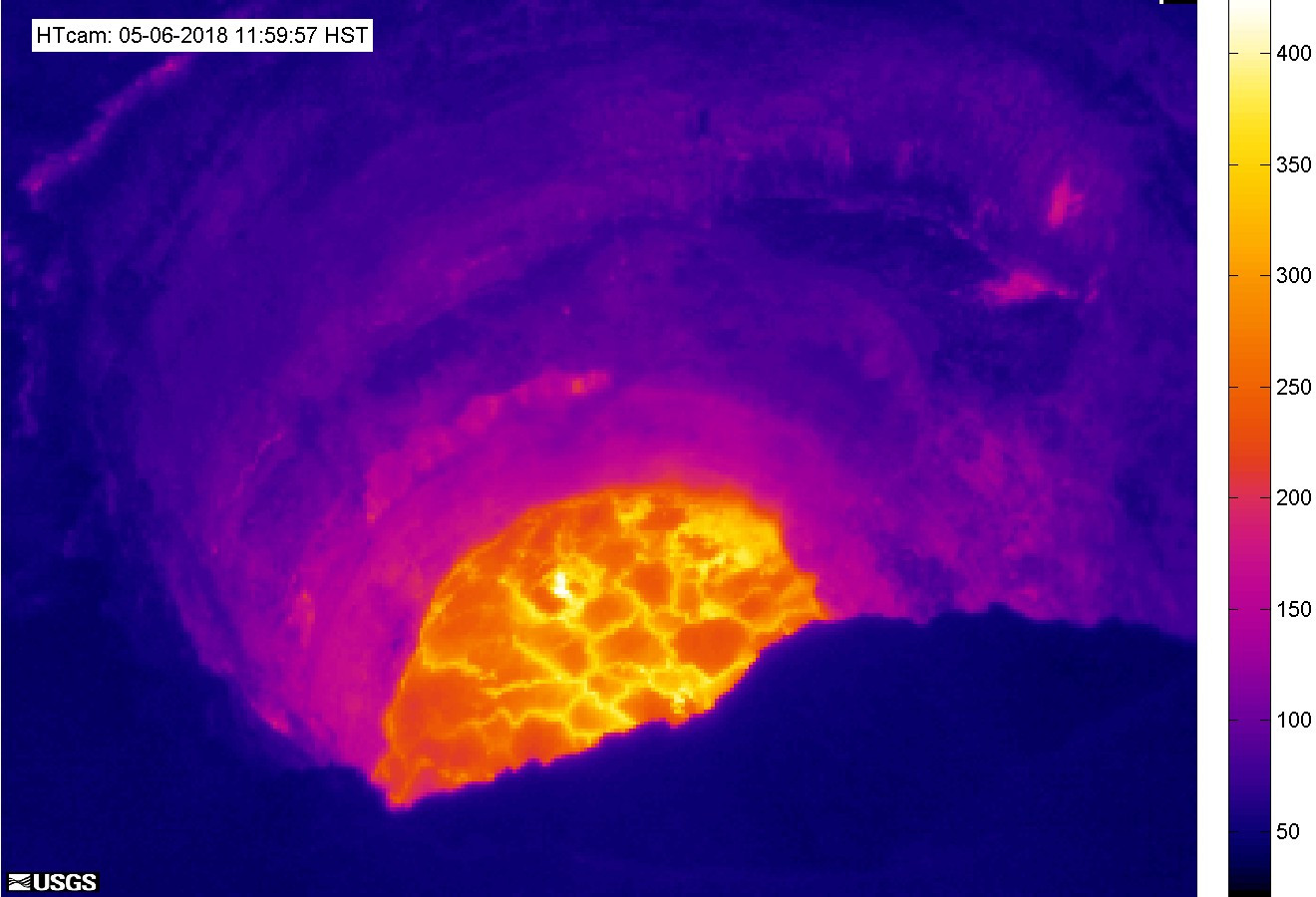 This past week, Kīlauea Volcano’s summit lava lake level dropped with summit deflation, and was about 160 m (525 ft) below the vent rim as of May 5 at 9:30 p.m. HST, USGS says. On the East Rift Zone, the 61g lava flow is no longer active.

The lake level has dropped about 35 m (115 ft) during the past 24 hours based on a continuously recording laser range-finder instrument on the crater rim. Elevated summit sulfur dioxide emission rates persist.