PUNA, Hawaii - Scientists reported lava spatter 7 feet high, as well as a loud jetting of gas from the fissure. 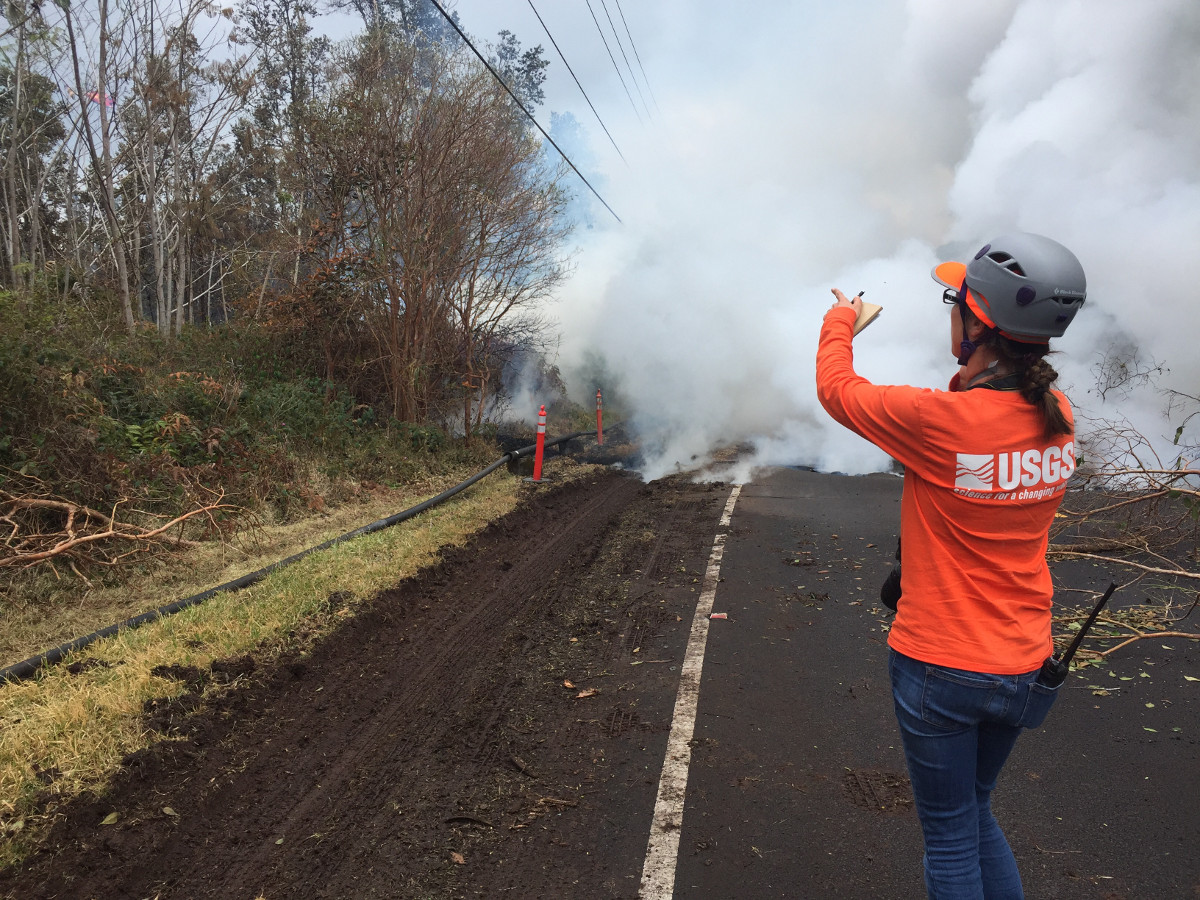 (BIVN) – A new fissure that erupted near the entrance of Lanipuna Subdivision forced an emergency evacuation of residents on Wednesday.

Many who fled the neighborhood gathered themselves at the nearby Isaac Hale Beach Park area.

Hawai‘i Electric Light personnel were inspecting equipment in the Leilani Estates and Lanipuna subdivisions and shutting down parts of circuits that are threatened or already damaged by the lava flow. “An additional 300 customers in the subdivision have been without electricity since the eruption began last week and in the past 24 hours as new fissures have opened,” HELCO said, adding that “about 50 customers in the neighboring Lanipuna Gardens subdivision are without power.”

Pohoiki Road is closed from Highway 132 to Hinalo Street. Civil Defense says no access is allowed at this time for residents of Lanipuna Gardens due to dangerous volcanic gases. 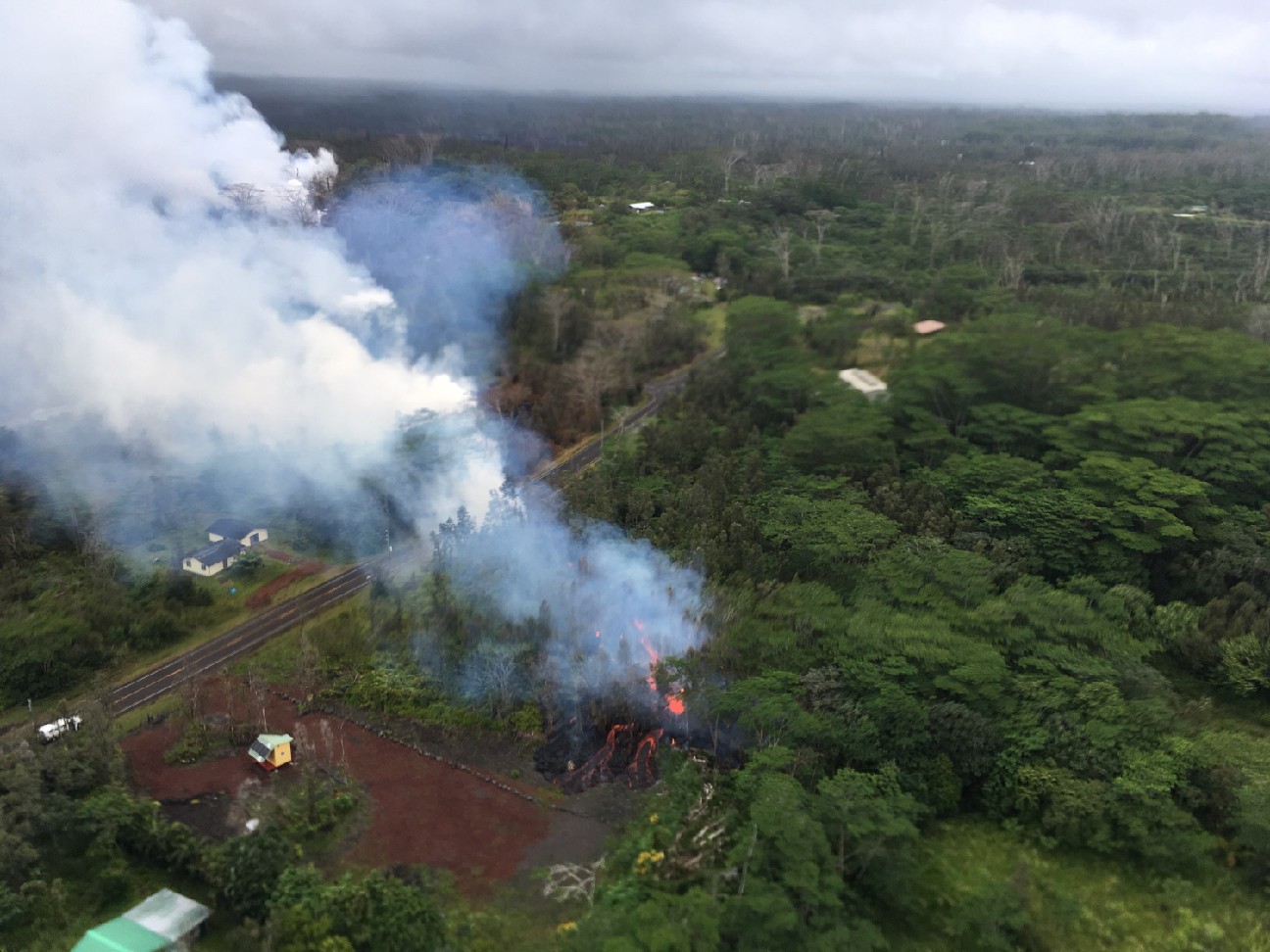 At 1:00 p.m. HST. Aerial view from the Hawaii County Fire Department of fissure 15. The fissure cut across Pohoiki Road.