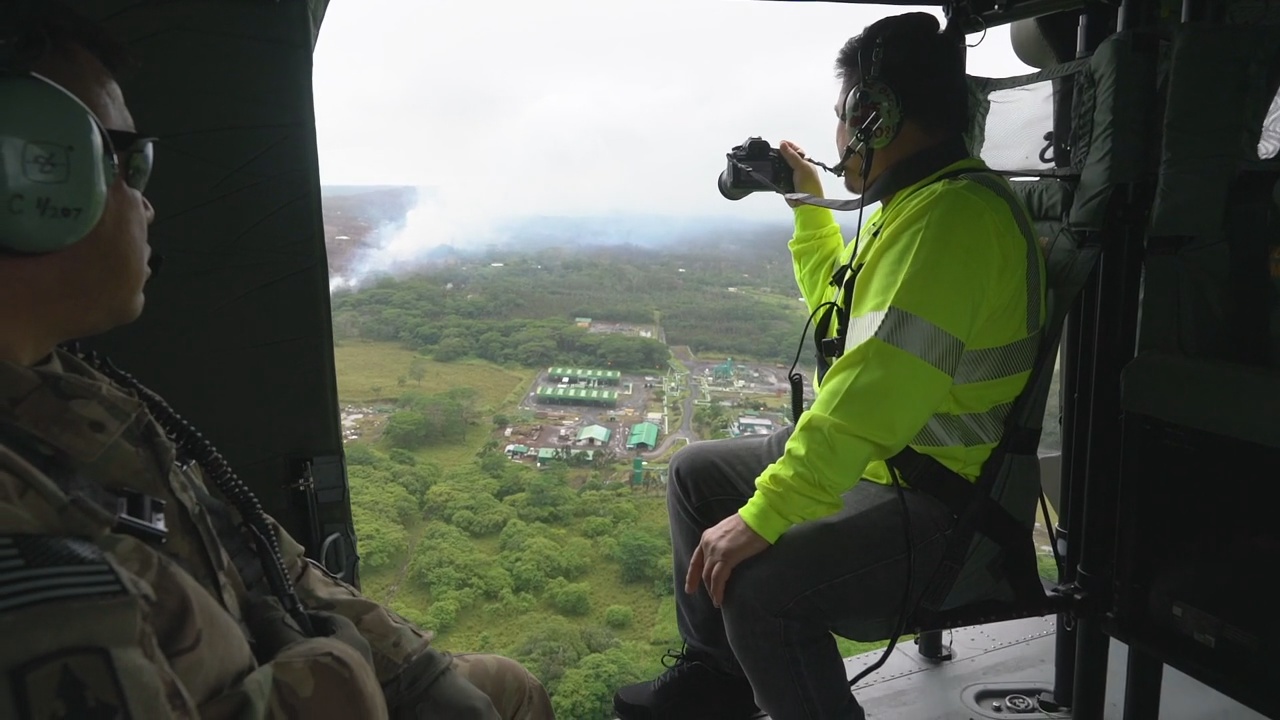 PUNA, Hawaii - No lava has been emitted from any of the 15 fissure vents since May 9, however there are indications that additional outbreaks of lava are likely.

(UPDATE) – Multiple sources are reporting a new fissure has opened down rift of Leilani Estates. We will have more information in a coming update

(BIVN) – Here is the latest information collected from different agencies, supplemented by multi-media.

The USGS Hawaiian Volcano Observatory reports volcanic activity in the lower East Rift Zone of Kīlauea Volcano continues. No lava has been emitted from any of the 15 fissure vents since May 9. Earthquake, ground deformation, and continuing high emission rates of sulphur dioxide indicate additional outbreaks of lava are likely.

The USGS Hawaiian Volcano Observatory has cautioned about the possibility of an explosive eruption at Halema’uma’u Crater due to the ongoing withdrawal of lava from Kilauea summit lake. This could generate ash plumes that may affect an area as far as 12 miles from the summit crater.

As a precautionary measure, residents of lower Puna between Kapoho and Kalapana, are advised to be on the alert in the event of possible gas emissions and volcanic eruption. “Because there may be little to no advance notice to evacuate, you should be prepared to evacuate at short notice,” civil defense says. “Take this time to prepare.”

All beach parks in Lower Puna have been closed, including the Pohoiki Boat Ramp.

“If you evacuate voluntarily, the Pahoa Community Center and Kea’au Community Center are open,” civil defense stated. “Food will be provided and the shelters are pet-friendly. This is a precautionary message. We want everyone in the Lower Puna area to be ready, and to remain safe.”

Hawai‘i Volcanoes National Park is now closed until further notice, due to the possibility of a steam-induced explosion at the summit of Kīlauea following the drop of the lava lake.

At the request of the park, the FAA has issued a Temporary Flight Restriction (TFR) that extends 20,000 feet AGL and a 12 nautical mile radius around the summit of Kīlauea.