PUNA, Hawaii - A short time after officials gave a press conference in Hilo, fissure 18 opened up near Halekamahina Loop Road between fissure 16 and 17. 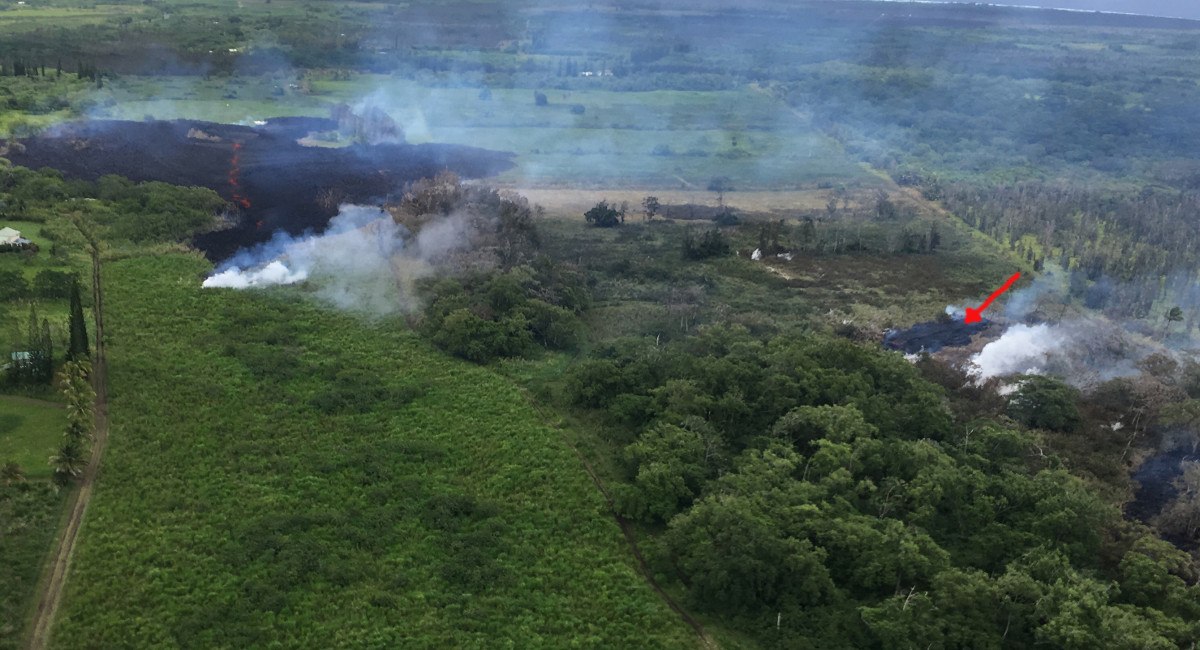 USGS at At 2:00 p.m. HST. This photo reveals a small pad of lava between Fissures 16 and 17 which did not appear in photos of the same scene taken this morning. (Red arrow points to the lava pad.) From the photo it appears that this fissure had stagnated. USGS has designated this small outbreak as Fissure 18.

A few hours later it was reported that a new fissure, fissure 18, has opened up near Halekamahina Loop Road between fissure 16 and 17. Active fumes and lava spatter is occurring at this time, civil defense reported.

“This newest fissure is on private property, do not trespass,” officials stated. Scientists said continued earthquake activity and additional outbreaks in the area are likely. 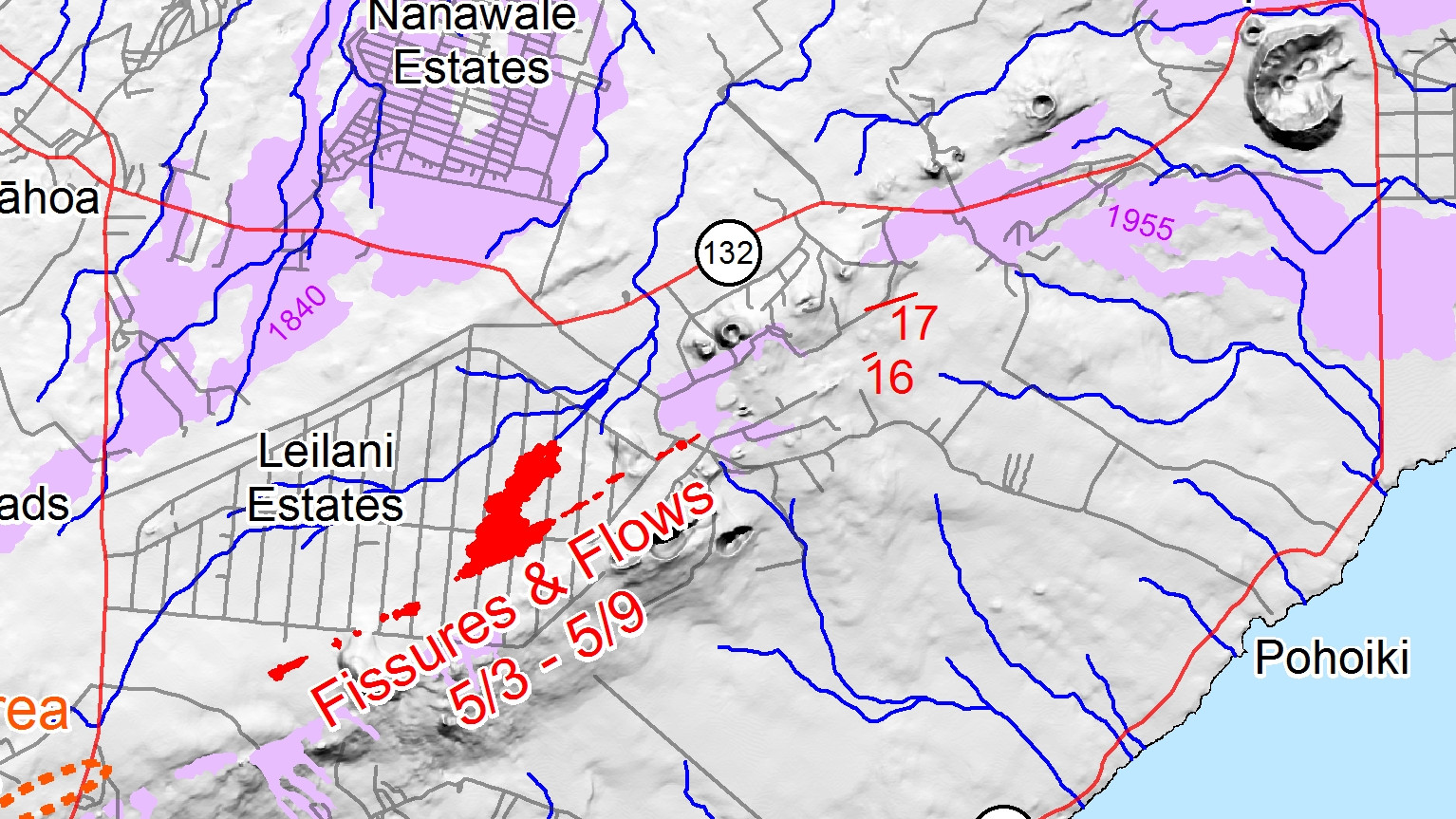 USGS map inset: Map as of 9:00 a.m. HST, May 13, shows the location of fissure 17, which opened this morning at approximately 4:30 a.m. HST. NOTE: This new fissure was initially referred to as fissure 18 in early reports, but that is incorrect (what was called fissure 17 yesterday did not erupt lava, so this morning’s erupting fissure is actually 17). In addition to fissure 17, the map shows earlier fissures, lava flows, and steaming areas. Inset map (lower right) shows fissures in Leilani Estates in the order they occurred since May 3. Shaded purple areas indicate lava flows erupted in 1840, 1955, 1960, and 2014-2015.

Due to the volcanic activity, the following are issued:

Due to the continued volcanic activity on Hawaiʻi Island, three charter schools will be closed tomorrow, Monday, May 14, according to the Public Charter School Commission: