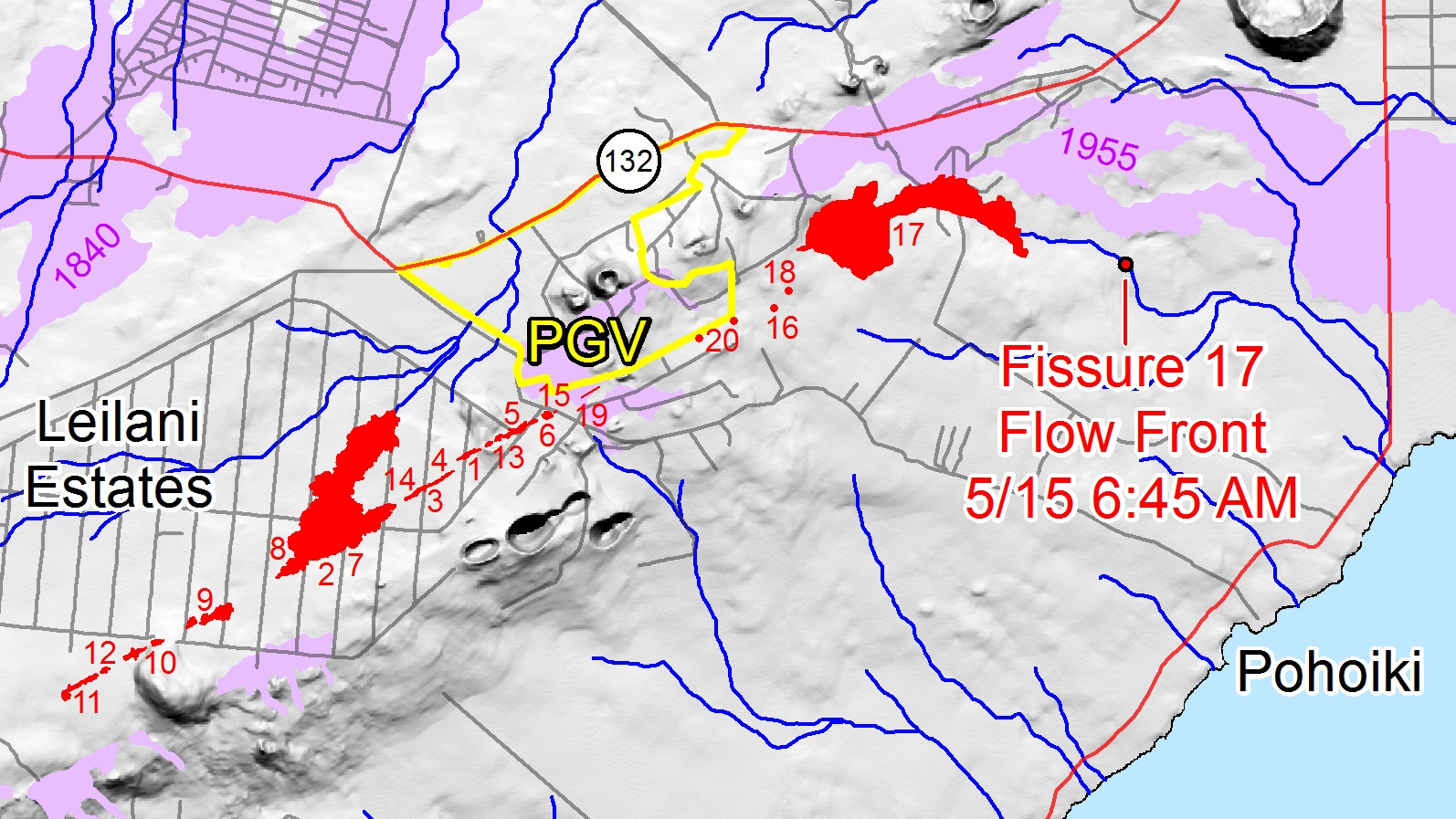 LEILANI ESTATES, Hawaii - Lava fountaining and spatter were observed at fissure 6 as of about 4:45 p.m. 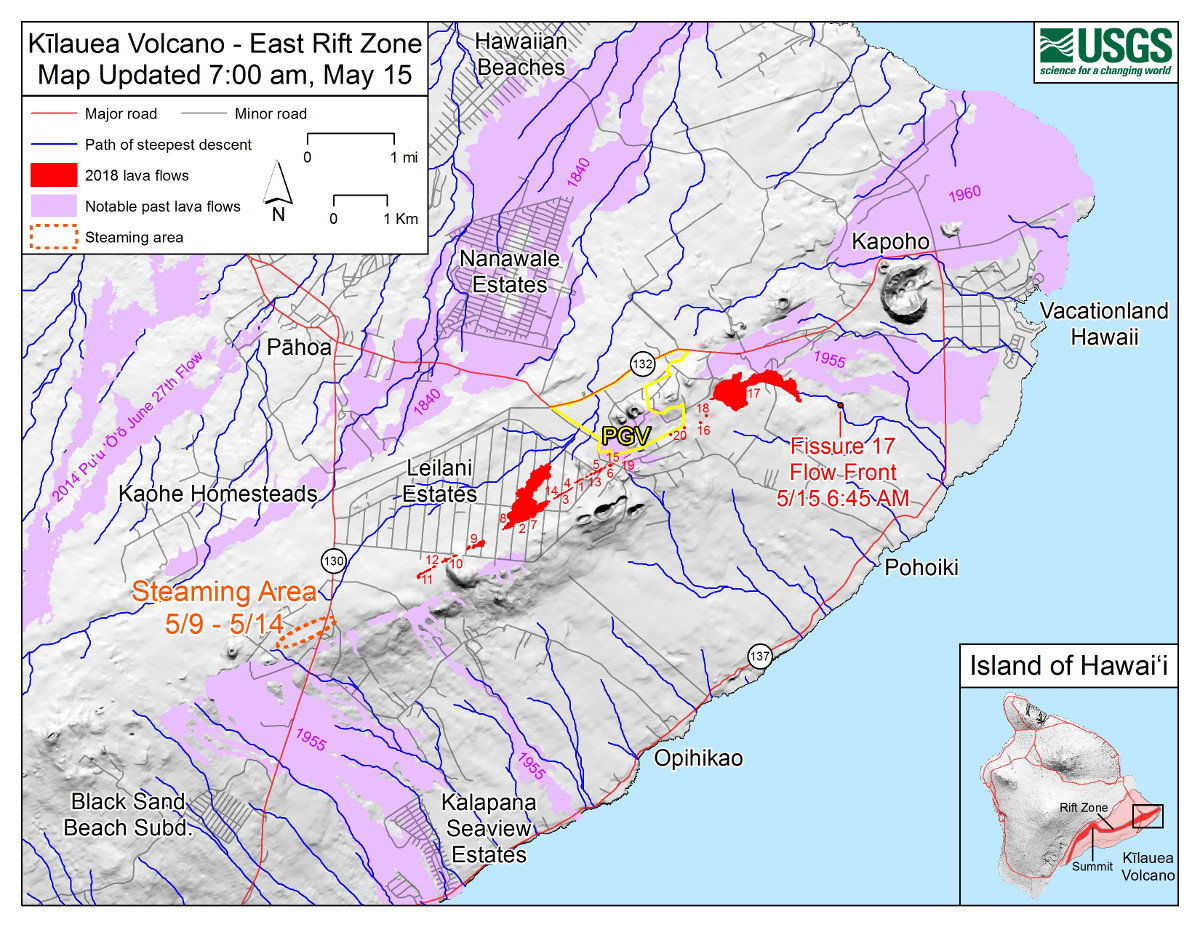 Lava fountaining and spatter were observed at fissure 6 by USGS scientists as of about 4:45 p.m., civil defense says.

Downrift, the officials report the flow from fissure 17 has had little advancement downslope. As of 6:45 a.m. this morning, the lava flow was nearly 1.5 miles in length.

The new activity was reported in a 6 p.m. message from Hawaii County Civil Defense. The message also stated USGS “has increased the Aviation Color Code to Red due to increased ash emission from Kilauea. Ash has been rising nearly continuously from the vent and drifting downwind to the southwest. Ashfall and vog have been reported along Highway 11 to Pahala. At any time, activity may increase the intensity of ash production.” 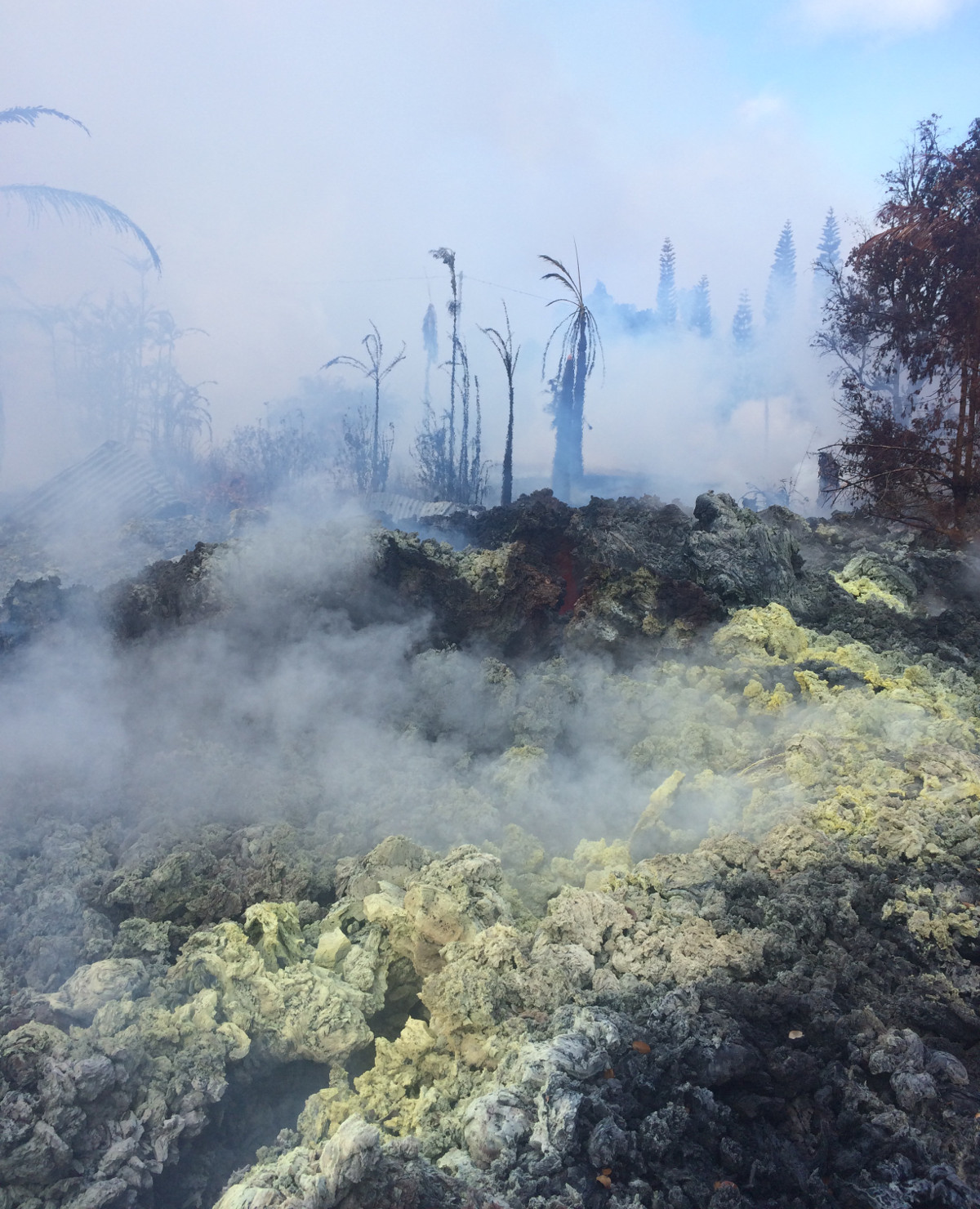 (USGS) Incandescence observed at Fissure 14 around 10:30 a.m. HST. Pulsing, gas-rushing sounds could be heard coming from the crack. Yellow sulfur deposits appear on the crack margins.