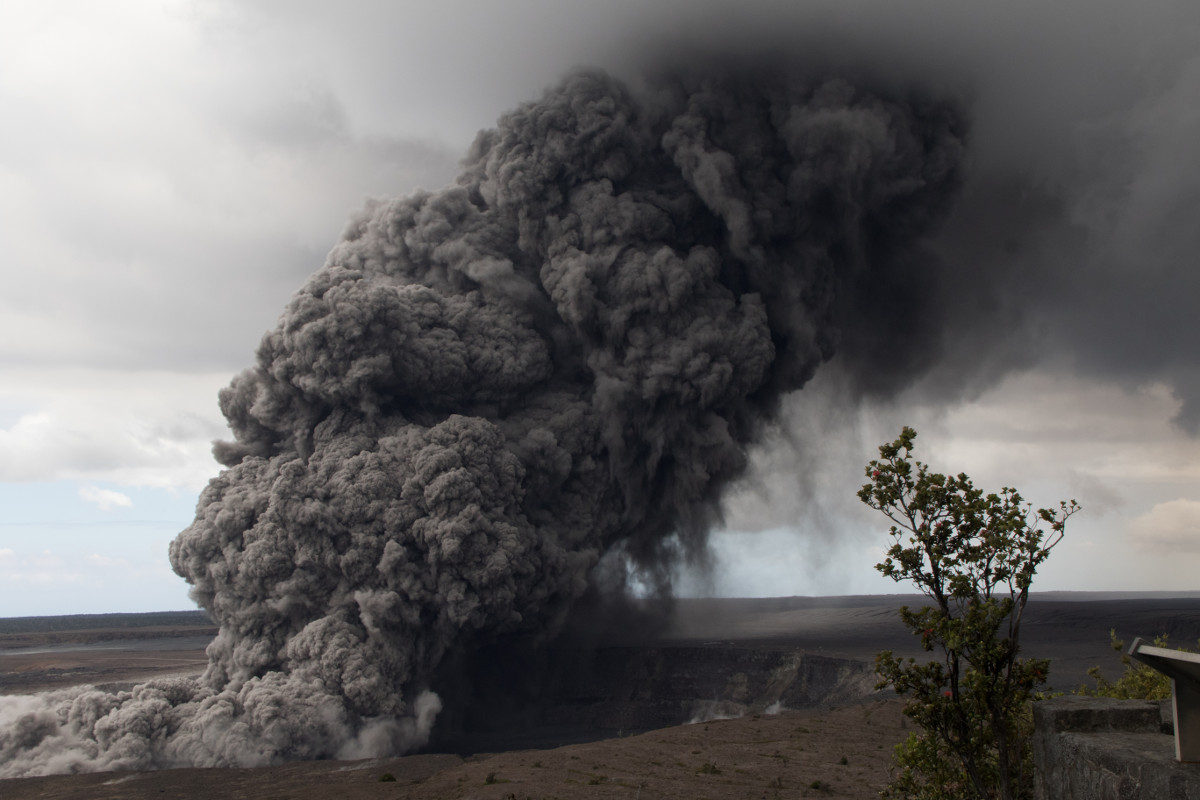 HAWAII ISLAND - The USGS Hawaiian Volcano Observatory issued an upgraded "Red" Aviation Color Code today due to the eruption of ash at the volcano summit. 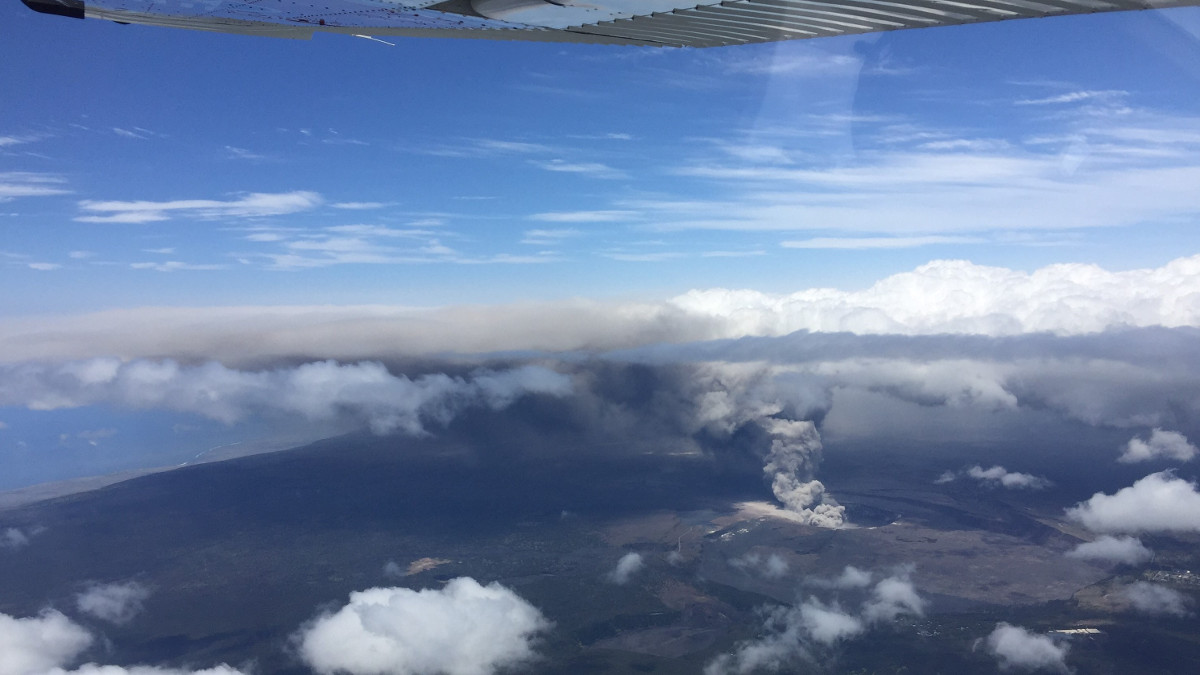 (USGS) At 11:43 HST, Civil Air Patrol flight CAP20 reported plume tops at 9,500′ with the dispersed plume up to 11,000′. The CAP mission was launched from Hilo in support of Hawai’i County Civil Defense and USGS Hawaiian Volcano Observatory response to the ongoing eruption.

(BIVN) – The Aviation Color Code for Kilauea was changed from Orange to Red today, in a new Volcanic Activity Notice issued by the USGS Hawaiian Volcano Observatory.

“As of early this morning, eruption of ash from the Overlook vent within Halemaumau crater at Kilauea Volcano’s summit has generally increased in intensity,” the USGS stated. “Ash has been rising nearly continuously from the vent and drifting downwind to the southwest. Ashfall and vog (volcanic air pollution) has been reported in Pahala, about 18 miles downwind. NWS radar and pilot reports indicate the top of the ash cloud is as high as 10,000 to 12,000 feet above sea level, but this may be expected to vary depending on the vigor of activity and wind conditions.”

Ash emission from the Kilauea summit vent will likely be variable with periods of increased and decreased intensity, scientists say. A lot depends on the occurrence of rockfalls into the vent and other changes within the vent.

“At any time, activity may become more explosive, increasing the intensity of ash production and producing ballistic projectiles near the vent,” USGS stated.

Kilauea was already on a “Warning” Alert Level. With the new Color Code, Kilauea is on a “Warning / Red” status, defined by USGS as “Major volcanic eruption is imminent, underway, or suspected with hazardous activity both on the ground and in the air.”