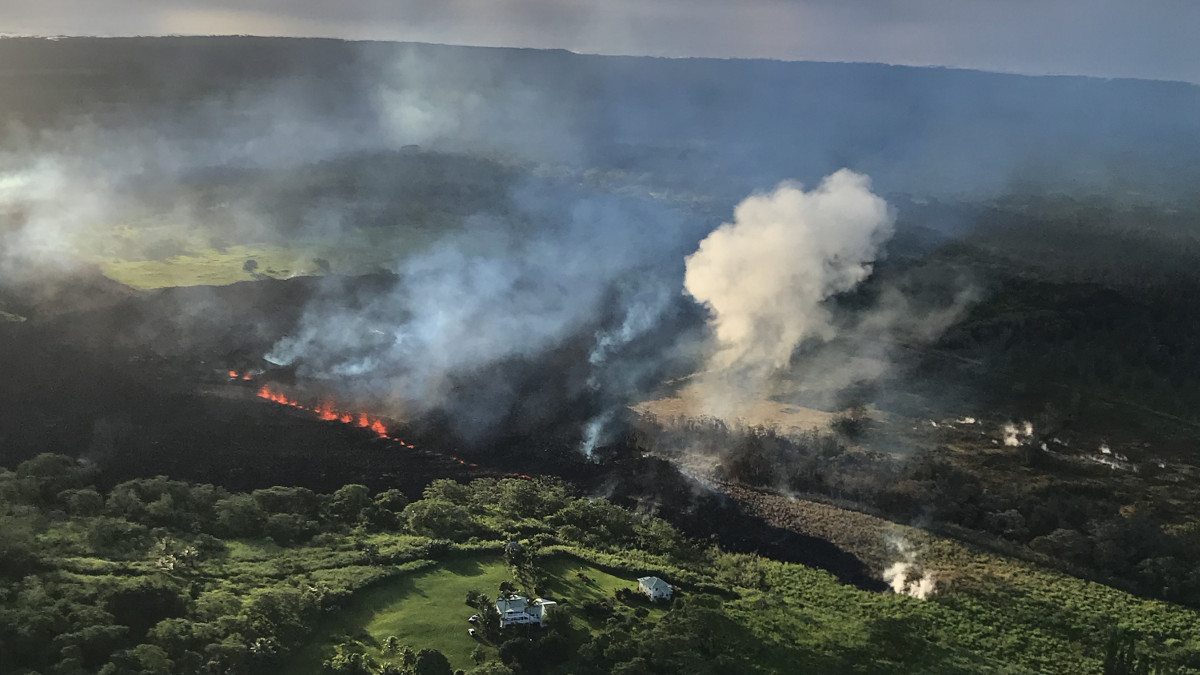 PUNA, Hawaii - Highway 130 in the vicinity of Leilani Estates will be opening to local traffic this morning as previously announced, Hawaii DOT says, despite the new cracks that developed overnight. 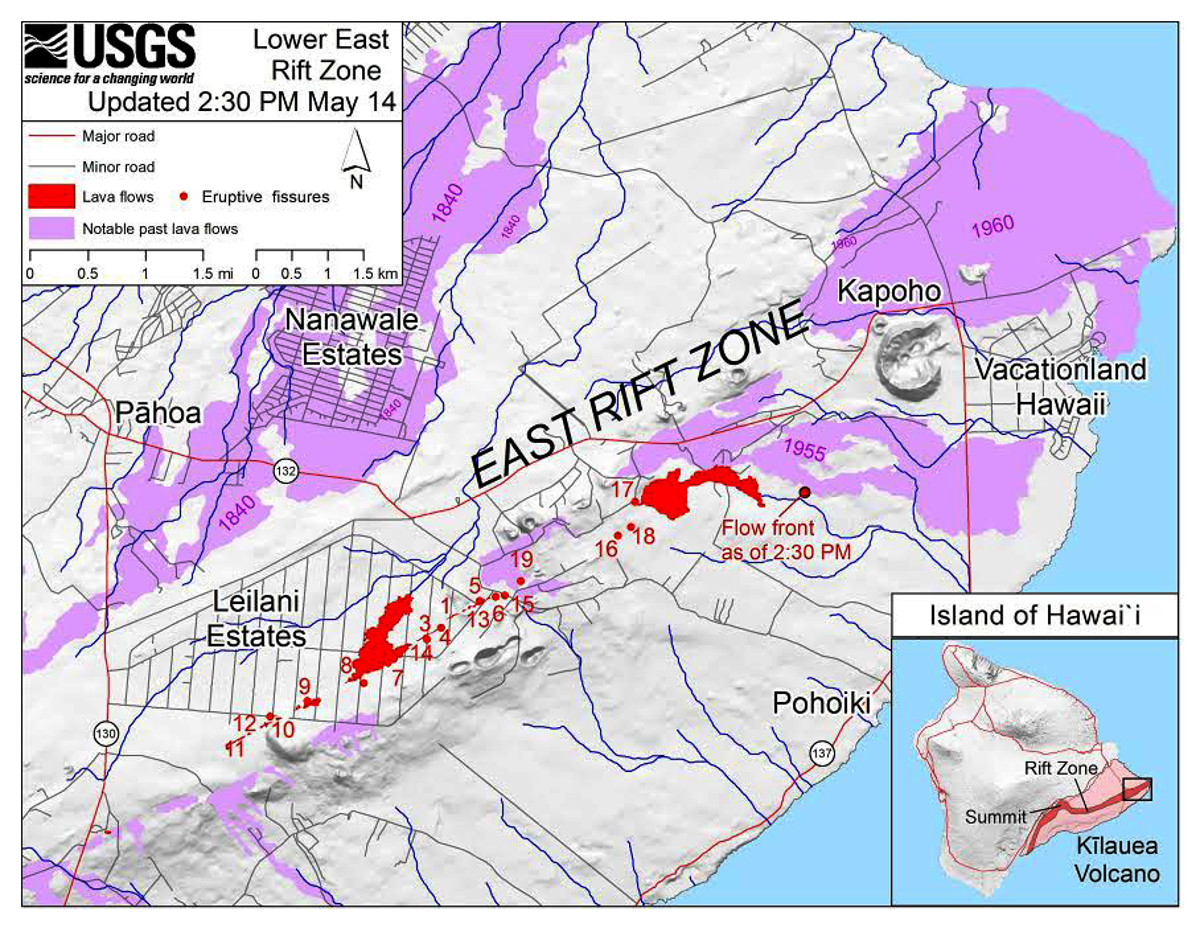 (BIVN) – A new fissure has opened in the Lanipuna Gardens Subdivision northeast from fissure 19, while elsewhere a narrow lava flow from fissure 17 is still moving slowly toward the ocean at approximately 20 yards per hour this morning.

Hawaii County Civil Defense says there are no homes or roads threatened by the fissure 17 flow at this time.

UPDATE (8:55 a.m.) – The Hawaii Department of Transportation said, after inspecting the newly formed cracks, they have determined that “Highway 130 from Malama Street to Kamaili Road is safe and will be opening to local traffic. We will conduct continuous monitoring of the roadway and may shut the road down if hazardous conditions develop.”

Two hours prior, Hawaii DOT said Highway 130 in the vicinity of Leilani Estates would not be opening to local traffic this morning as previously announced, due to the new cracks that developed overnight.

The Hawaii Department of Transportation (HDOT) is working to reopen the Keaau-Pahoa Road (Highway 130) from Malama Street to Kamaili Road this morning for local traffic only. Motorists are advised to drive with caution as metal plates will be placed over the cracks on the roadway. HDOT and County personnel will be stationed along the route to ensure the roadway is safe for local traffic.

Highway 132 is closed at Pohoiki Road intersection and a checkpoint is located on Highway 130 by Pahoa High School. Only local traffic allowed beyond all roadblocks, civil defense says.

Residents of Lower Puna are advised to be on the alert to gas emissions. Civil Defense says:

Dept. of Health reports hazardous emissions of sulfur dioxide (SO2) gas from fissures are especially dangerous for elderly, children/babies and people with respiratory problems. SO2 can be carried with wind, or, cover an area with no wind.