HAWAII VOLCANOES NATIONAL PARK - The plume is rising several thousand feet above the ground and drifting to the southwest, USGS says. Ashfall is occurring in the upper Ka'u Desert and downwind. 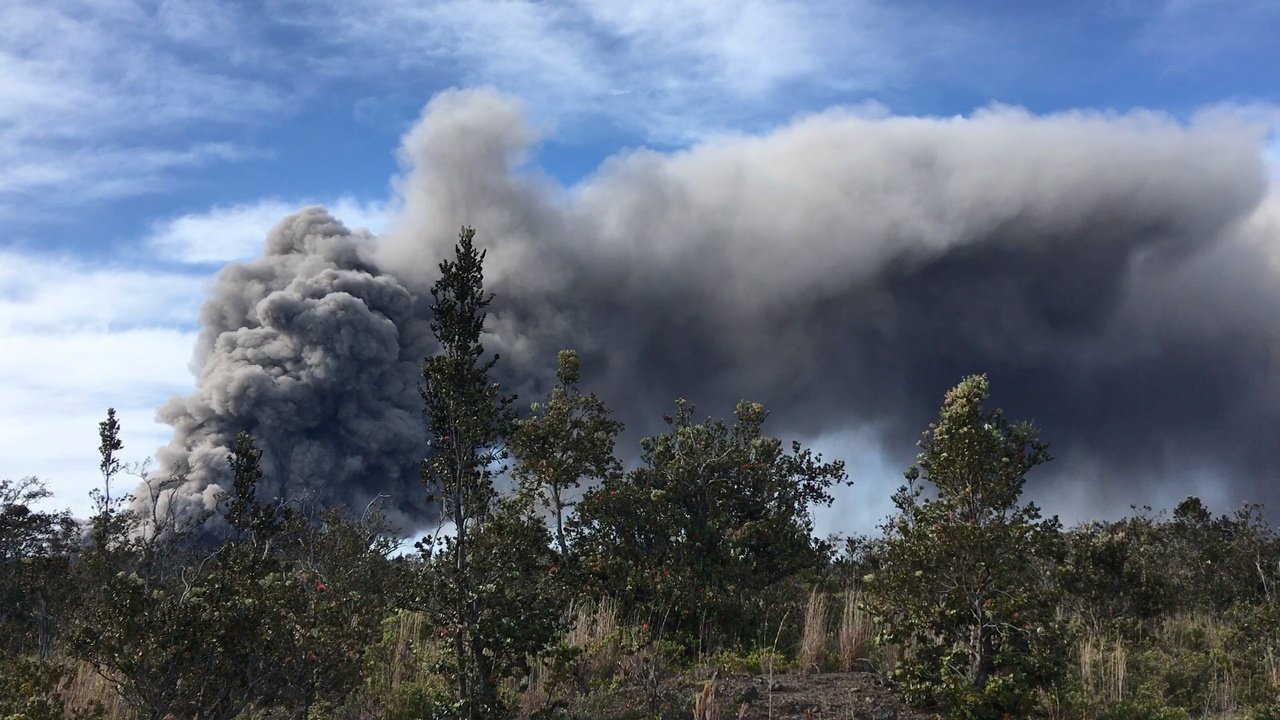 (Tim Bryan) This was shot from Highway 11 toward Pahala at about the 31 mile marker.

(BIVN) – A tall and dark plume was observed at the summit of Kilauea volcano on Tuesday morning.

Residents up and down Puna mauka saw the cloud drifting to the southwest, over the Ka’u Desert

“This morning, the plume from Overlook vent inside Halemaʻumaʻu is steady and gray due to its ash content,” the USGS Hawaiian Volcano Observatory stated at 8:13 a.m. “The plume is rising several thousand feet above the ground and drifting to the southwest. Ashfall is occurring in the upper Kaʻū Desert and downwind.”

“Depending on wind conditions, dustings of ash may occur in the Kilauea summit area and downwind. More energetic ash emissions are possible if explosive activity commences,” the scientists said.

The National Weather Service issued this statement at 7:45 a.m. on Tuesday:

The web camera at Kilauea Volcano Summit at showed a burst in volcanic ash emissions from Halemaumau Crater (19.4N 155.3W) beginning around 7 am HST this morning. Northeast winds will carry ash downstream across the Big Island Kau District affecting the Punaluu, Wood Valley, Naalehu communities this morning and into early afternoon.

Avoid excessive exposure to ash which is an eye and respiratory irritant. Those with respiratory sensitivities should take extra precaution to minimize exposure.

The Hawaiian Volcano Observatory has cautioned about the possibility of an explosive eruption at Halemaʻumaʻu, caused by the withdrawal of lava from Halemaʻumaʻu’s summit lake, which leads to a steam-driven eruption. Such an eruption could generate ash plumes as high as 20,000 feet. The area affected by ash plumes could be as wide as 12 miles. 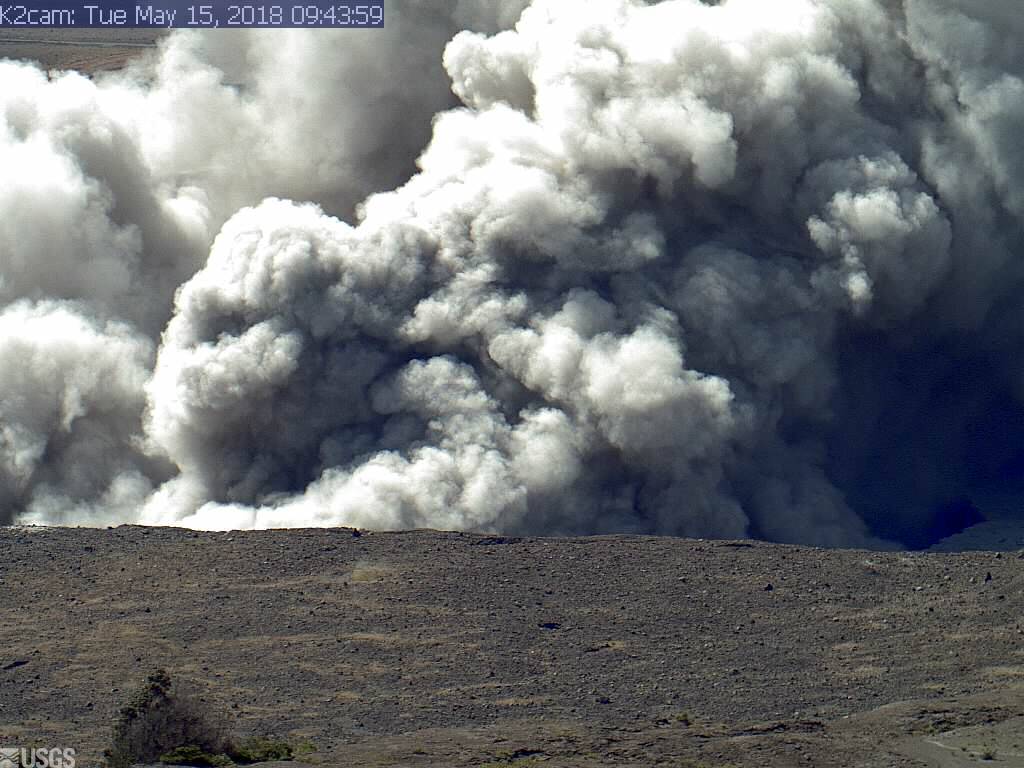 (USGS) This image is from a research camera mounted in the observation tower at the Hawaiian Volcano Observatory.

Ash emission from the Overlook crater within Halemaumau has generally increased this morning compared to previous days. Although varying in intensity, at times the plume contains enough ash to be gray in color. The cloud is rising an estimated 3 to 4,000 feet above the ground, but altitudes are varying with pulses of emission. The ash cloud is drifting generally west and southwest from the Kilauea summit and ashfall is occurring in the Ka’u Desert. Communities downwind are likely to receive ashfall today and should take necessary precautions.