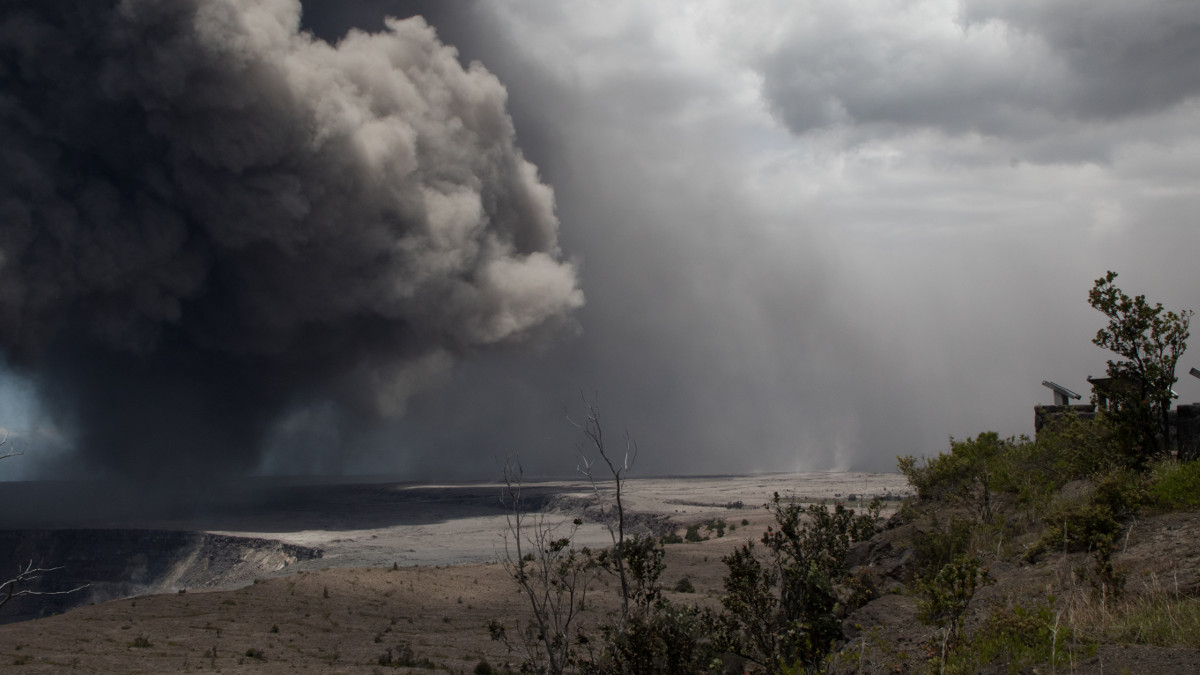 (USGS) At 1:38 p.m. HST, ash falls from the plume southwest from Halema‘uma‘u crater onto the Kau desert.

KA'U, Hawaii - Persons with respiratory illnesses should remain indoors to avoid inhaling the ash particles and all persons outside should cover their mouth and nose with a mask or cloth, weather forecasters stated. 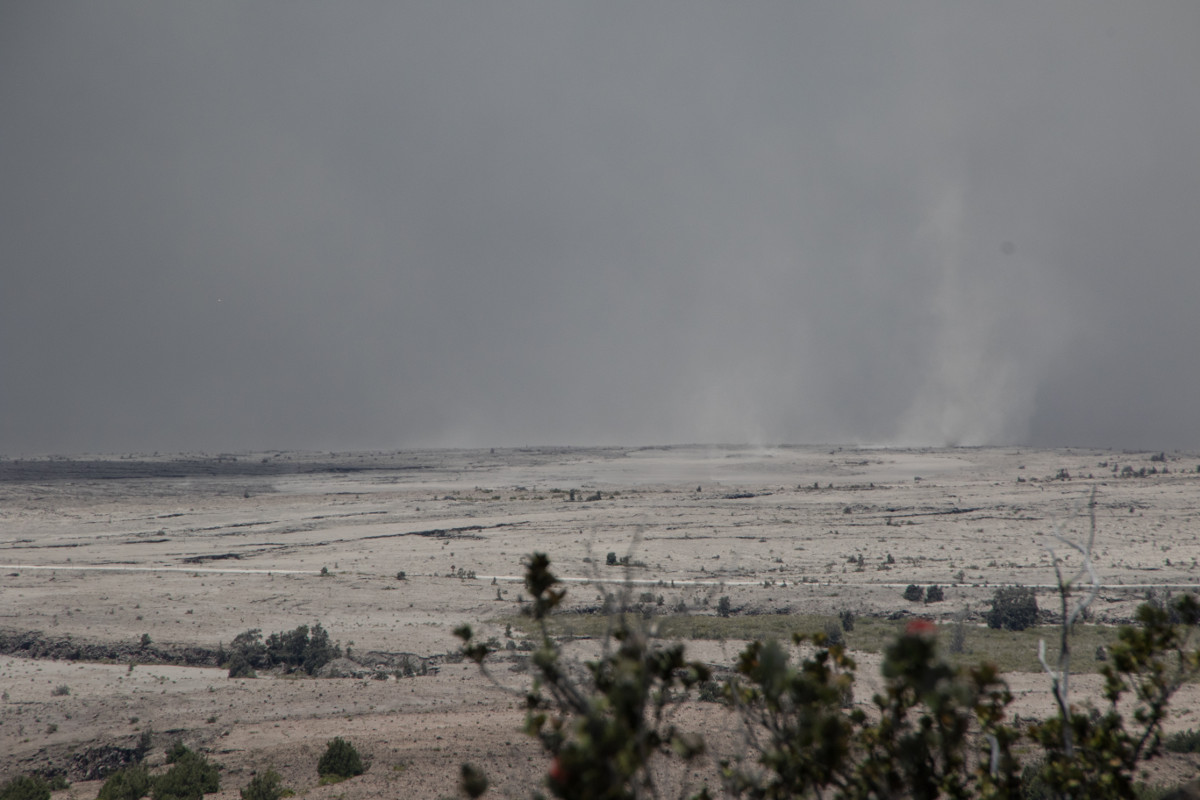 (BIVN) – The rarely-seen ashfall advisory, issued for the Kaʻū district by the National Weather Service in Honolulu, continued into Wednesday, after the eruption of ash from the summit of Kilauea increased in intensity on Tuesday.

“Ash has been rising nearly continuously from the vent and drifting downwind to the southwest,” USGS Hawaiian Volcano Observatory wrote. “Ashfall and vog (volcanic air pollution) has been reported in Pahala, about 18 miles downwind. NWS radar and pilot reports indicate the top of the ash cloud is as high as 10,000 to 12,000 feet above sea level, but this may be expected to vary depending on the vigor of activity and wind conditions.”

The National Weather Service got involved, issuing an ashfall advisory for Kaʻū and saying “volcanic ash is expected to reach the region to the southwest of the Kilauea Volcano Summit (Halemaumau Crater), including cities of Wood Valley, Pahala, Punaluu, Naalehu, and Hawaiian Oceanview Estates.”

Forecasters reported the ashfall may act as an “eye and respitory irritant, low level impacts for most people.”

Due to the sustained but low-level nature of ash production from Halemaumau Crater, ash accumulation up to one quarter of an inch is expected to be deposited in the advisory area. Persons with respiratory illnesses should remain indoors to avoid inhaling the ash particles and all persons outside should cover their mouth and nose with a mask or cloth.