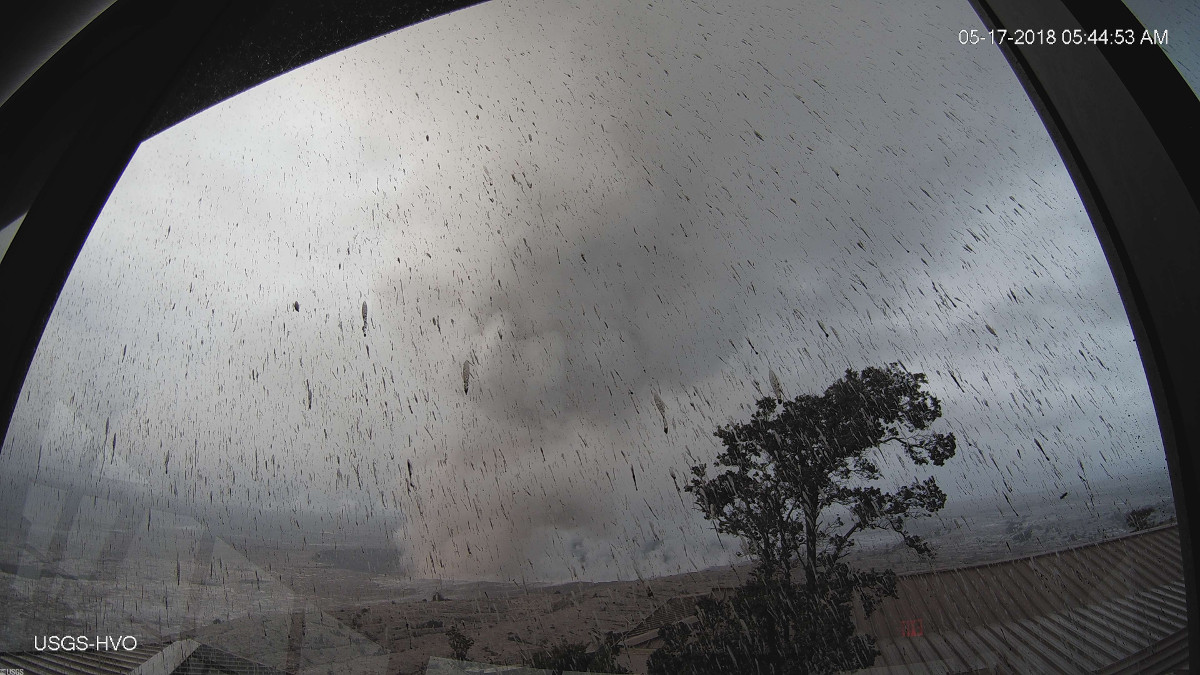 HAWAII VOLCANOES NATIONAL PARK - The resulting ash plume will cover the surrounding area. The wind will carry the plume toward the southeast.


(BIVN) – According to Hawaii County Civil Defense, the Hawaiian Volcano Observatory reports that an Explosive Eruption at Kilauea’s Summit has occurred. The resulting ash plume will cover the surrounding area. The wind will carry the plume toward the southeast. You should shelter in place if you are in the path of the ash plume. Driving conditions may be dangerous so if you are driving pull off the road and wait until visibility improves.

UPDATE (6 a.m.) – In an updated message, Hawaii County Civil Defense said the ash fallout from the explosive eruption, which occurred at 4:17 a.m. at the summit, could blow north toward Ka’u, Mountain View, Kea’au, and Hilo. The following is advised:

UPDATE (6:15 a.m.) – The National Weather Service says radar estimates the height of the plume around 30,000 feet. “Volcanic ash is expected to reach immediate vicinity of the Kilauea Volcano Summit (Halemaumau Crater), including Volcano and Glenwood,” forcasters wrote in a new Ashfall Advisory. “Due to the sustained but low-level nature of ash production from Halemaumau Crater, ash accumulation less than one quarter of an inch is possible over the advisory area. Eye and respiratory irritants with low level impacts for most people.”