PUNA, Hawaii - Multiple fissures are active on the lower East Rift Zone in Puna, and there are a number of lava flows heading downslope as a result. 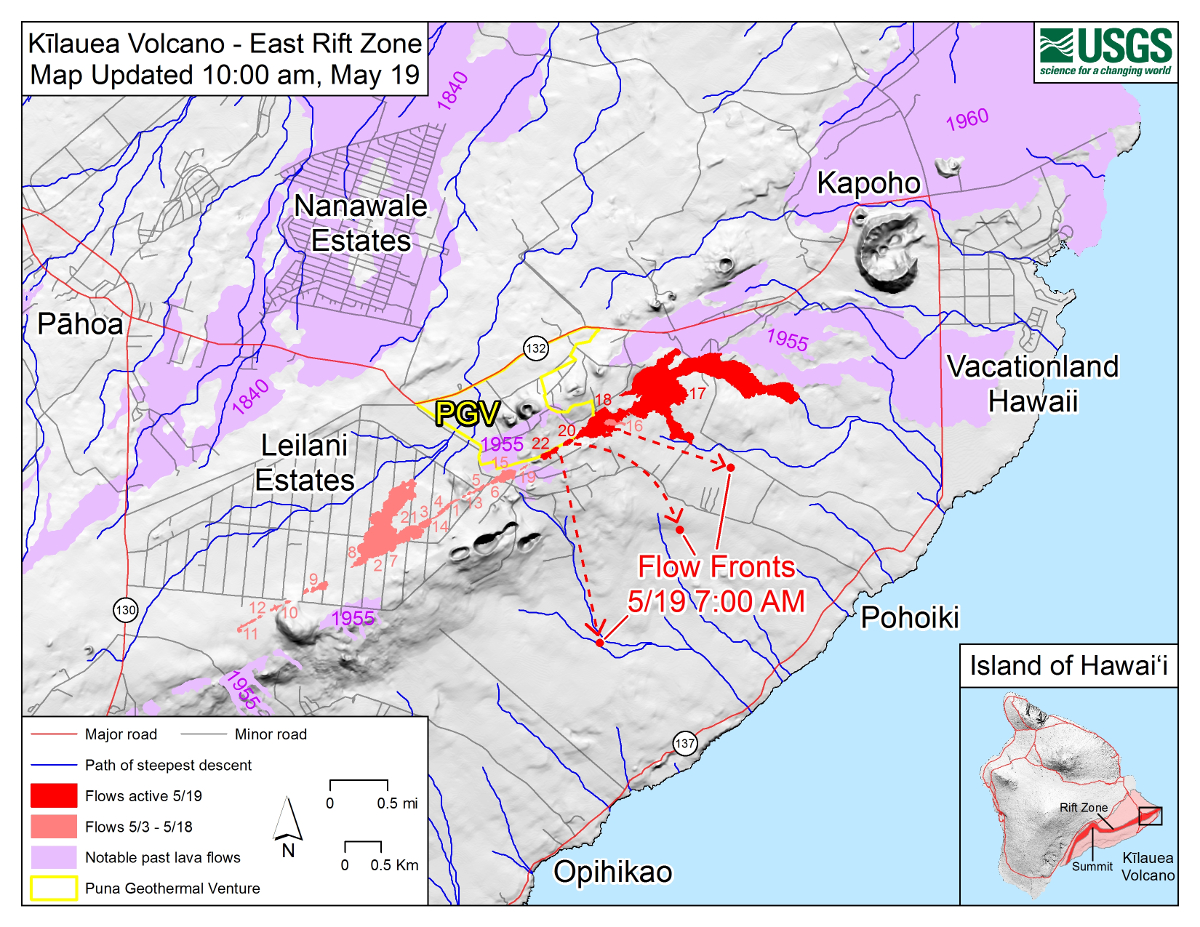 (BIVN) – The complicated series of fissures and resulting lava flows was explained on Saturday by Carolyn Parcheta, a scientist with the USGS Hawaiian Volcano Observatory. Parcheta spoke during a media press conference held in Volcano.

From this morning’s USGS update:

Beginning yesterday and continuing overnight, the rate of lava eruption has increased. Fountaining is occurring at Fissure 17, and Fissures 16-20 have merged into a continuous line of spatter and fountaining. Flows from the consolidated Fissure 20 crossed upper Pohoiki road late yesterday afternoon and continued flowing southward. This morning, the wide flow is very active and is advancing at rates up to 300 yds per hour. A second flow from the same fissure complex is also flowing southward between Pohoiki and Opihikao Rds. The lava flow from Fissure 18 continues to advance more slowly. Fissure 17 and its flow are still active but the flow is advancing even more slowly. It is unknown whether the flows will continue to advance, or stop, and new lava flows are likely given the rate of activity seen at the rift zone.

Saturday afternoon, civil defense reported lava flows in state forest reserve lands and heading in the general direction of MacKenzie State Park. “No residents are threatened at this time,” civil defense said. “Residents should be aware that the lava flow is currently .8 miles from Highway 137 and, at the current rate, may cross the highway within the next four to seven hours.”