PUNA, Hawaii - Kamaili Road is closed to all thru traffic. "No stopping, this is a high sulfur dioxide area," civil defense says. 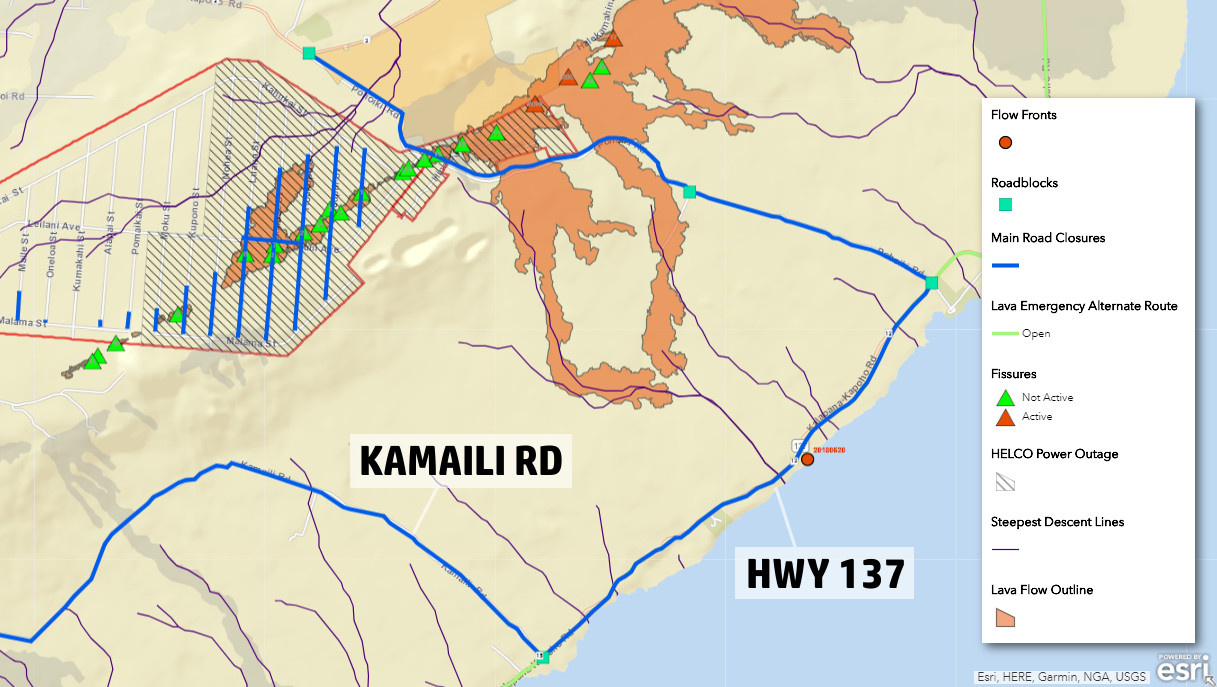 (BIVN) – Moderate-level eruption of lava continues from multiple points along the northeast end of the active fissure system, officials say.

Due to the volcanic activity, civil defense says the following information is provided for your awareness:

Due to hazardous conditions from lava and fires, the following policies are in effect:

“The residents of lower Puna are going through a very difficult time,” civil defense repeated. “We ask for your help by avoiding the affected areas if possible.” 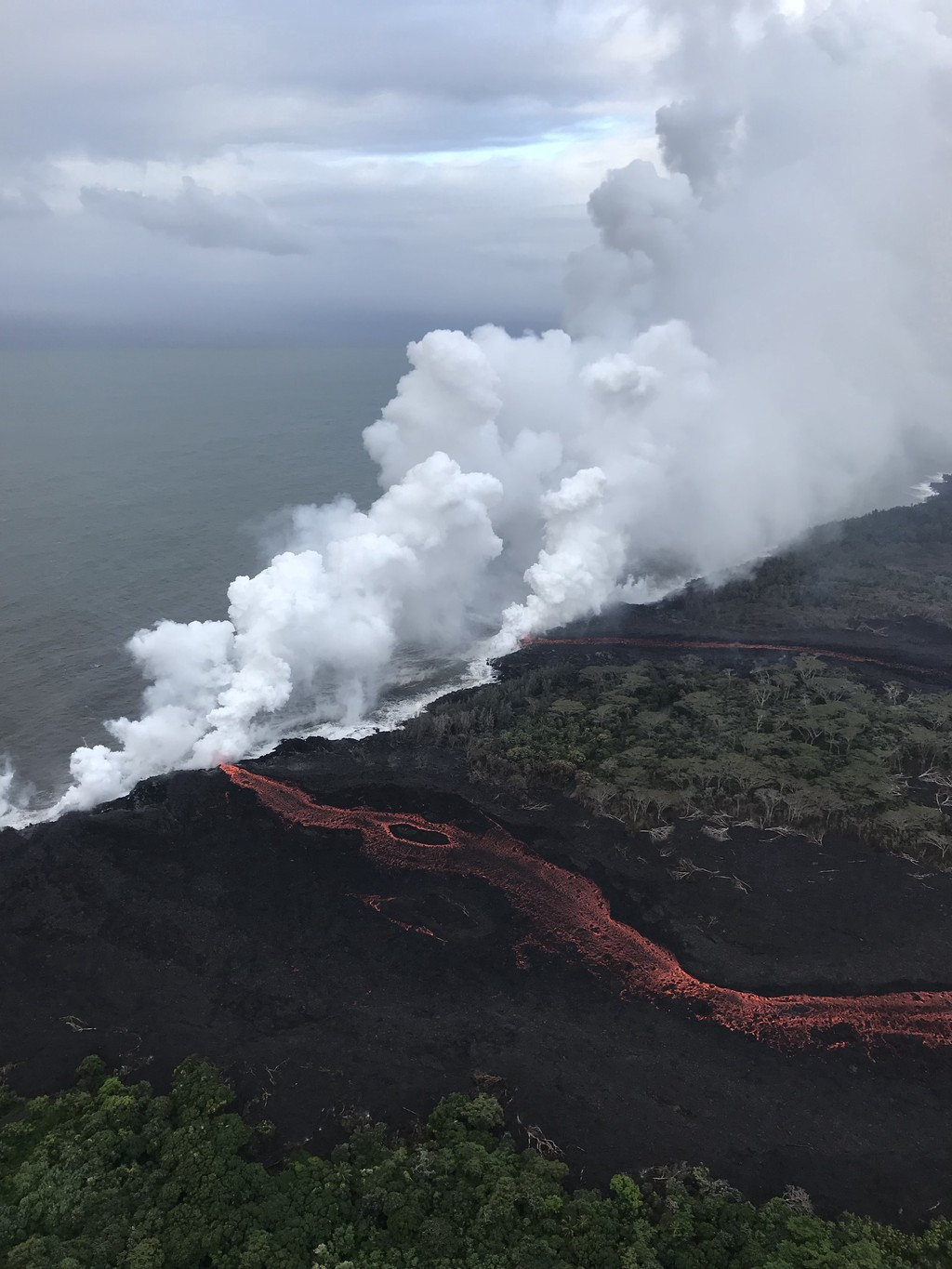 (USGS) Lava continues to enter the sea at two locations this morning. During this morning’s overflight, the wind was blowing the “laze” plumes along the shoreline toward the southwest.