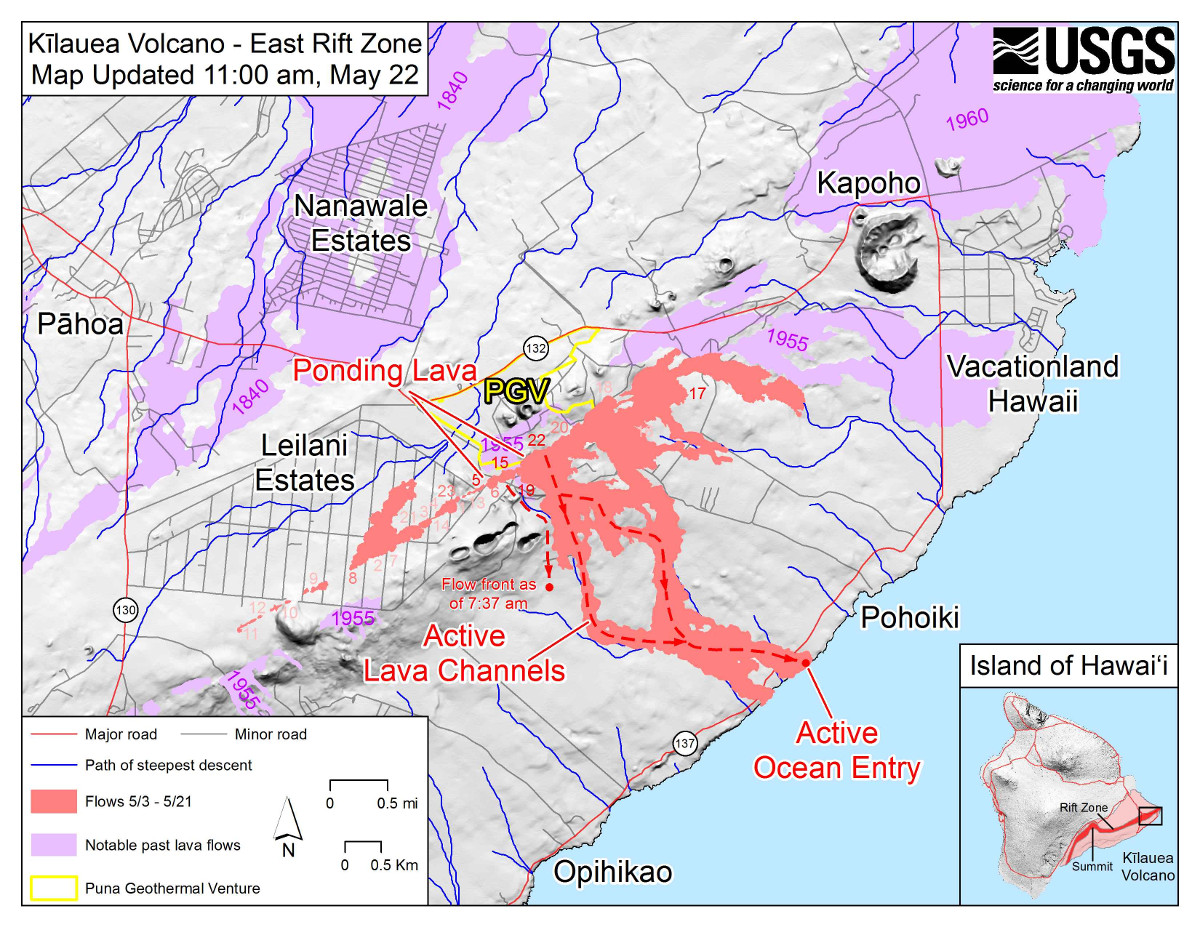 (USGS MAP) Map as of 11:00 a.m. HST, May 22. The flow field has not expanded significantly during the past day because most of erupted lava moved southward through the active lava channels and into the ocean. Note a new lava flow that was observed during this morning’s overflight west of the active channels (see label). There was a single ocean entry this morning. Shaded purple areas indicate lava flows erupted in 1840, 1955, 1960, and 2014-2015.

Eruption of lava and ground cracking continues in the area of Leilani Estates subdivision.

Over the course of the day, the most active eruptive activity in the Lower East Rift Zone shifted to the middle portion of the system of fissures. The most active fissures were 22,19, 6, 5, and 23. Fissure 17, at the northeastern end of the fissure system is only weakly active now. Fissure 6 is feeding a flow to the south, roughly parallel to the western flow from fissure 22. Fountaining of fissures 5 and 23 fed flows in the eastern part of Leilani Estates.

For recent maps of activity, see this page.

Additional ground cracking and outbreaks of lava are possible in the area. Residents downslope of the region of fissures should heed all Count of Hawaii Civil Defense messages and warnings.

Magma continues to be supplied to the lower East Rift Zone. Elevated earthquake activity continues, but earthquake locations have not moved farther downrift in the past couple of days, and there were only a few earthquakes located today in the rift zone.