PUNA, Hawaii - One lava flow is about half a mile from crossing Highway 132, and another is 2.8 miles from Four Corners. Evacuations are advised. 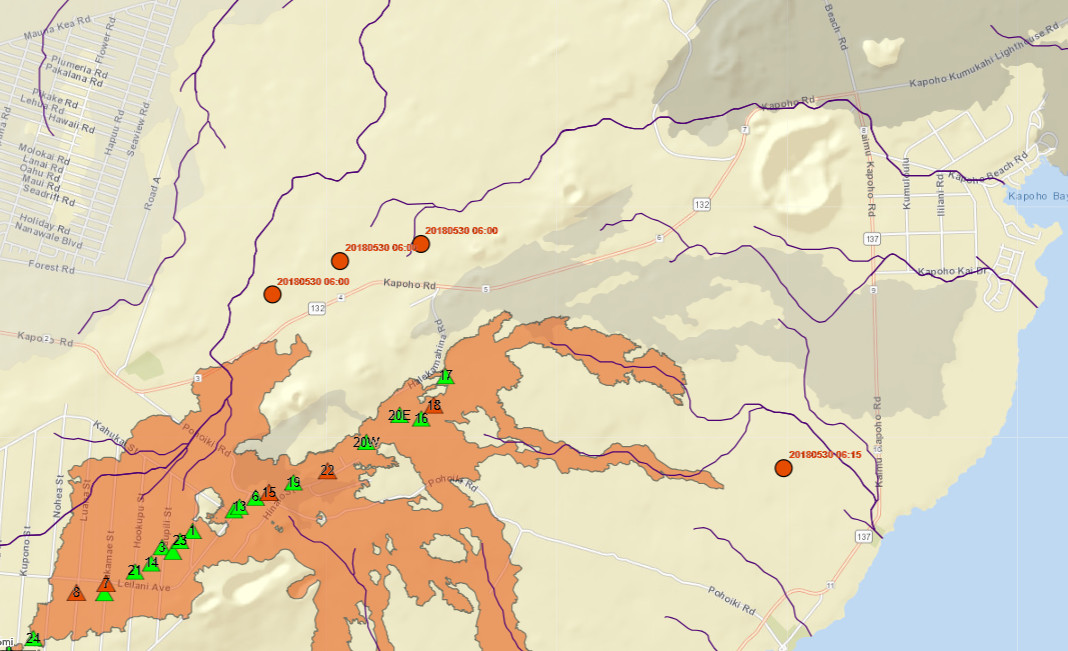 Lava from Fissure 8 is ~2.8 miles above Four Corners and advancing in pauses and surges, up to ~600 yards/hour, scientists added.

At 8 a.m., Hawaii County Civil Defense issued a new message, saying “residents of Kapoho Beach Lots and Vacationland are advised to evacuate. You are at risk of being isolated due to possible lava inundation of Beach Road near Four Corners.”

Due to the lava activity the following policies are in effect:

Fissure 8 maintained high fountains throughout Tuesday night and into Wednesday morning, with sustained heights exceeding 200 feet and the presence of multiple secondary fountains that reached to 60 feet. This fountaining continued to feed a lava flow that moved downslope along Highway 132. Advance rates accelerated late Tuesday and early Wednesday, reaching approximately 600 yards/hour. The flow moved north of Highway 132 in the vicinity of Noni Farms and Halekamahina roads, advancing along a steepest descent path that could take the flow to the Four Corners area.

The Fissure 18 flow also remained active, moving downslope toward Highway 137 at rates of less than 100 yards per hour. Overnight, sporadic bursts of activity were also observed from Fissures 7 and 15.

Pele’s hair and and other lightweight volcanic glass from high fountaining of Fissure 8 are falling to the west of the fissure and accumulating on the ground within Leilani Estates. Winds my waft lighter particles to greater distances. Residents are urged to minimize exposure to these volcanic particles, which can cause skin and eye irritation similar to volcanic ash.