Video by USGS / audio from HCCD

HAWAII ISLAND - Vacationland is completely covered by lava and a large laze plume is rising from the ocean entry in that area. The flow has filled Kapoho Bay and is extending .7 miles from shore. 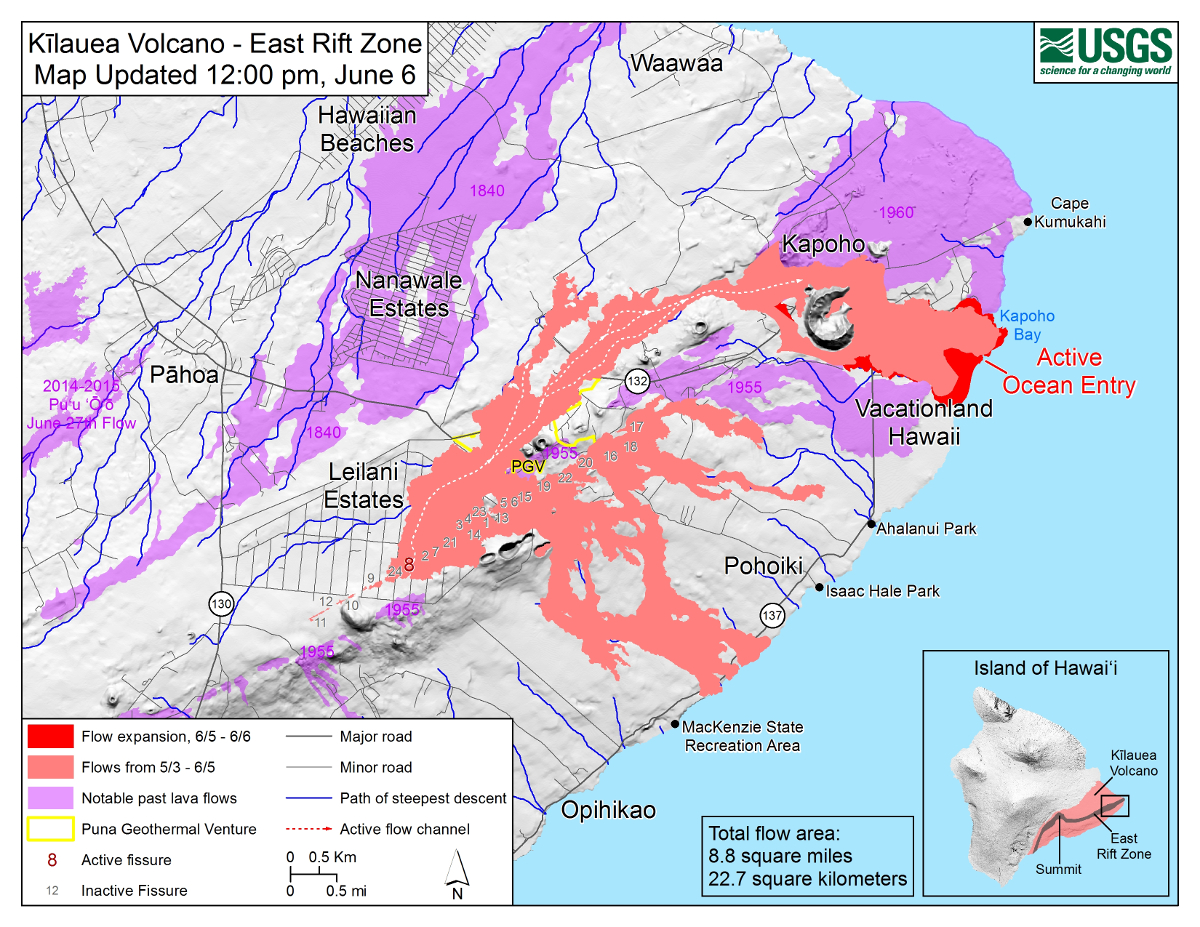 (BIVN) – Vigorous lava eruptions continue in the lower East Rift Zone. “Vacationland is completely covered by lava and a large laze plume is rising from the ocean entry in that area,” Hawaii County Civil Defense stated in a 1:30 p.m. mesdage. “The Fissure 8 flow has filled Kapoho Bay and is extending .7 miles from shore.”

Due to the current volcanic activity, emergency officials say the following policies are in effect:

“The Keaau Armory shelter has reached capacity,” civil defense says. “If you need shelter, the covered court at Pahoa Community Center is open and pet-friendly.”

Another small explosion is expected to occur at the summit, based on recent observed patterns of increased earthquake activity culminating in a small explosion.

USGS is now livestreaming a video of the Halemaʻumaʻu Crater at Kīlauea Volcano on YouTube.

Civil Defense also has this warning about a change in air quality for parts of the island:

The National Weather Service reports slow, easterly winds are expected to bring vog to the island interior starting tonight, and over the next two days. Volcanic gas output and ash emissions may increase, affecting air quality across the central and southern half of the island. The trades are expected to pick up again by the weekend.

Due to the changing wind conditions, civil defense says the following is provided for your information: