HAWAII ISLAND - Rapid Response workshops are planned for Hawai’i Island residents whose employment status or business operations have been affected by the lava flow. 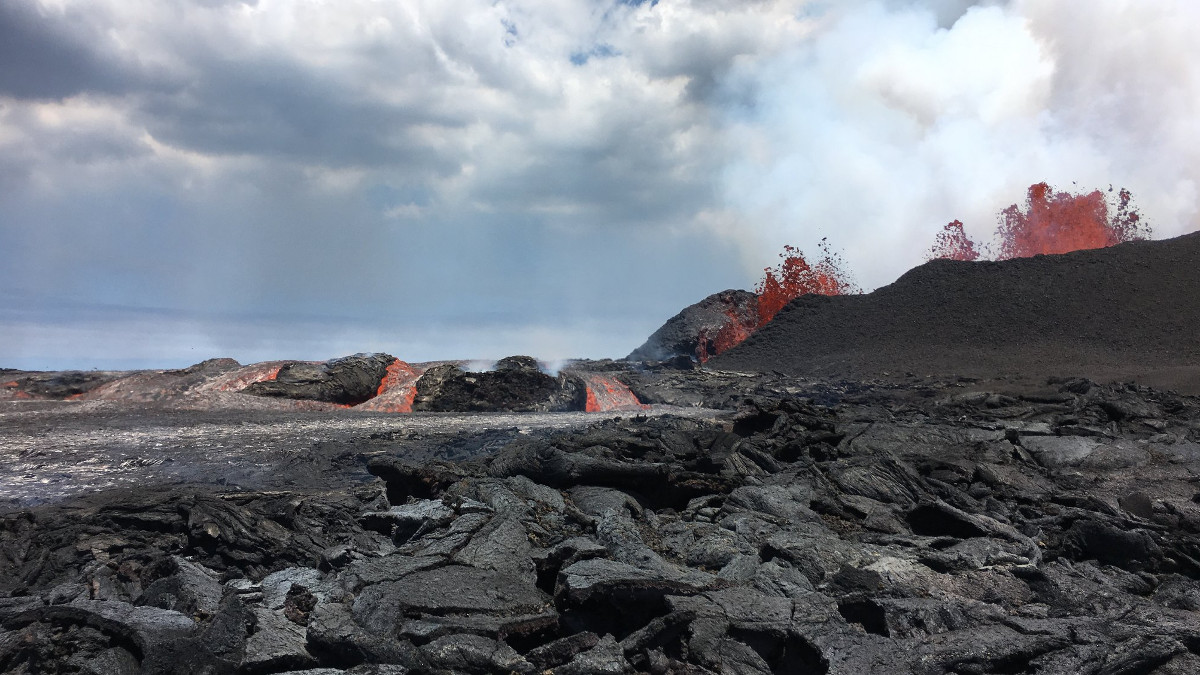 USGS: Fissure 8 and channel on the afternoon of June 10.

Hawaiian Volcano Observatory reports that the eruption continues in the lower East Rift Zone. Fissure 8 continues to produce a large channelized flow that is entering the ocean at Kapoho Bay and producing a large laze plume. Gas emissions from the fissure eruption and at the ocean entry continue to be very high. Hawaiian Volcano Observatory also reports that a steam explosion occurred at the Kilauea Summit early this morning, be aware of ash fallout through Ka’u.

Due to volcanic and air quality conditions, the following guidance is given:

Due to the current volcanic activity, the following policies are in effect:

The shelter at Pahoa Community Center is open and pet-friendly. The Keaau Armory shelter has reached capacity.

A line of closely spaced vents at Fissure 8 are continuing to erupt producing fountains reaching heights up to 160 feet, just higher than the spatter cone around them. This activity continues to feed the fast moving channelized flow that is entering the ocean at Kapoho. Weak spattering is continuing at Fissures 16 & 18 as has been noted for the last several days. This evening’s over flight showed a strong steam plume on the south end of the ocean entry with frequent steam explosions at the flow front.

At 1:52 a.m. HST on Tuesday morning, scientists say another small explosion occurred at Kīlauea’s summit. “This event and many of its precursory earthquakes were widely felt in the Volcano area,” the USGS said. “Ashfall may impact communities in the south part of the island.”

Seismicity levels have been increasing since the small explosion this morning. There have been no significant ash emissions since that early morning event. If the pattern of seismic increase seen before previous explosions continues to repeat we expect there may be another event in the next 6-12 hours. Inward slumping of the rim and walls of Halema`uma`u continues in response to ongoing subsidence at the summit.

In conjunction with the State of Hawai’i, the Hawai’i County’s American Jobs Center will be conducting Rapid Response workshops for Hawai’i Island residents whose employment status or business operations have been affected by the lava flow, county officials announced.

These workshops will be held as follows: