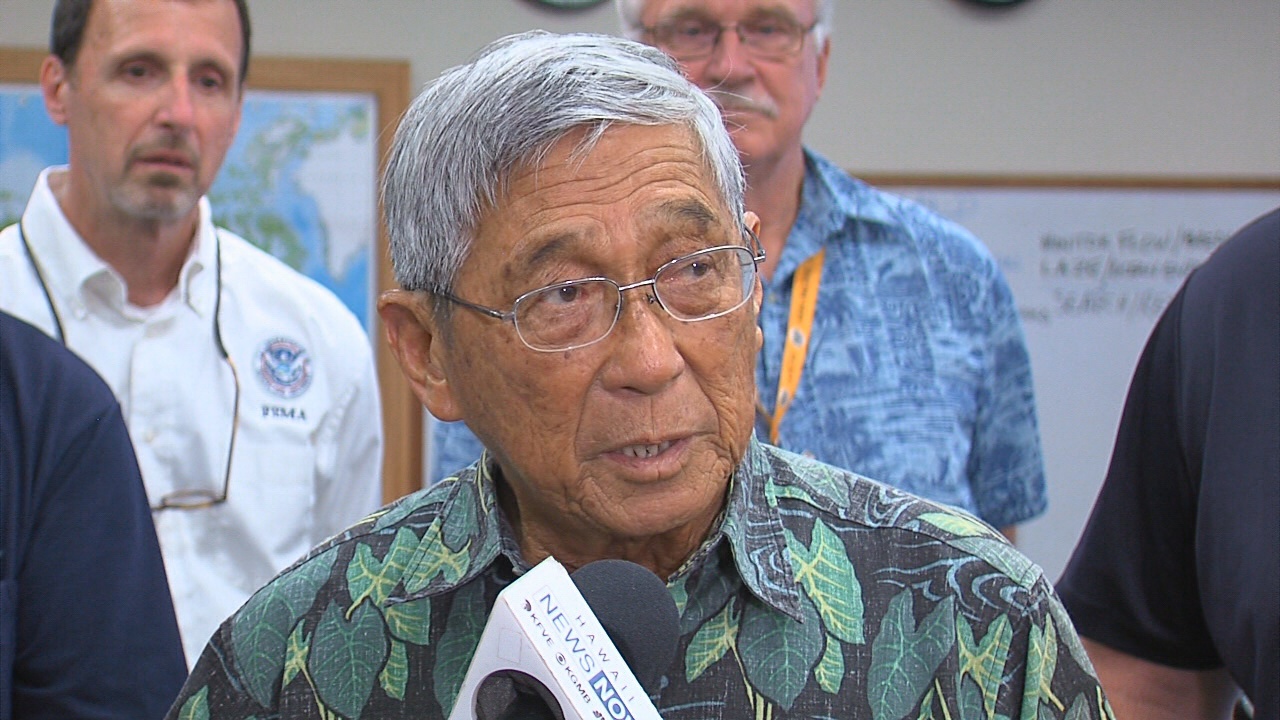 image of Mayor Kim taken from video recorded on June 11

(BIVN) – Hawai’i County Mayor Harry Kim promised to “stay home today”, after being diagnosed with a relapse of pneumonia.

The mayor was taken to the Emergency Room at Hilo Medical Center early Friday morning, after he reported suffering severe chills. His wife called 911 for an ambulance. He has since been released from the ER and is resting at home, county officials say.

“They made me promise to stay home today,” Mayor Kim said, quoted in a county media release.

Mayor Kim was diagnosed with walking pneumonia in early May. Before that, at the end of April, Kim was medevaced to an Oahu hospital after experiencing heart attack symptoms.

The county also talked about the mayor’s health in relation to the ongoing eruption of Kilauea volcano in this release:

The Mayor has been at the helm of the ongoing response to the Puna eruption, and late Thursday night he was taking a look at the preparations of the Federal Emergency Management Agency (FEMA) Disaster Recovery Center at the Kea’au High School gym. The facility opened its doors to offer individual assistance to the public on Friday morning.

On Thursday, the President approved the Governor’s request for the Federal government’s full scope of individual assistance programs to address issues such as shelter needs, unemployment, trauma and legal matters.

Mayor Kim said he called Governor Ige Friday morning to thank him for his help in securing individual assistance for Hawai’i County residents who lost their homes and property in the volcanic eruption that began on May 3.

“I thanked the Governor and his entire staff for expediting the application for the Individual Assistance,” the Mayor said in a released statement. “I’m so proud of all of the people in this effort –County, State and Federal, and I’m so happy for the people of Puna.”