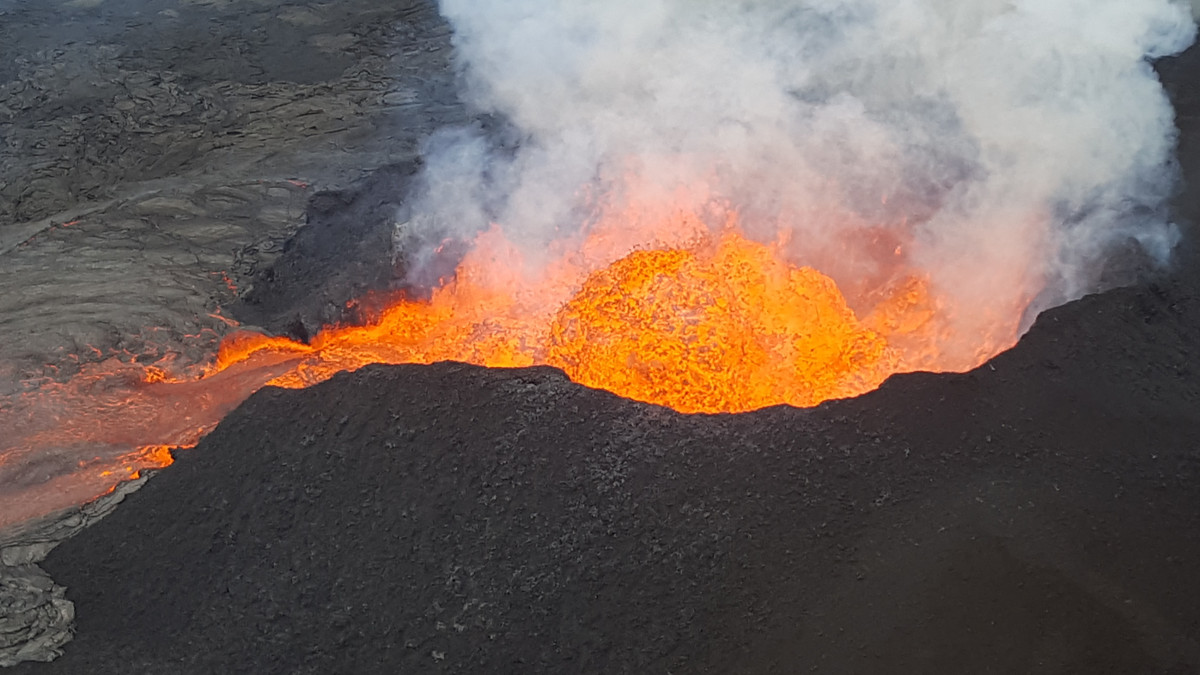 (BIVN) – Fissure 8 continues to be very active with a fast moving channelized lava flow entering the ocean at Kapoho Bay. The vent is producing a large SO2 plume and there is a large laze plume at the ocean entry, civil defense reported this morning. Seismic activity continues at Kilauea Summit.

According to the government tally, 533 homes have been destroyed since the eruption began in early May. 5,914 acres, or nine and a quarter square miles of land, has now been impacted.

“Fissures 16/18 continue to ooze lava,” scientists reported last night. “Incandescence (visible in PGcam to the left of fissure 8 most nights) and mild spattering were observed from Fissure 6. The flow field is relatively stable with little change to its size and shape for the past few days.”

Civil defense says a Disaster Recovery Center, or DRC, is open daily from 8 a.m. to 8 p.m., and is located at the Keaau High School Gym.

Today, Tuesday and Wednesday, free medical, dental and eye care will be available at “Tropic Care 2018” at Kea’au High School. Additional screening days are scheduled during the coming weeks.