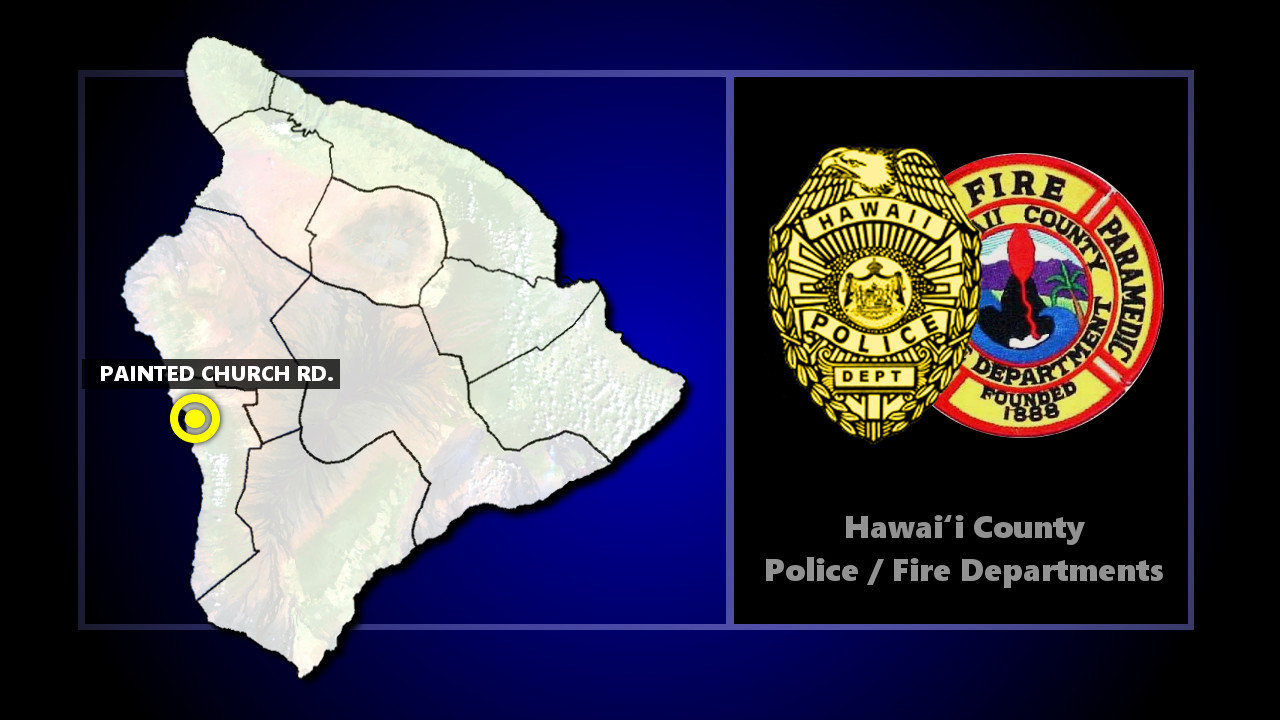 SOUTH KONA, Hawaii - Painted Church Road from Bayview Farms south to Keala O Keawe was closed due to the shooting incident on Saturday.

(BIVN) – 1 person is dead and two others injured in a reported shooting in the area of Honaunau on Saturday.

At 6:16 p.m., Hawaii County Police announced the closure Painted Church Road from Bayview Farms south to Keala O Keawe, due to “Police Activity”, and in a Nixle alert, urged motorists use alternate routes.

Co.6 and Medic 12 never arrived at scene, the fire department says, but rather Medic 12 “rendezvoused with patient driven by family member in personal vehicle” at the 106.5mm on Highway 11.

From the fire dispatch:

We will have more information on this incident.