Video from various sources, audio from 11 am media conference call

PUNA, Hawaii - The lava delta at Kapoho is advancing southward, and the closest lava is now just over half a mile away from Ahalanui Beach Park, officials said today. 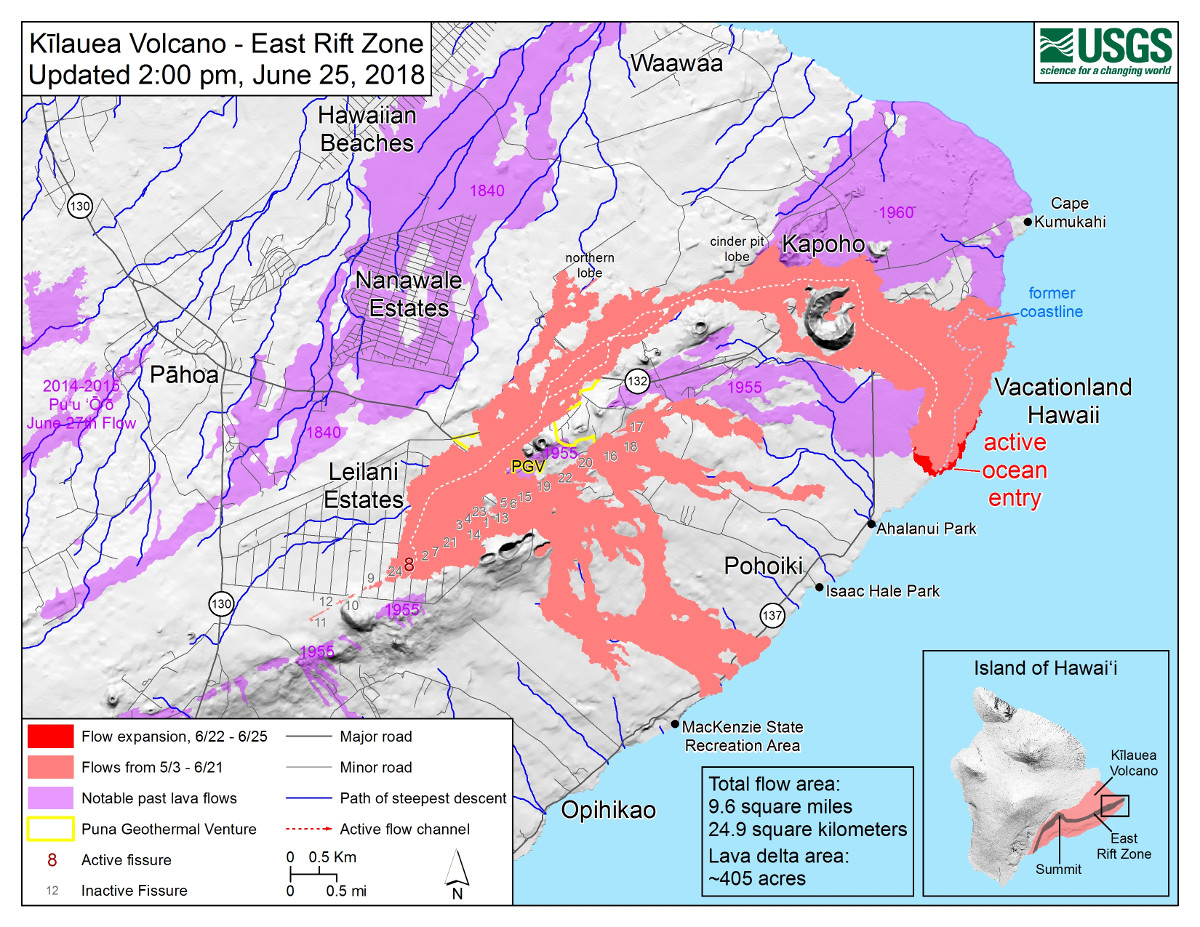 (BIVN) – Scientists continue to analyze the lava flow produced by Fissure 8 in Leilani Estates as it travels about 14 kilometers (or 8 and 1/2 miles) to the ocean.

Speaking to media during a Monday conference call, Mike Zoeller with the Center for the Study of Active Volcanoes at the University of Hawaii-Hilo said he recently witnessed lava moving in the open channel at a top speed of 25 kilometers per hour (or about 15.5 miles per hour), but noted that on Friday night, a colleague measured the lava in the channel flowing faster at 35 km/h.

Zoeller said there are no significant overflows of the lava channel at this time that are threatening any nearby communities. “So far all of those spill-overs have moved at a slow rate because they’re generally caused by small-scale failures at the top of the levees closest to the channel,” Zoeller explained.

The closest lava is now just over one kilometer, or a little over half a mile, away from Ahalanui Beach Park, Zoeller said.

Fountains from Fissure 8 spatter cone continue to supply lava to the open channel with only small, short-lived overflows. The spatter cone is now 180 ft tall at its highest point, and fountains only occasionally rise above that point. The lava flow front at the coast broadened southward and is now nearly 2 miles in width. Lava is entering the sea this morning on the southern side of the flow front primarily through the open channel, but also along a 1-kilometer (0.6 mi) wide area marked by billowing laze plumes. Fissure 22 is weakly active and Fissure 16/18 was not observed this morning.