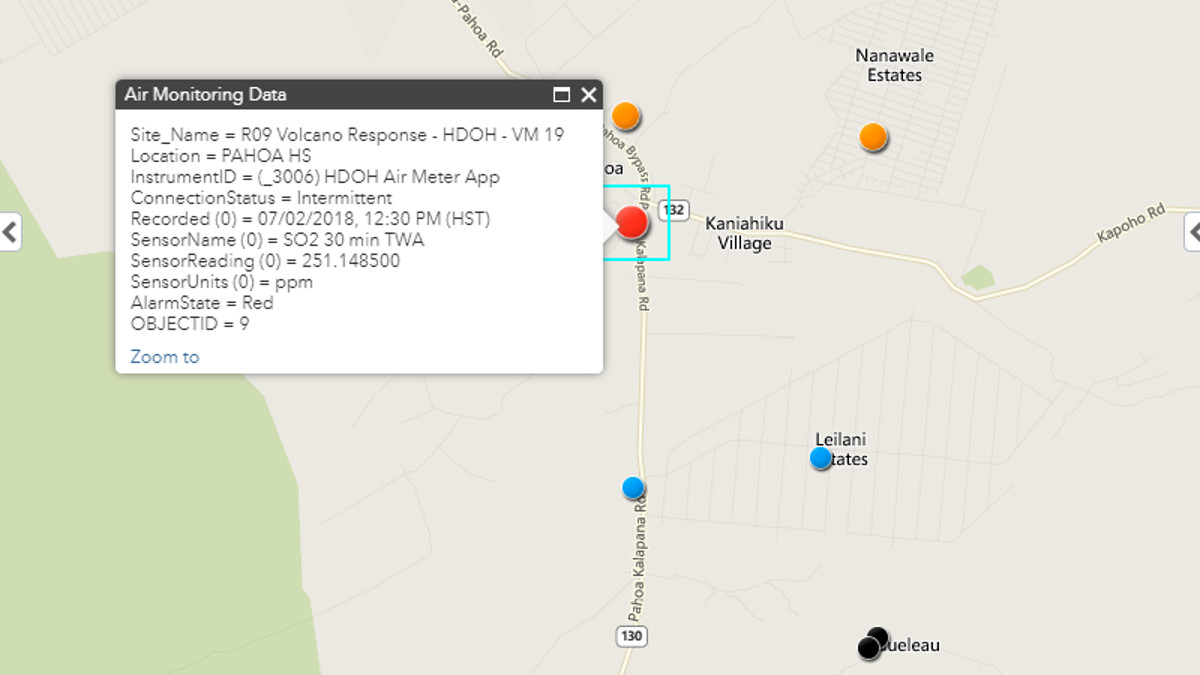 PUNA, Hawaii - The State of Hawaii Department of Health is reporting elevated gas levels due to the ongoing eruption and current weather in the lower East Rift Zone of Kilauea Volcano. 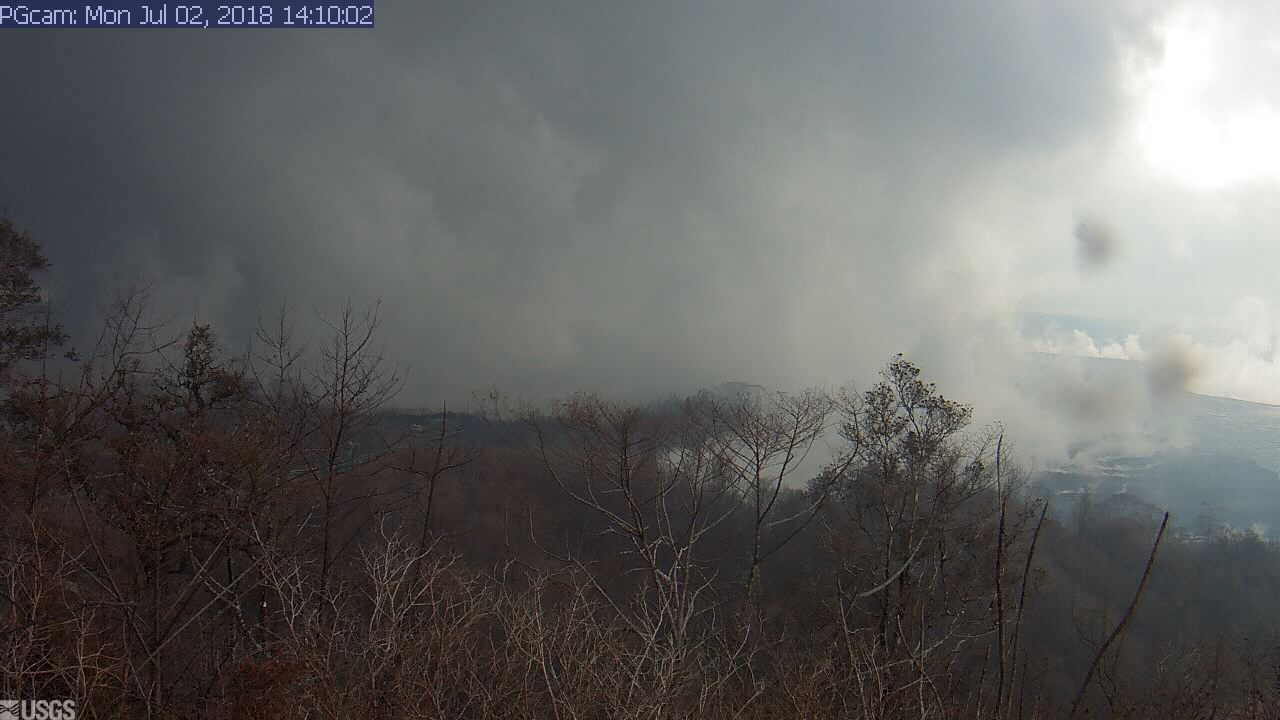 USGS Webcam: This image is from a temporary research camera positioned near Kapoho looking southwest. From left to right, one can see the eruptive fissures, with Fissure 15 on the far left, and Fissure 8 near the center.

(BIVN) – Residents and emergency officials are reporting high levels of sulfur dioxide (SO2) in the area of the lower East Rift Zone eruption on Monday afternoon.

According to a Hawaii County Civil Defense message, the State of Hawaii Department of Health “reports Elevated Gas Levels due to the ongoing eruptions and current weather in the lower East Rift and Pahoa area. The National Weather Service forecast that light winds are causing Sulphur dioxide to fill in the area.”

Due to the high levels of gas, civil defense has provided the following information for your awareness:

At 2 p.m., air monitoring data from Pahoa shown on an EPA website measured SO2 levels at a red, or unhealthy level.

Pu’uhonua O Puna, or the Hub, also shut down due to the air quality today. Ikaika Marzo reports SO2 levels were as high as 5.2 ppm.

Northeast tradewinds are expected to build in later today and push winds to the southwest through the rest of the week and improve air quality, officials say. The Pahoa Community Meeting regarding the eruption to still be held Tuesday, July 3 at 5 p.m. at the Pahoa High School cafeteria, officials say.