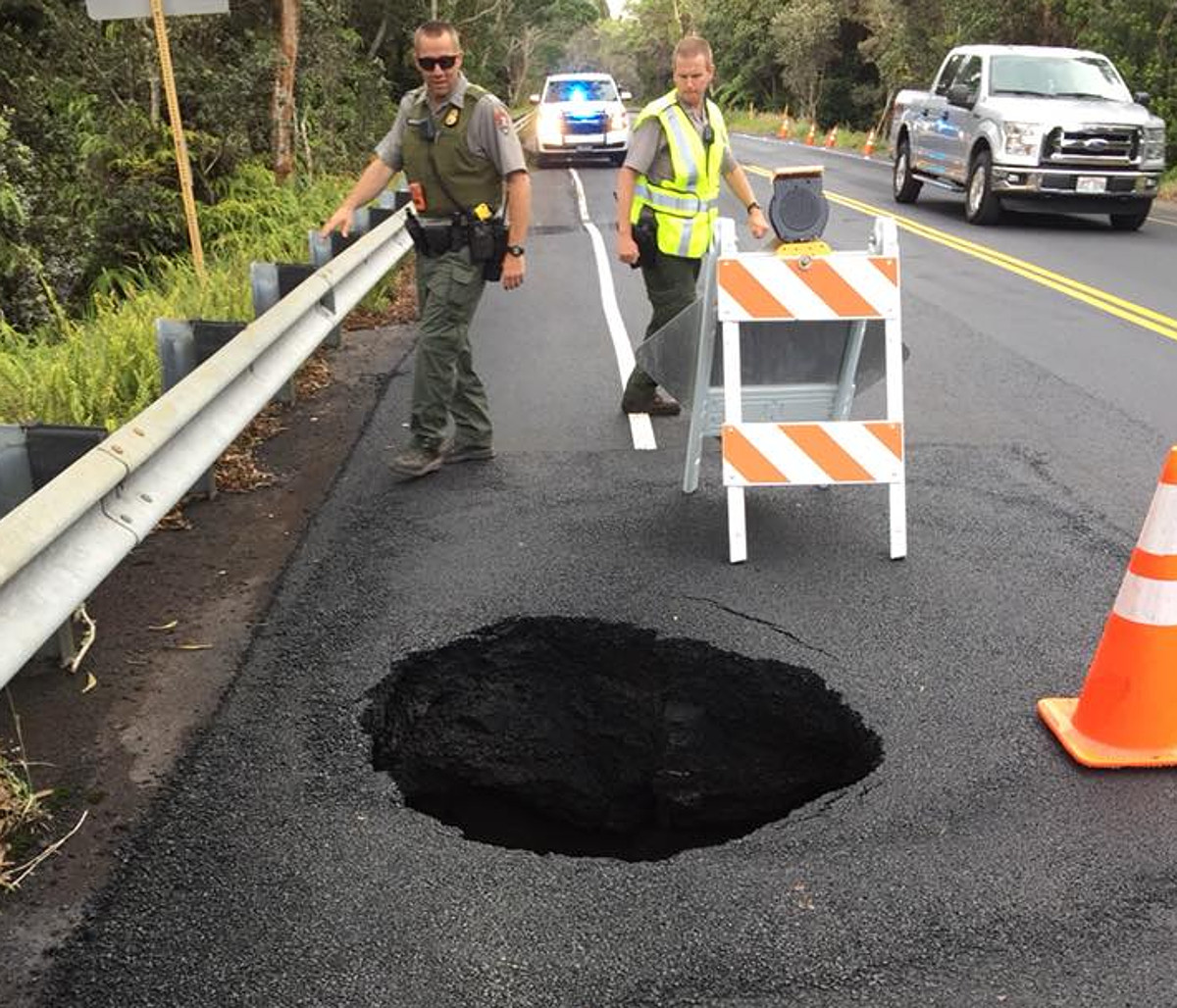 Sinkhole Shuts Down One Lane On Highway 11 In Volcano

VOLCANO, Hawaii - The damage occurred at the 30 mile marker of Highway 11 near Volcano Country Club. Avoid the area if possible, emergency officials say.

UPDATE (8:50 p.m.) – As of 8:26 p.m., July 5, the Hawaii Department of Transportation reports “our crews have inspected the damage at mile marker 30 and we will keep one lane open in the area unless conditions change.” Work to fill the 15′ X 20′ hole in the outbound lane will begin tomorrow, July 6, the state says. (corrected)

(BIVN) – Officials say Highway 11 in the vicinity of the 30 mile marker near Volcano Country Club is restricted to one lane, due to damage to the roadway.

A deep, 5 foot diameter hole appeared today in the Kona bound lane, Hawaii Volcanoes National Park stated on Facebook. “Our rangers are on site directing traffic,” the park service stated. “Drive carefully, expect delays, and one lane open until repairs can be made.”

The multiple collapse explosion events at the summit of Kilauea Volcano, and the related earthquakes, have been stressing the surrounding environment, including the highway. Inward slumping of the rim and walls of Halemaʻumaʻu continues in response to ongoing subsidence at the summit.

“Motorists in the affected area are advised to drive with caution as State Highways and National Park personnel are on scene,” Hawaii County Civil Defense said in a message issued Thursday evening. “Avoid the area if possible, as alternate routes are not available at this time.”

The State Department of Transportation also put out an alert, asking motorists to avoid Highway 11 in Volcano. “Crews will be assessing and monitoring the situation,” the Hawaii DOT said. “One lane is currently open and updates will be provided as they become available.”

“You will be informed as conditions change,” civil defense said.