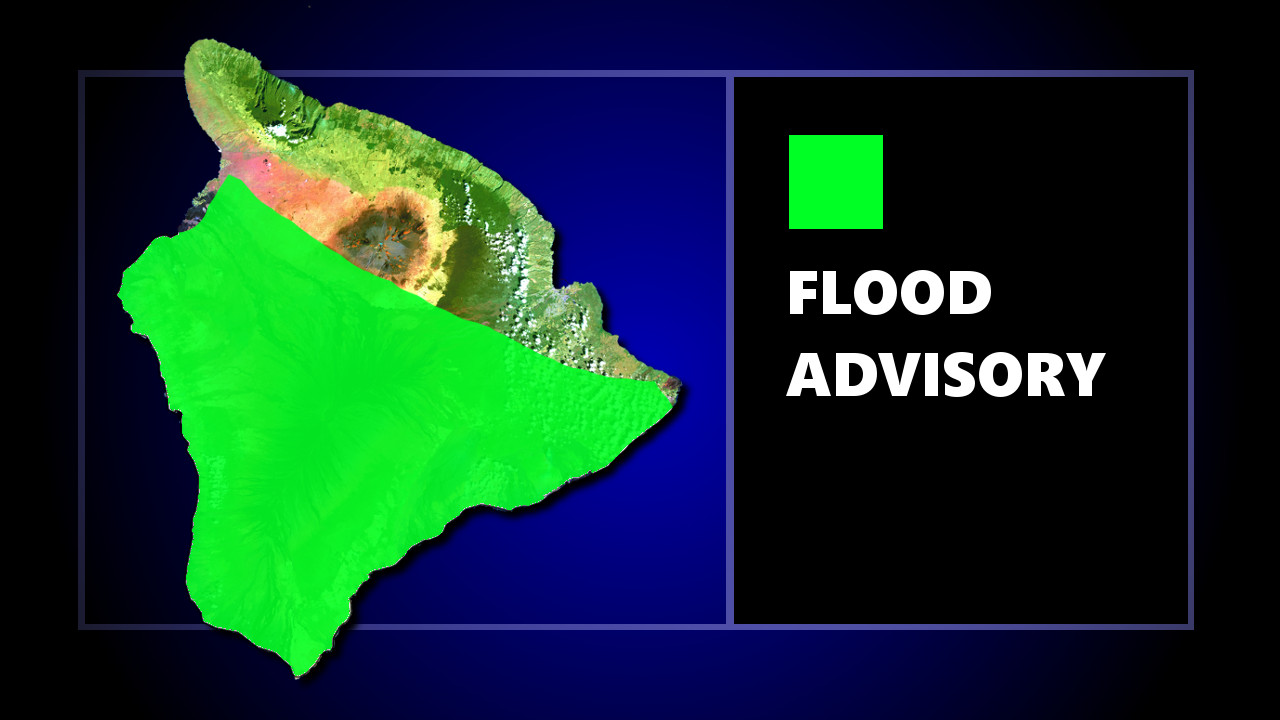 HAWAII ISLAND - Locations in the advisory include but are not limited to Captain Cook, Puuanahulu, Honaunau, Kahaluu-Keauhou, Kainaliu, Pahoa, and Kalapana.

(BIVN) – The National Weather Service in Honolulu has extended the Flood Advisory for Hawaii Island to include Ka’u and Kona.

At 1207 PM HST, radar indicated separate areas of heavy rain falling across the southern Puna District and leeward slopes in and around Kailua-Kona. Nearly stationary showers persist near and downwind of active volcanic fissures just west of Leilani Estates, mainly upslope of Highway 130. Heavy showers have also developed across South Kona slopes, with additional areas of heavy rainfall forming near Waikoloa Village. Rain rates of up to 3 inches per hour have been observed.

Locations in the advisory include but are not limited to Captain Cook, Puuanahulu, Honaunau, Kahaluu-Keauhou, Kainaliu, Pahoa, and Kalapana.

Due to the potential thunderstorms, the following advisories were issued by Hawaii County Civil Defense:

The Flood Advisory is in effect until 3:15 p.m. HST. but may need to be extended if heavy rain persists.