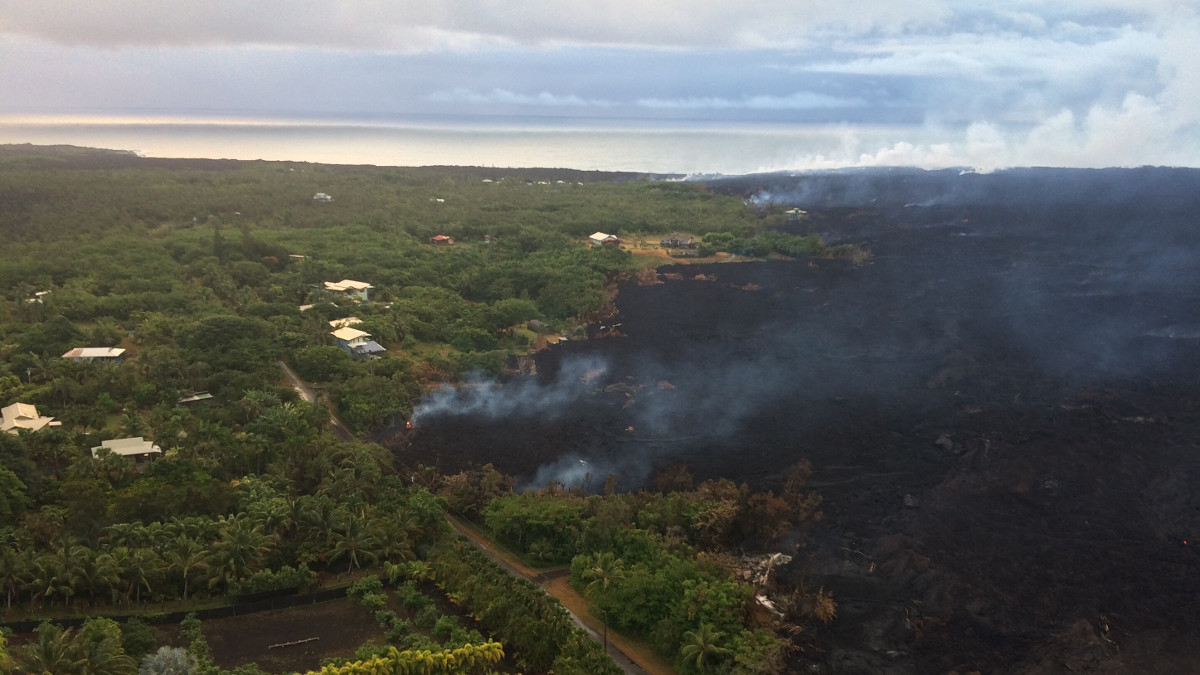 image of lava in the Kapoho-area of Puna, courtesy USGS Hawaiian Volcano Observatory

PAHOA, Hawaii - The Pahoa Community Center has been designated as a dual polling place for precincts 04-03 and 04-04 for the Primary Election, election officials announced.

(BIVN) – The State Office of Elections issued a supplementary proclamation on Friday, designating the Pahoa Community Center as a dual polling place for the eruption-ravaged Puna precincts of 04-03 and 04-04.

According to the Office of Elections:

The supplementary proclamation establishes Pahoa Community Center as a polling place for voters of precincts 04-03 and 04-04 to ensure they are able to cast their ballot for the Primary Election. This proclamation comes after reports from the Hawaii County Civil Defense indicating that the situation has stabilized and it is safe to open a polling place in the community. Election officials will continue to work with Hawaii County Civil Defense to monitor the situation for the upcoming elections.

The ACLU of Hawai’i recently recently sent a demand letter to the State Chief Elections Officer, expressing concerns “about the constitutionality of the Office of Elections’ original voting plan for precincts 4-03 and 4-04, which did not allow for in-person voting and registration on election day.” Congresswoman and gubernatorial candidate Colleen Hanabusa, State Senator Russell Ruderman, and State Representative Joy San Buenaventura also expressed similar concerns.

“The ACLU of Hawai‘i extends our sincere thanks to Chief Election Officer Scott Nago and Hawai’i County Clerk Stewart Maeda for the new proclamation issued today,” said ACLU Executive Director Joshua Wisch. “As a direct result of their decision, taken in coordination with County of Hawai’i Civil Defense, Hawai’i Island residents who have been affected by the volcanic activity will now be able to fully exercise their right to vote. These voters will be able to benefit from same-day registration and be able to vote in person on election day. This is a great development for the voters of Hawai‘i Island. We applaud these officials and their teams for making it happen and are pleased to help spread the word.”

The Office of Elections says voters of 04-03 and 04-04 are reminded that they can still vote by mail by submitting their ballot to the Clerk’s Office by the close of polls, 6:00 p.m. on August 11. Additionally, the Pahoa Community Center will be open for early voting from July 30 to August 9. All voters may visit any Early Walk in Voting location in the county to vote.