PUNA, Hawaii - The fast-moving lava flow that went around the west side of Kapoho Cone has met the ocean in the vicinity of Secrets Surf Spot next to Ahalanui Beach Park. 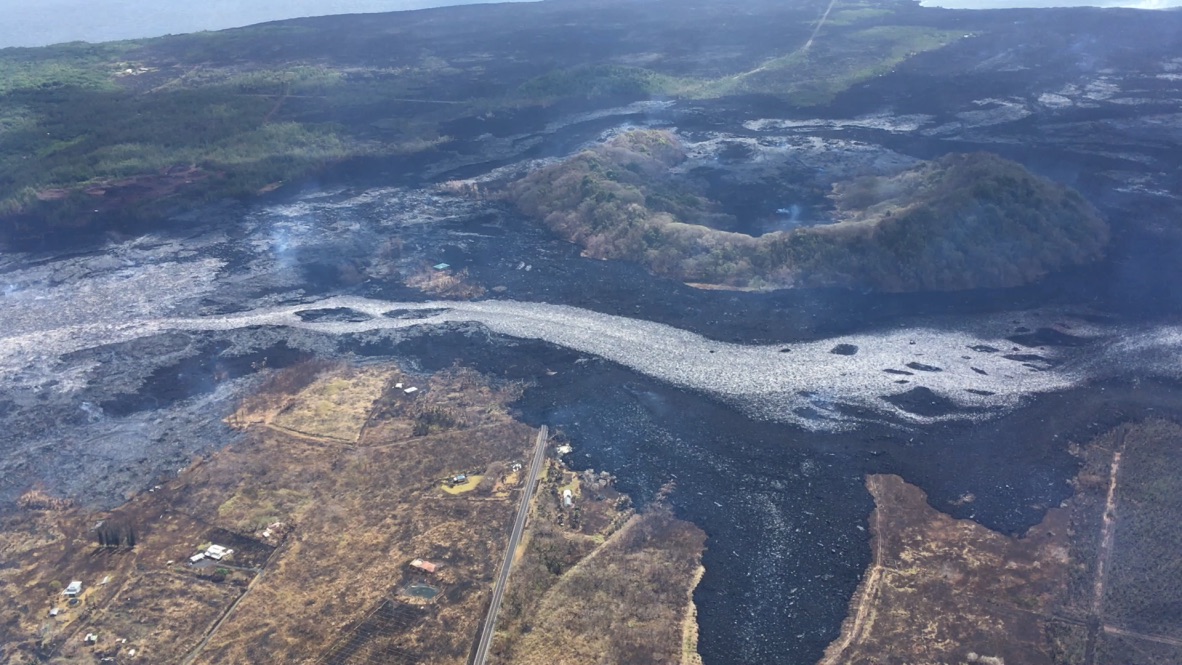 During an overflight this morning, the Hawaii County Fire Department captured this image looking east toward Kapoho Crater. A breakout from the south margin of the main fissure 8 channel is sending a lava flow west of the crater (center, from left to right). The flow is advancing to the south toward Ahalanui (warm ponds).

(BIVN) – A new ocean entry has been observed near Ahalanui Beach Park in Puna, as a fast-moving channelized ʻaʻā flow appears to have met the sea.

Live videos from lava boat operators Ikaika Marzo and Shane Turpin streamed to Facebook show huge plumes in the areas of Secrets Surf Spot, although the laze from the new lava entry obscured a view of Ahalanui Beach Park, home of the popular warm ponds.

Civil defense said that break outs that occurred earlier today in Leilani Estates have stalled but destroyed three homes in the area. 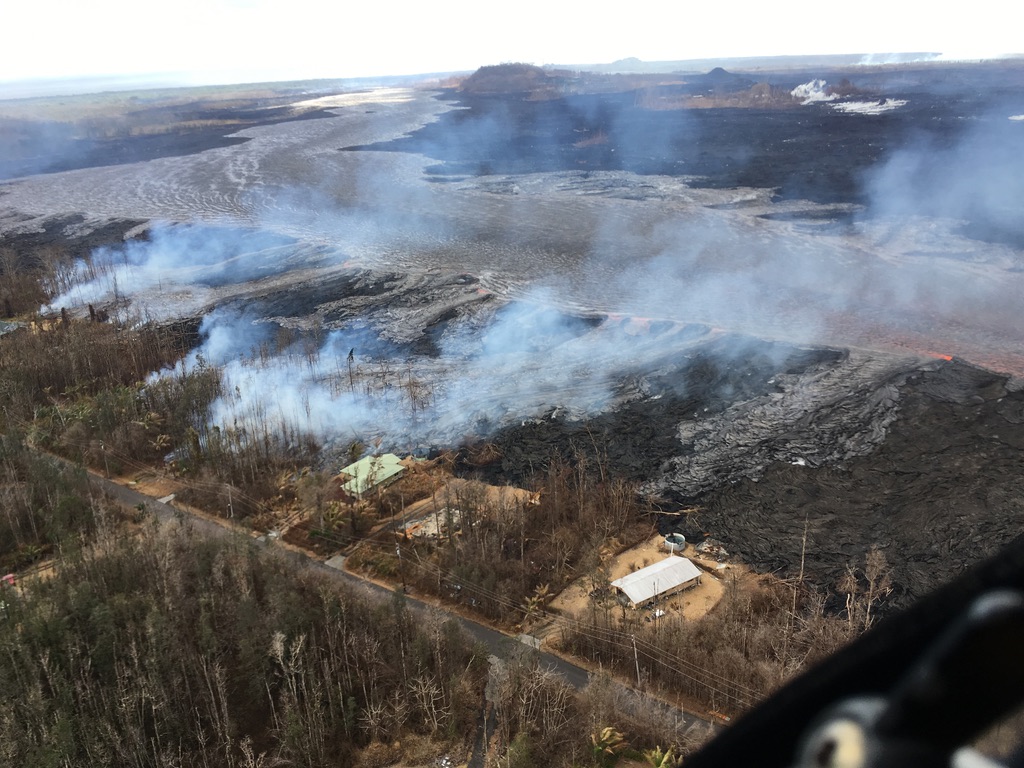 Hawaii County photo shows the lava overflows that occurred earlier in the day in Leilani Estates.