PUNA, Hawaii - Civil Defense is warning of potential spill overs of the Fissure 8 lava channel on the lower East Rift Zone, following a collapse/explosion event at the summit. 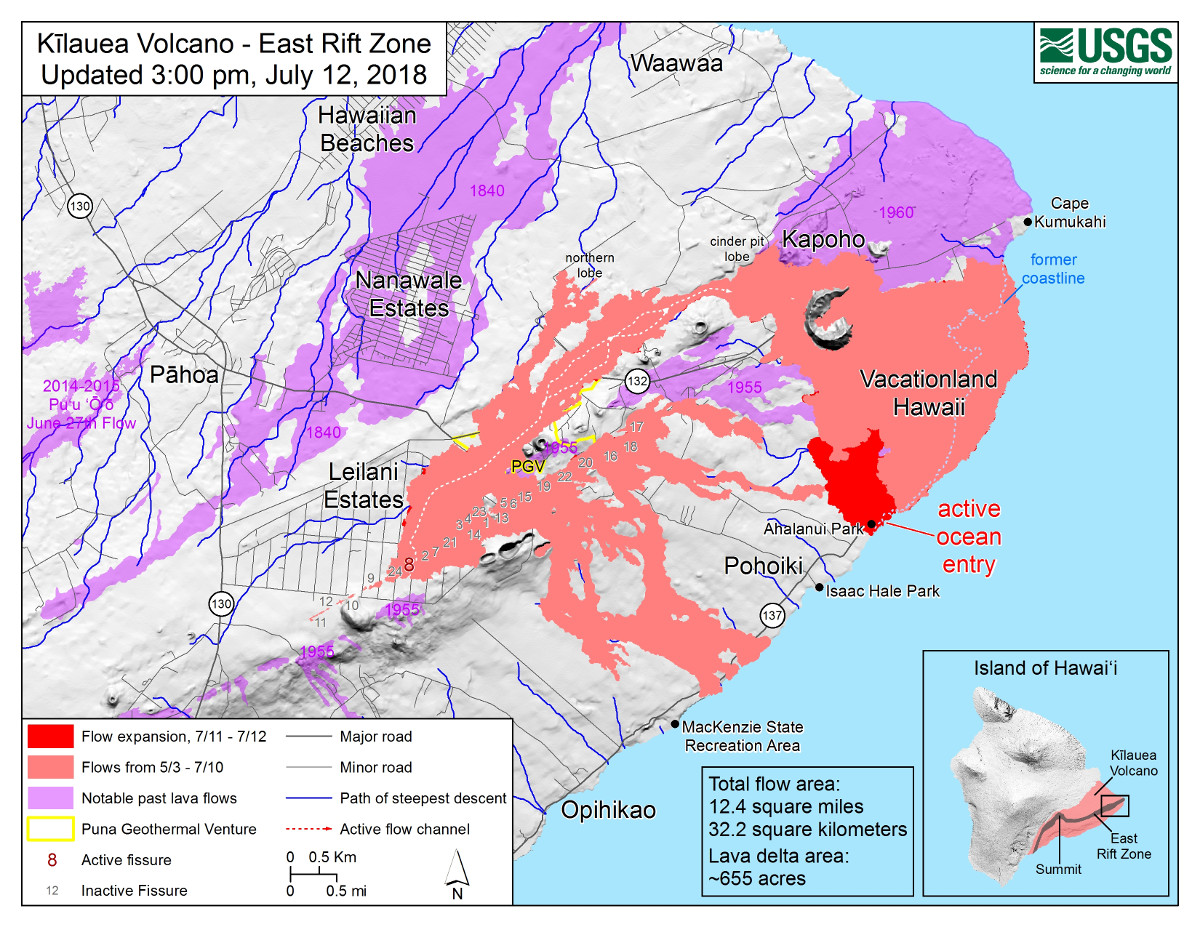 About an hour after the conference call ended, another collapse/explosion event occurred at the summit of Kilauea Volcano (2:42 p.m.) with energy equal to a magnitude 5.3 earthquake. The event put Hawaii County Civil Defense on alert.

“Previous collapse/explosion events have generated a surge of lava in the lower east rift zone about 2 hours after the collapse which resulted in spillovers of the channel,” civil defense said in a 4 p.m. message. “Be aware that spill overs of the flow channel and other breakouts are possible on the active flow field, do not access the active flow field due to extreme hazard.”

Fissure 8 continues to erupt lava into the perched channel leading northeastward from the vent. Lava levels in the upper channel between Fissure 8 and Pohoiki Rd. are low this morning but are expected to rise after the next collapse/explosive vent at Kīlauea summit. Overnight, the diverted channelized ʻaʻā flow west of Kapoho Crater advanced to the ocean destroying the Kua O Ka La Charter School and Ahalanui Count Beach Park and establishing a robust ocean entry. Despite no visible surface connection to the Fissure 8 channel, lava continues to ooze out at several points on the 6 km (3.7 mi) wide flow front into the ocean. Fissure 22 has no visible activity. No other fissures are active.