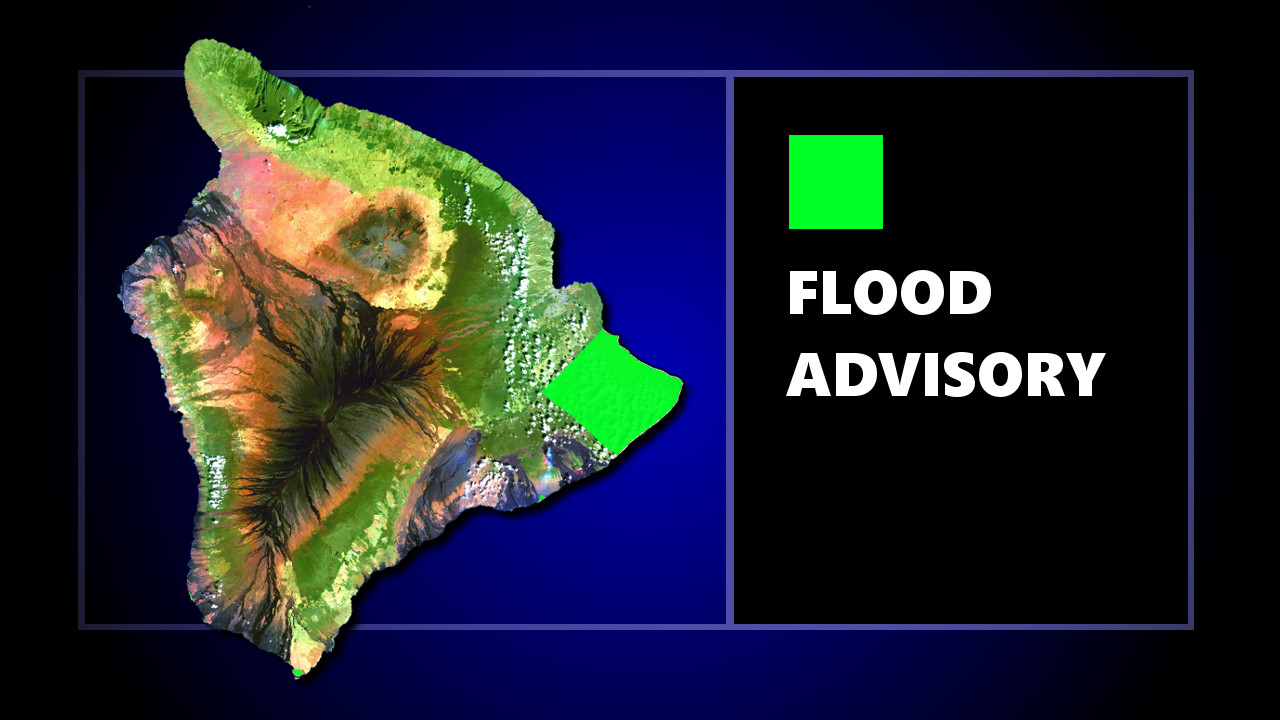 PUNA, Hawaii - At 4:06 p.m. HST, radar indicated heavy rain near Pahoa. Rain was falling at a rate of 1 to 2 inches per hour, the National Weather Service says.

(BIVN) – The National Weather Service in Honolulu has issued a Flood Advisory for the Puna area on the island of Hawaii, in effect until 7 p.m. HST.

“At 4:06 PM HST, radar indicated heavy rain near Pahoa,” the advisory stated. “Rain was falling at a rate of 1 to 2 inches per hour.”

“Stay away from streams, drainage ditches and low lying areas prone to flooding,” the National Weather Service stated. “Rainfall and runoff will also cause hazardous driving conditions due to ponding, reduced visibility and poor braking action.”

Thunderstorms are forecast for the Puna District due to the low-level heat/instability generated from the lava flow. There have already been reports of thunder rolling in the Puna area Saturday.

“When lightning is in the area the safest place to be is indoors,” Hawaii County Civil Defense stated in a morning message. “Be prepared for interruptions to utilities.”