PAHOA, Hawaii - The current eruption activity on Kilauea is unprecedented in scope and size in the past 200 years, the USGS Hawaiian Volcano Observatory says. 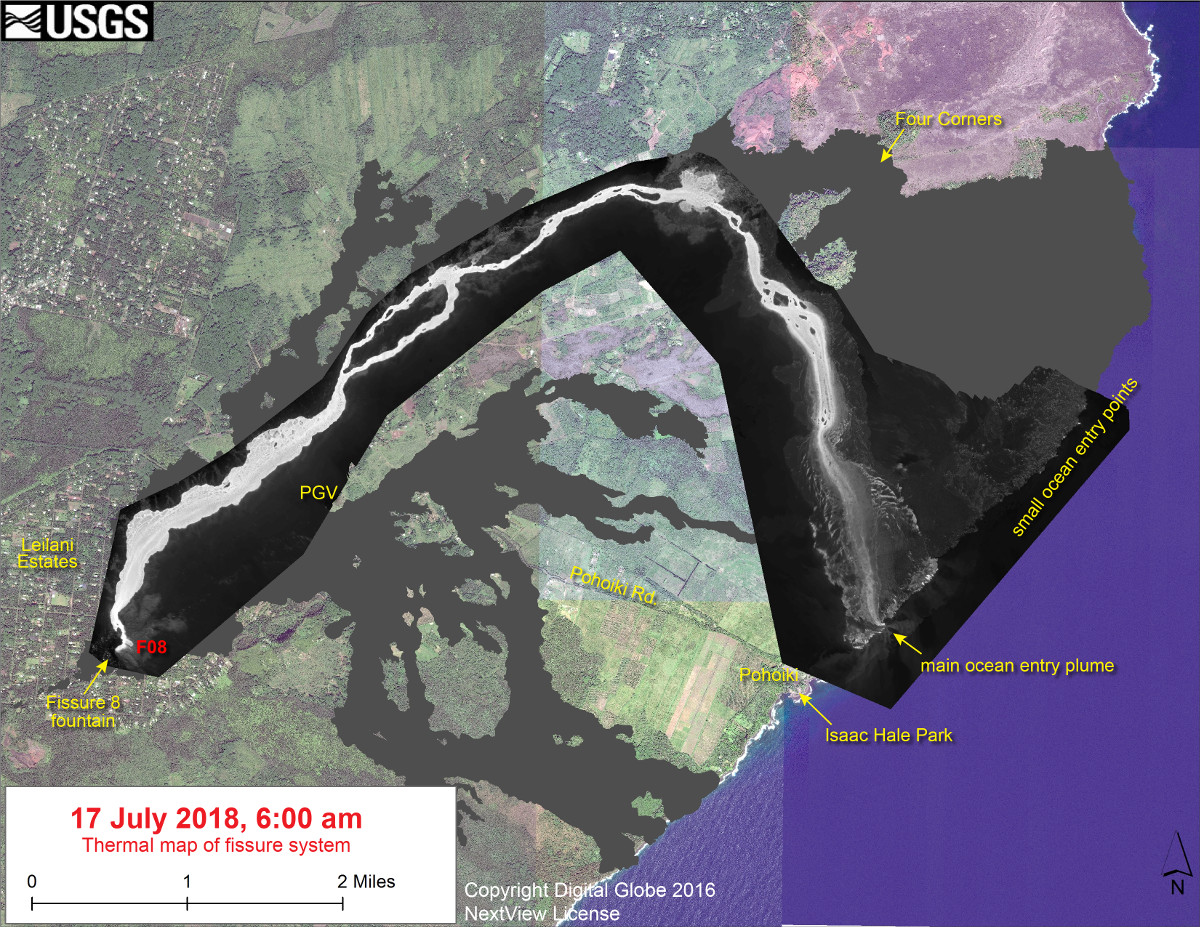 (BIVN) – During Tuesday’s public meeting concerning the eruption of Kilauea Volcano held at the Pahoa High School cafeteria, USGS Hawaiian Volcano Observatory deputy scientist-in-charge Steve Brantley compared the ongoing activity to past events, calling it “unprecedented in scope and size” in the past 200 years.

The summit of Kilauea Volcano has already seen the largest collapse in volume in the past 200 years, Brantley said, adding that the activity thus far is similar to activity observed in the 19th century.

On the lower East Rift Zone, where Fissure 8 is currently sending a channel of lava through Leilani Estates and into the ocean, Brantley said we are seeing the most voluminous eruption in over 200 years.

We are also seeing the highest eruption rate, and the highest SO2 emission rates ever measured at Kilauea, Brantley said.

The presentation also touched upon recent changes to the lava channel, the slow southward advance of lava along the coast in the direction of Pohoiki, and present activity at the summit.