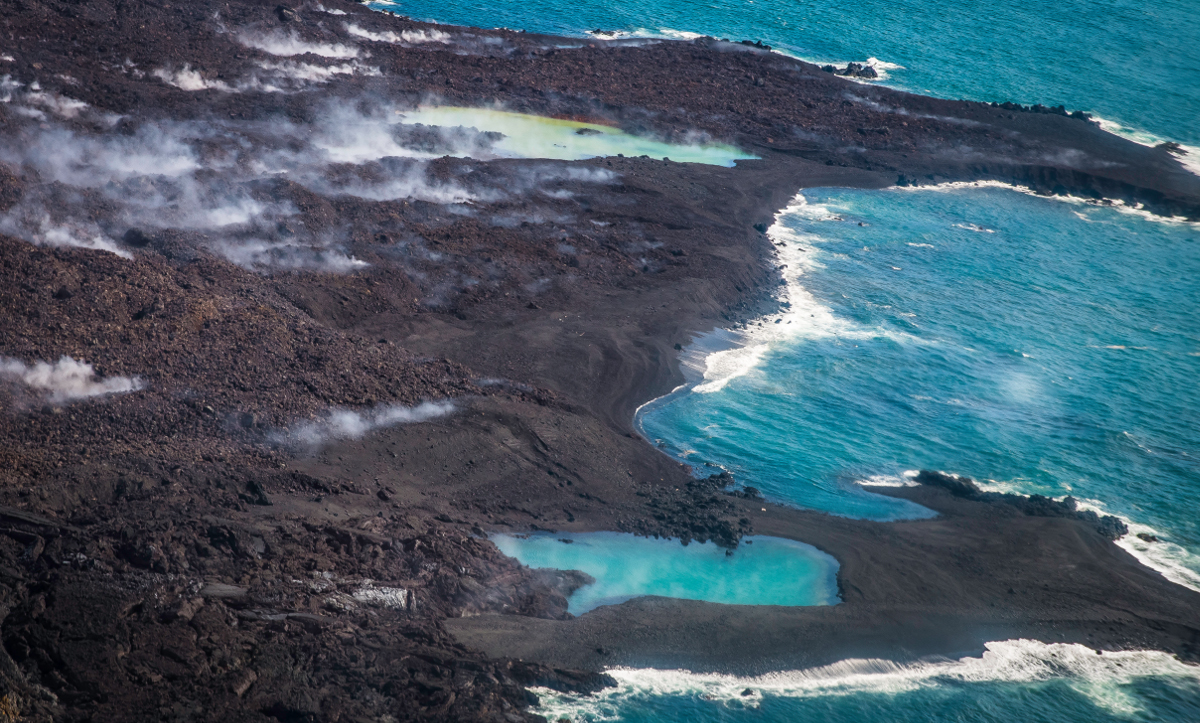 KAPOHO, Hawaii - The State has terminated the a grant agreement with the County after lava took Kapoho.

(BIVN) – The State Legacy Land Conservation has agreed to terminate the agreement that would have helped Hawai‘i County purchase 300 acres of private property that reached what was once the Waiʻōpae coastline, after lava inundated all of Kapoho.

The county authorized the purchase using Public Access, Open Space, and Natural Resources Preservation funds, but once lava from the eruption on the lower East Rift Zone erased the lands from the map, Mayor Harry Kim hoped the purchase – which was already under contract but contingent on the state’s matching grant – could be stopped.

The DLNR issued a media release about the reversal on Friday:

DLNR Chair Suzanne Case has notified Hawai‘i County Mayor Harry Kim of the State’s termination of a grant agreement with the County that would have provided $1.33 million in matching funds from the State Land Conservation Fund for the acquisition of over 300 acres of private property that formerly reached the Waiʻōpae coastline immediately south of Vacationland at Kapoho, Puna.

New lava flows have covered this land. The lava flows also filled the adjacent tidepools, reef and ocean waters that formerly made up the Waiʻōpae State Marine Life Conservation District (MLCD), and continue to form new, state-owned land makai of the former coastline (mapped by the U.S. Geological Survey as “lava delta area”).

The Grant Agreement requires the awardee to use the funds for land acquisition for the preservation of resources values as stated in the project application. The resource values outlined in the County’s grant application cited the property’s mix of rare native lowland forests, anchialine pools, and the pools and forests that filter water from agricultural areas and residential areas before it reaches the ocean and the bordering Marine Life Conservation District. These resource values are now gone.

“I am saddened by the loss of this special place on the Puna coast, which was so beloved by the community” said Theresa Menard, Commission Chairperson. “But, it no longer makes sense to move forward with the purchase given the dramatic changes in the public benefits we hoped to secure.”

According to Chair Case, “The Legacy Land Conservation Program is an important and very popular tool to protect critical lands for their natural and cultural values. We must continue to be diligent in ensuring best use of this public money to conserve resources for everyone’s benefit.”

Beginning with Hawai‘i County’s purchase of land at Kāwā in Kaʻū in 2008, the County and the DLNR have partnered to complete five county land acquisitions—using over $5.7 million from the State Land Conservation Fund, $1.7 million from federal programs, and $6.9 million from the county’s preservation fund. These acquisitions protect over 4,000 acres of land. Chair Case concluded, “We value and support the County’s land conservation efforts and look forward to its ongoing participation in applications for grants from the State Land Conservation Fund.”