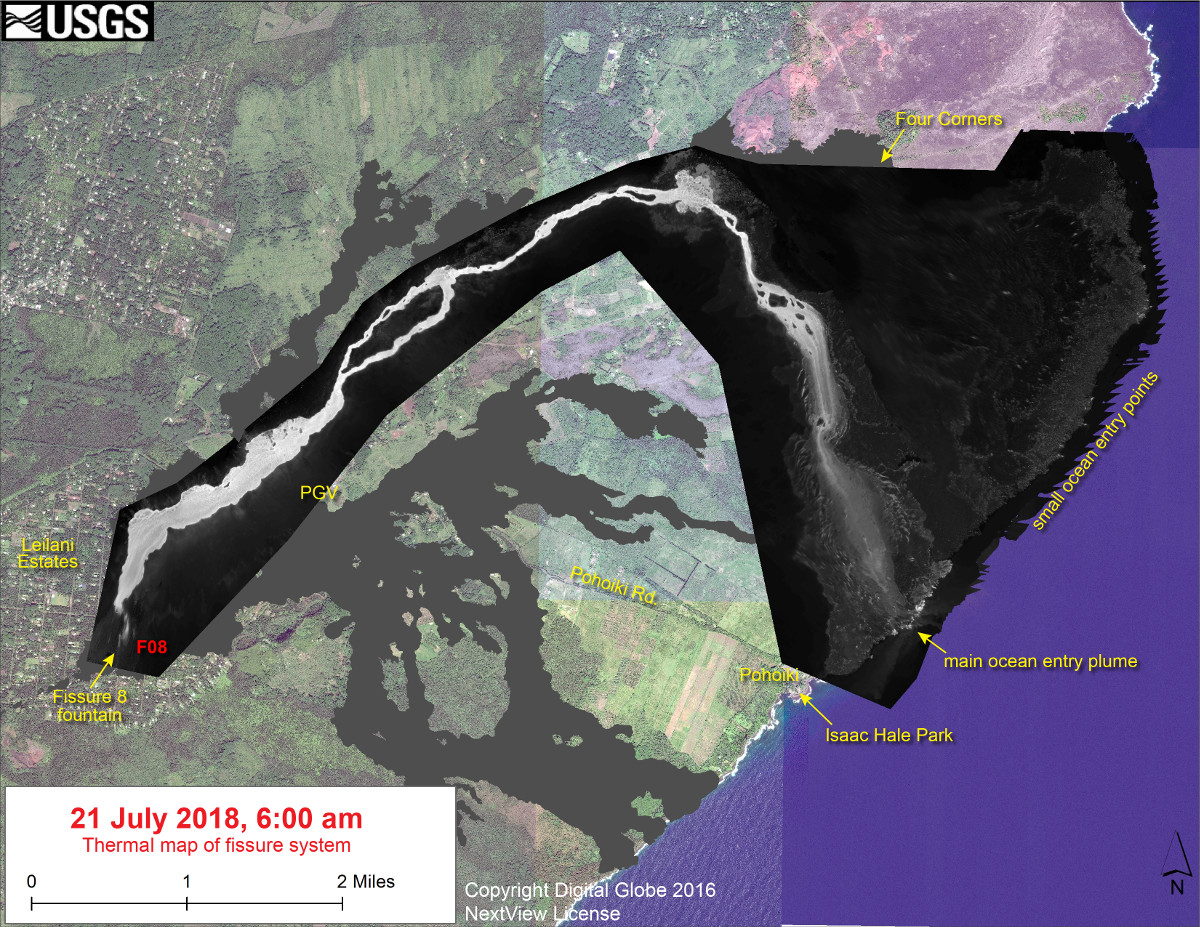 (USGS) This thermal map shows the fissure system and lava flows as of 6 am on Saturday, July 21. The fountain at Fissure 8 remains active, with the lava flow entering the ocean. The dominant ocean entry was on the new lobe that reached the sea near Ahalanui last week. The black and white area is the extent of the thermal map. Temperature in the thermal image is displayed as gray-scale values, with the brightest pixels indicating the hottest areas. The thermal map was constructed by stitching many overlapping oblique thermal images collected by a handheld thermal camera during a helicopter overflight of the flow field. The base is a copyrighted color satellite image (used with permission) provided by Digital Globe.

“As of this morning’s overflight report, the southern margin of the flow is approximately 0.25 miles from Isaac Hale/Pohoiki Boat Ramp,” Hawaii County Civil Defense reported.

Earthquakes continue at the Kilauea summit, where another collapse / explosion event occurred yesterday at 9:43 a.m. HST. The energy released by the event was equivalent to a Magnitude 5.4 earthquake, the USGS Hawaiian Volcano Observatory said.

State Highways reports that a speed limit of 25 miles per hour is in effect on Highway 11 in the Volcano area, between the 28 and 30 Mile Markers due to cracks in the road. Motorists are advised to stay on the pavement and be on the alert for changing roadway conditions, officials say. Residents are reminded to check utility connections of gas, water and electricity after earthquakes.

“Do not access the active flow field due to extreme hazard,” Hawaii County Civil Defense stated. “Be aware that channel overflows and breakouts are possible on the active flow field.” Also, officials say the ocean entry continues to produce a “laze” plume. “Take precautions and stay out of the plume to avoid exposure to hydrochloric acid and glass particles which can irritate the skin, eyes, and lungs,” civil defense says. 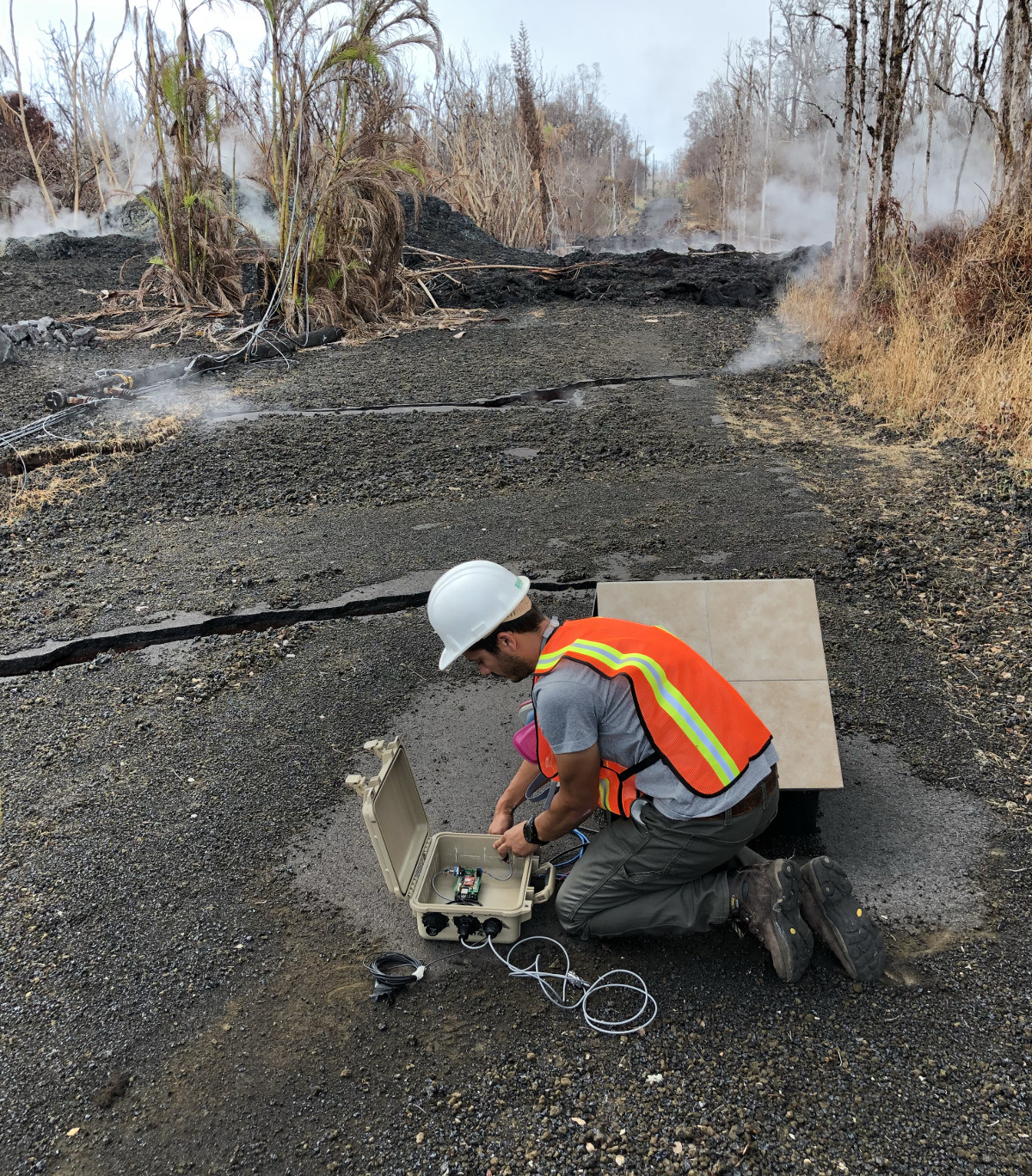 (USGS) USGS field crews set up a gravimeter to collect data on where magma might reside in Kīlauea’s lower East Rift Zone.