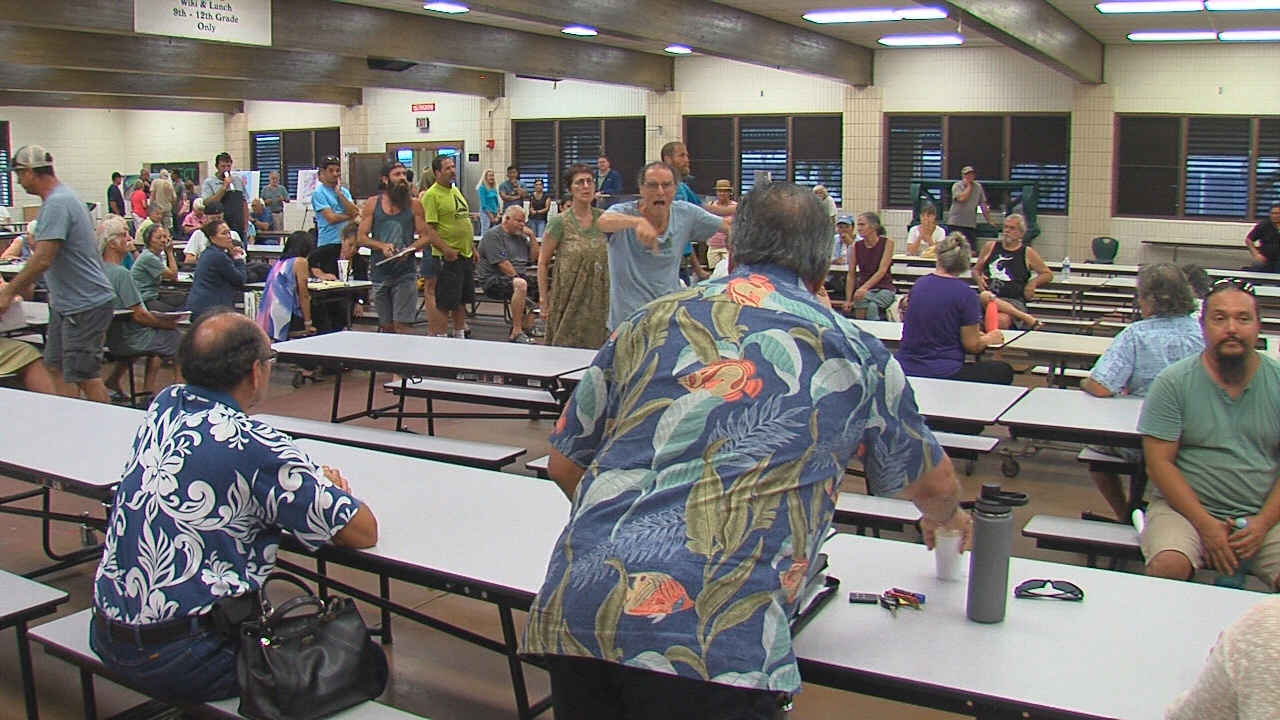 Format To Change For Next Public Meeting On Eruption

PAHOA, Hawai‘i - After the last meeting ended in shouting, the county wants to allow more time for questions and answers and the next meeting.

(BIVN) – The County of Hawai‘i has adjusted the format for the weekly information meeting in Pahoa regarding the volcanic eruption to allow more public input.

The next community meeting at Pahoa High School cafeteria on Tuesday, July 31 at 5 p.m. will feature a shortened set agenda, to allow more time for questions and answers, officials say. The announcement came after the last meeting ended in shouting when officials ended the question and answer session promptly at 6 p.m., leaving several people in line waiting to express their views publicly.

“The County of Hawai‘i recognizes people’s frustration amid the ongoing Lower East Rift Zone eruption emergency, and wants to work with the community to enable affected residents to be heard and to receive timely information,” Thursday’s county media release stated. “In this spirit, Civil Defense and other agencies plan to adjust the format of the information meetings that are held weekly in Pahoa.”

“We want to foster a climate of mutual respect and openness,” said Civil Defense Administrator Talmadge Magno. “We want to hear from as many people as possible, while providing vital information at each meeting.”