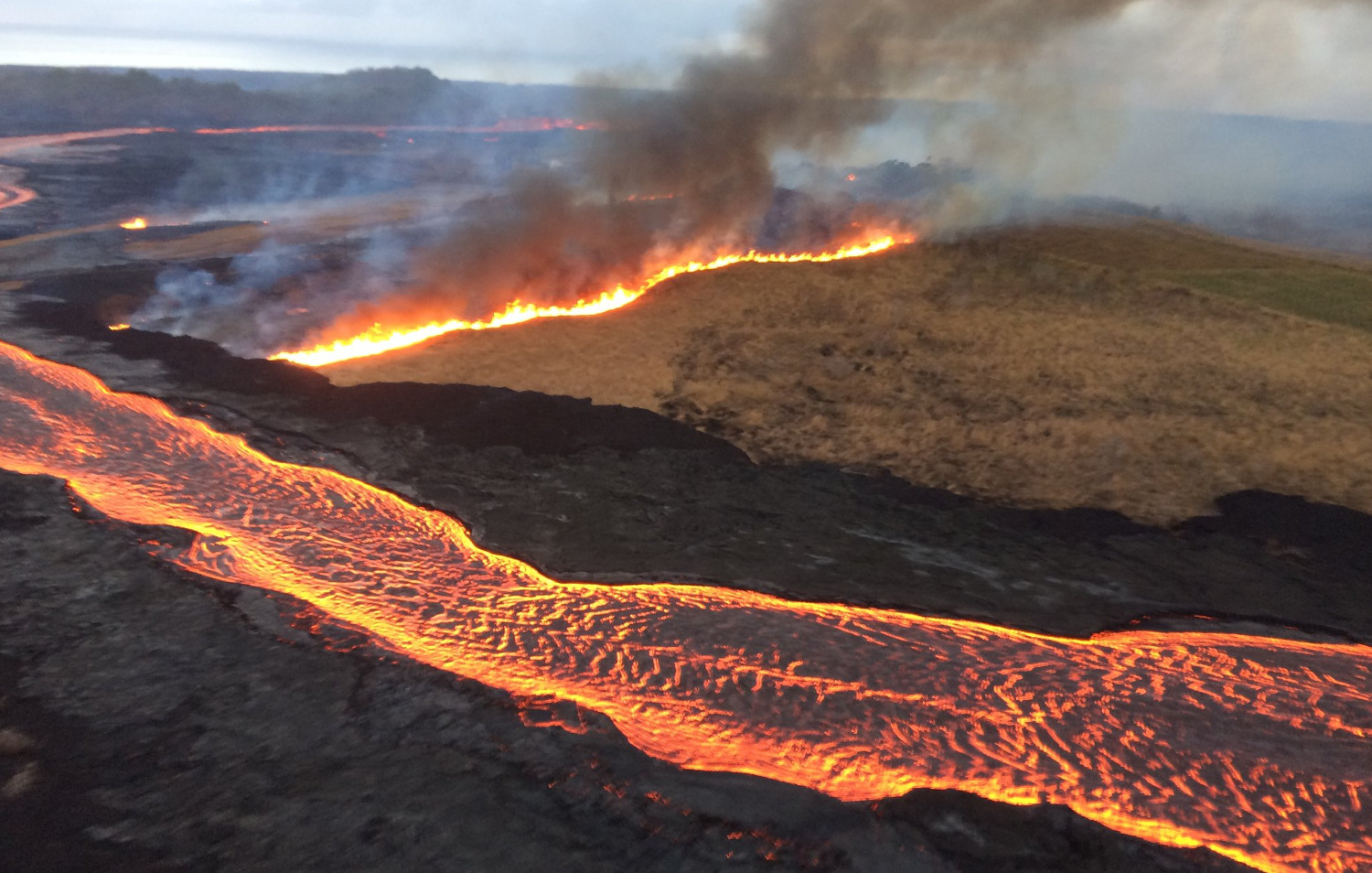 Photo shared by USGS shows the fissure 8 lava channel with a forest fire in background on Halekamahina.

PUNA, Hawaii - Observations along the fissure 8 lava channel revealed a forest fire burning on Halekamahina. A surge was reported this morning following another summit collapse event.


Updated with video to go with the 4 pm Hawaii County Civil Defense update.

(BIVN) – A forest fire sparked by the Fissure 8 lava channel on the south side of the flow was observed on Halekamahina this morning. At the time the above photograph was taken, the USGS Hawaiian Volcano Observatory says, the fire was not threatening any structures.

Observers are watching the lava channel closely for the effects of a surge in the lava effusion rate at Fissure 8, which often occurs in the hours following a collapse event at the Kilauea Volcano summit. The most recent collapse event occurred at 2:37 a.m. this morning, “and was similar in character and magnitude to previous events,” USGS scientists say.

The time intervals between the last three collapse events were about 53.5 hours – the longest interval recorded since the collapse pattern began in June – and 38.5 hours, most recently. Seismicity is slowly increasing since this morning’s collapse event, USGS says. 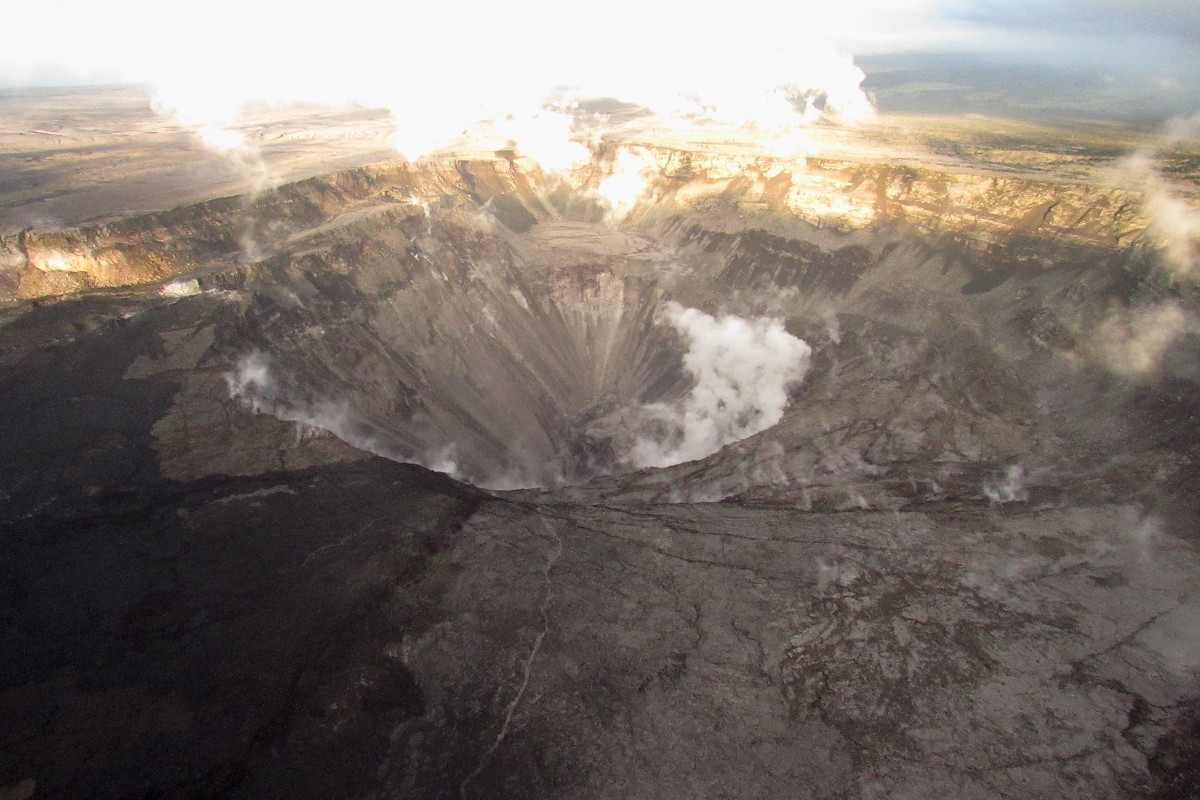 USGS photo of Kīlauea’s summit crater from a morning overflight on July 28, looking to the southwest.

A few small overflows were reported this morning hours after the summit explosion-collapse event, USGS said. 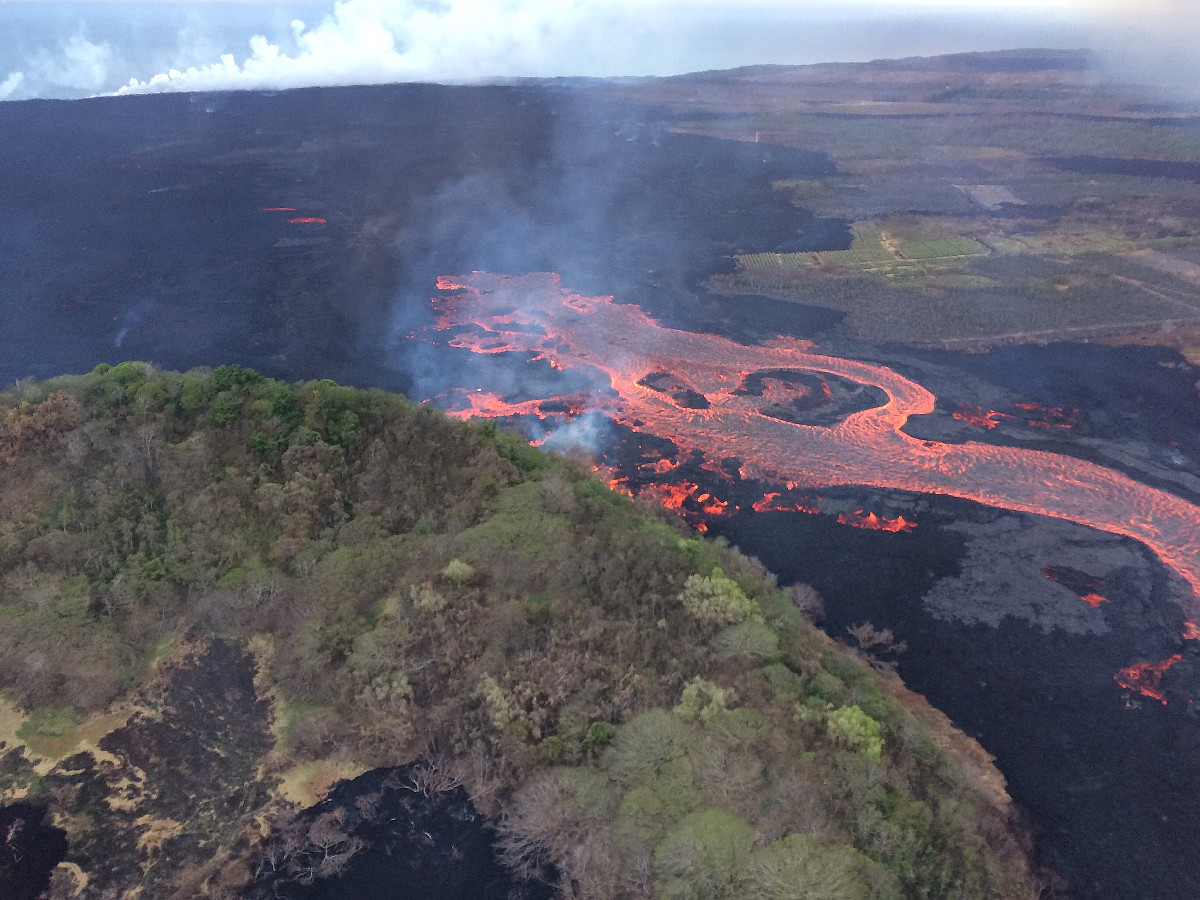 As of the 6 a.m. HST overflight on July 28, USGS reported the active flows by the ocean entry “had not advanced in the past day, and remained less than 175 m (0.1 mi) from the Pohoiki boat ramp in Isaac Hale Park.” The active ocean entry is a few hundred meters (yards) to the east of the lava flow edge, scientists said. 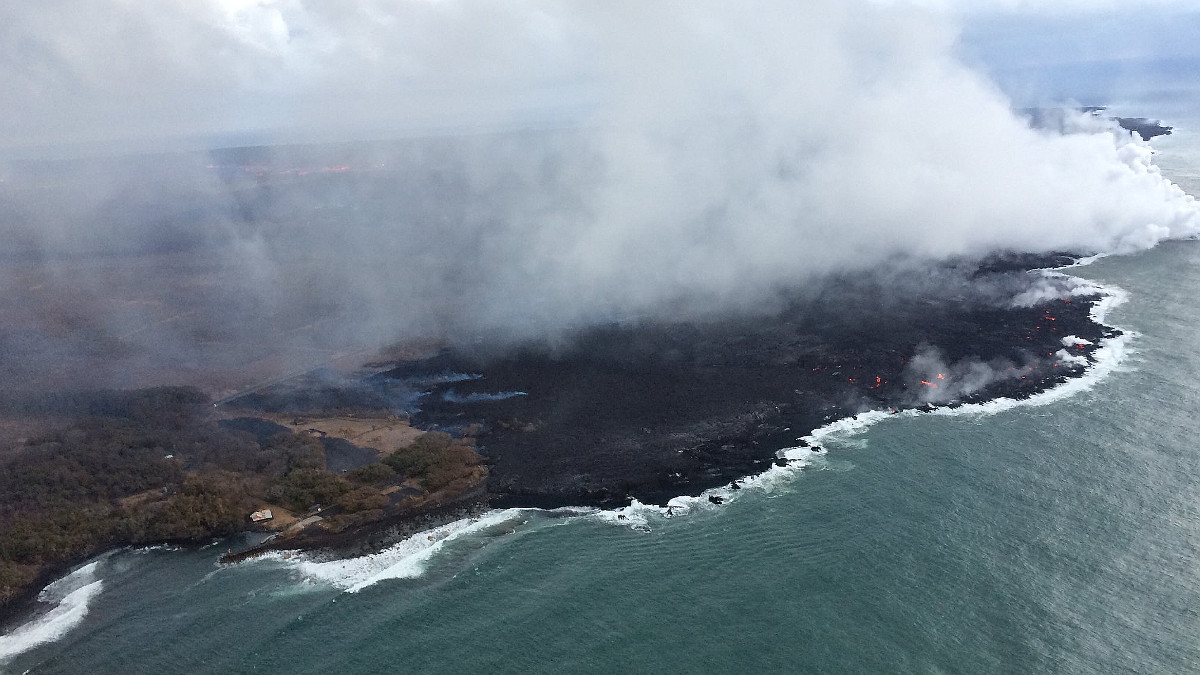