HAWAII ISLAND - Lava along the western edge of the flow is fuming and may start oozing from this edge, scientists stated earlier today. 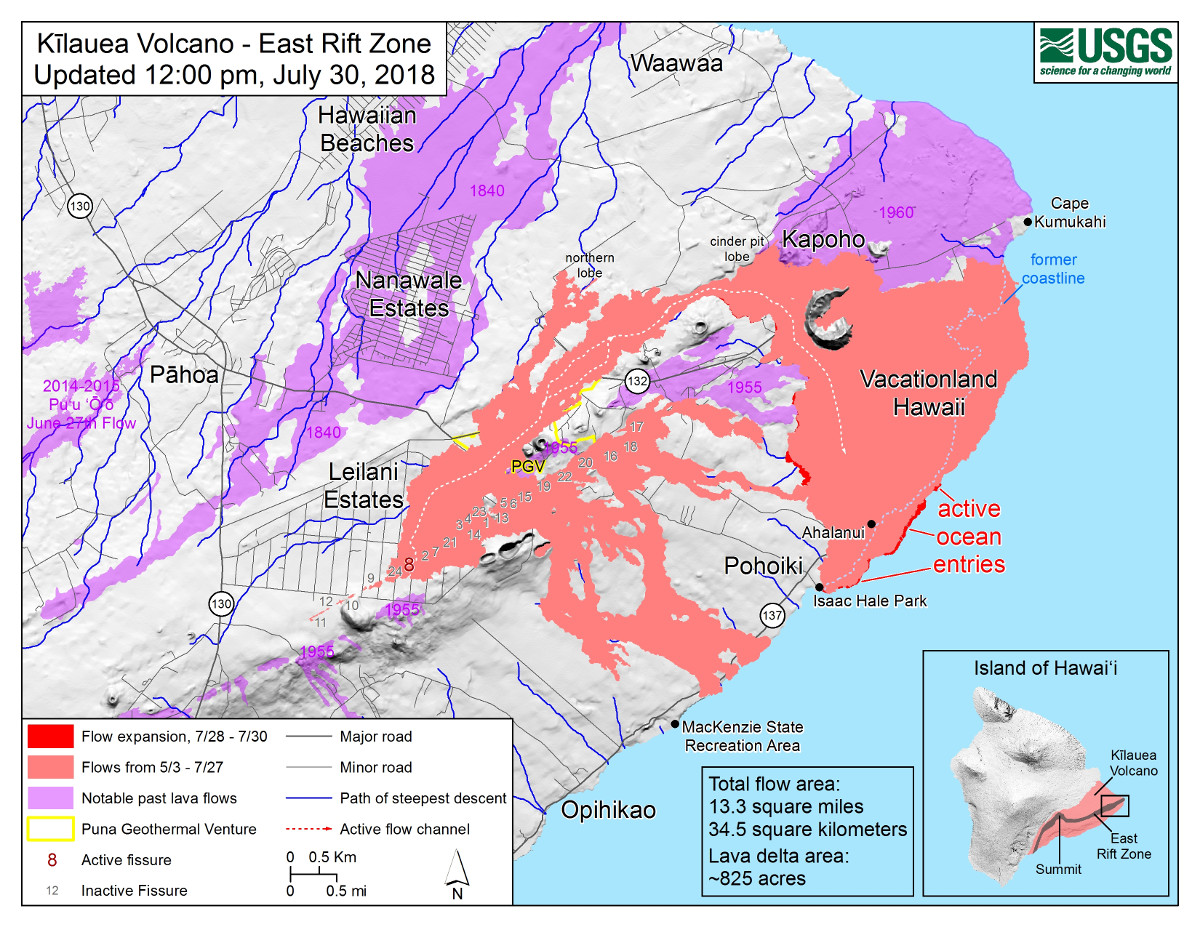 (BIVN) – Field crews reported low lava levels in the Fissure 8 channel today – and no overflows – as the eruption on the lower East Rift Zone of Kilauea continues. However, lava that had stalled less than 0.1 miles from the Pohoiki boat ramp in Isaac Hale Park “is fuming and may start oozing from this edge,” the USGS Hawaiian Volcano Observatory said in a 11:15 a.m. update. The south edge of the lava flow has not advanced westward in the past day.

Lava is actively entering the ocean along a broad 2 km (1.2 mi) flow front centered near the former Ahalanui Beach Park, USGS says, and no other fissures are active this morning. 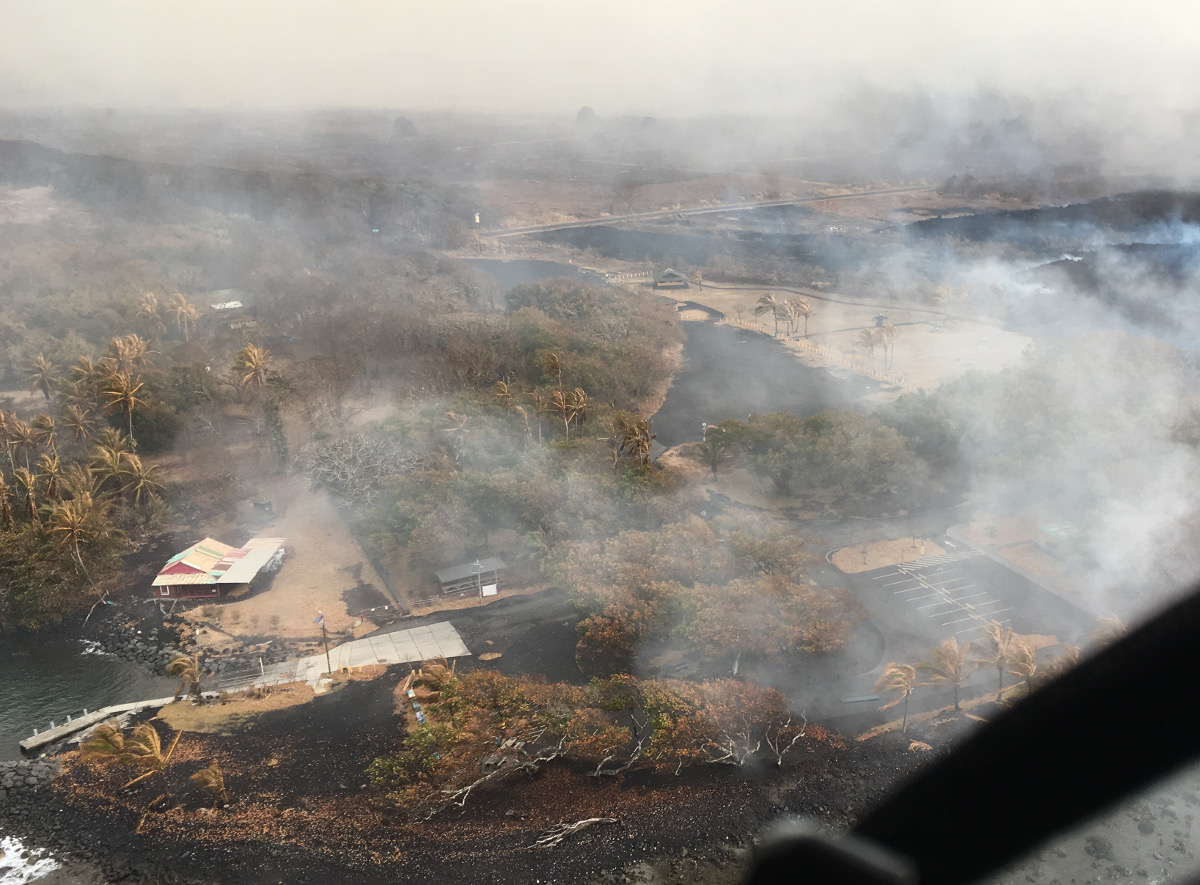 Puna has been under a Flood Advisory, off and on, for portions of the day. “Locally heavy showers have flared over and just west of the active lava flow in Puna,” the National Weather Service stated this afternoon, “where an instrument in Pahoa registered over five inches of rainfall during the past six hours.”

Earthquakes continue at Kilauea summit. “Last night at 10:02 PM, an earthquake on Kilauea’s south flank was felt as far north as Hilo by a few people,” USGS said today. “The magnitude-4.1 (NEIC) earthquake was weaker than recent summit earthquakes but it was felt more widely, possibly due to its greater depth of 7 km (compared with 2 km for summit earthquakes).”

“State Highways reports no new cracks on Highway 11, but requests motorists between mile marker 28 and 32 stay on the pavement, be alert for changing roadway conditions, and drive with caution,” civil defense repeated at 4 p.m., adding that “motorcyclists and bicyclists should proceed with extreme caution.”

New video released today by Mick Kalber, recorded during a Sunday overflight, offers a glimpse at the destruction wrought by a brush fire that was triggered by the lava flow on Saturday. Several structures were destroyed.

“A more exact count was not possible due to the fact that we are required to fly at 3K feet,” Kalber reported. “Oddly, the fire, which scorched hundreds of acres of grass and farmland went around most of the homes, while torching others.”