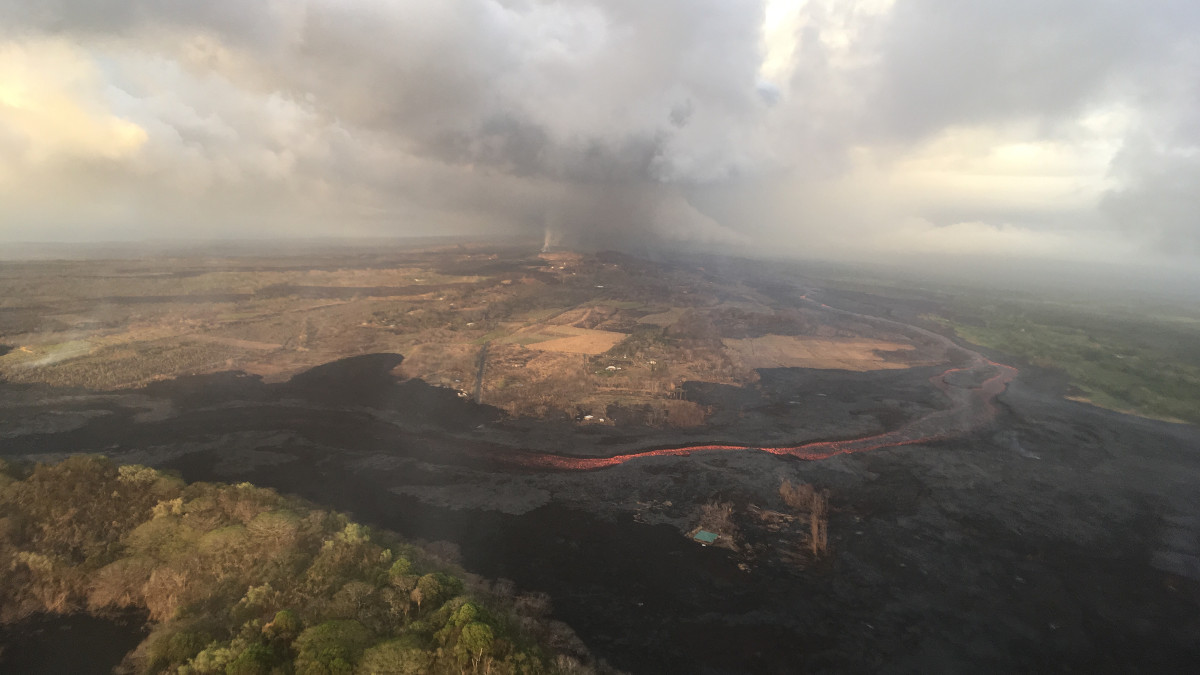 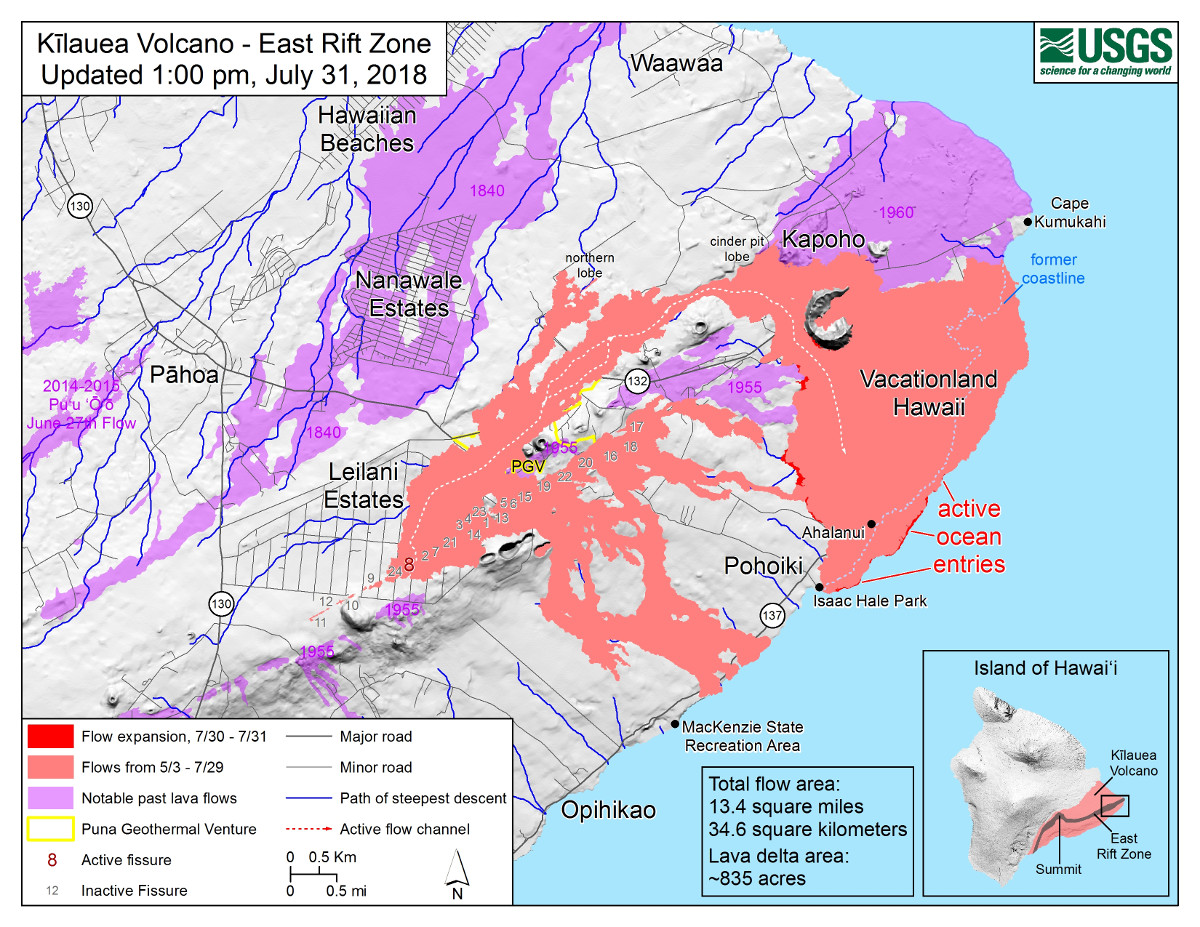 The Hawaiian Volcano Observatory reports that earthquakes continue at Kilauea summit and fissure 8 continues to erupt lava into the perched channel, sending flows to the ocean at Ahalanui and creating a large laze plume. No overflows were reported this morning. The margin of the flow at the ocean entry has not advanced and remains approximately 500 feet from the Pohoiki boat ramp.

State Highways reports no new cracks on Highway 11 after the 8:00 am collapse event at Halemaumau crater. Between mile marker 28 and 32, motorists are advised to stay on the pavement, be alert for changing roadway conditions, and drive with caution. Motorcyclists and bicyclists should proceed with extreme caution.

**Reminder: There will not be a test of the Outdoor Warning Siren System for the month of August. Testing will resume Tuesday, September 4, 2018.**

The Disaster Recovery Center has moved and is now at the Pahoa Community Center, located at 15-3022 Kauhale St., Pahoa. Hours of operation are 8 am to 6 pm weekdays and 8 am to 4 pm on Saturdays. 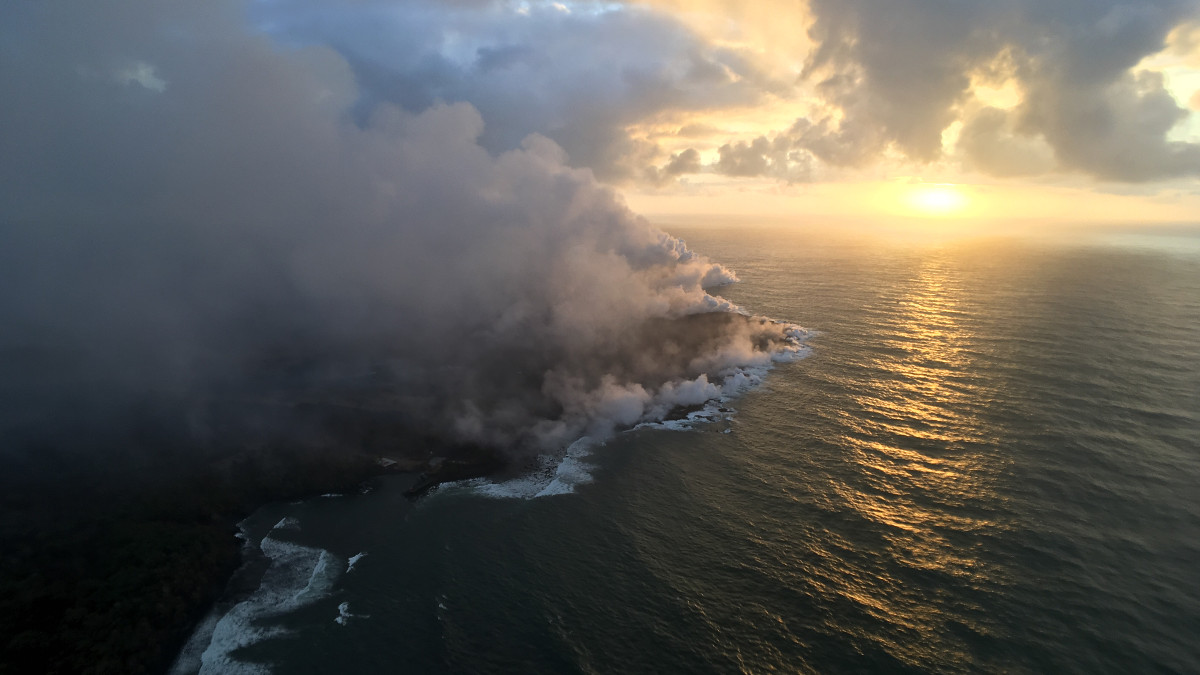 (USGS) The fissure 8 ocean entry and laze plume as they appeared at sunrise this morning. The Pohoiki boat ramp is visible just below the plume (slightly left of center).

“This is about people’s livelihoods, and it’s about Hawai‘i Island’s agricultural history and way of life. My legislation will help us understand how the ongoing eruptions have hurt agriculture production on the island and what we can do to fix it,” said Senator Schatz, a member of the Senate Appropriations Committee.

The amendment, included in a bipartisan spending package, will help aid the response and recovery effort by instructing the U.S. Department of the Agriculture (USDA) to evaluate the damage the eruptions have caused to agricultural production and rural infrastructure. The legislation also asks USDA to work with state and county officials on how to rebuild and support local farmers and ranchers.

Since eruptions began on May 3, thousands have evacuated, and more than 700 homes and other structures have been destroyed. Lava now covers 12.9 square miles of Hawai‘i Island. While the overwhelming majority of Hawai‘i Island remains a vibrant tourist destination, federal assistance is critical for families and businesses that are in affected communities.