HAWAII ISLAND - Earthquakes continue at the Kilauea Summit, and Fissure 8 continues to erupt sending lava flows into the ocean at Ahalanui, creating a large laze plume. 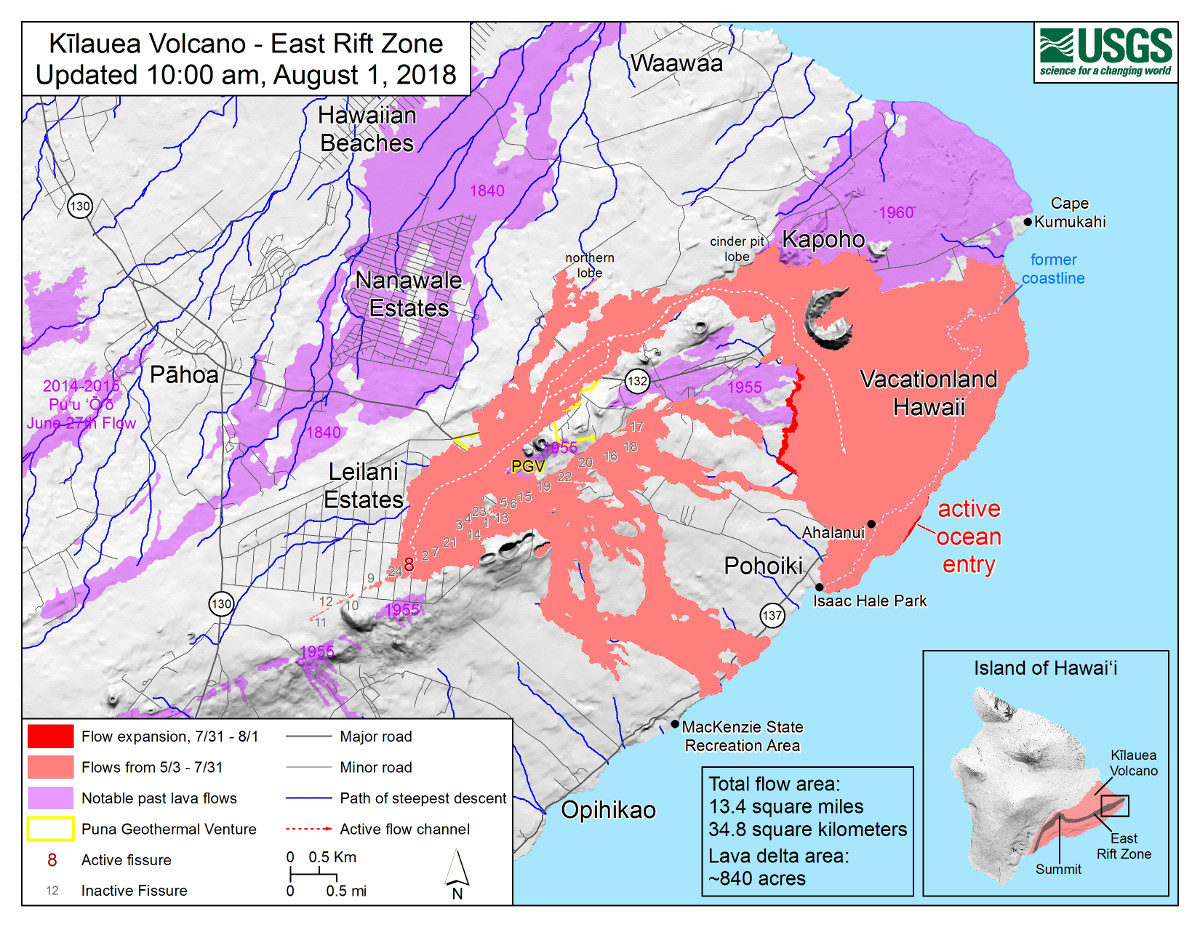 (BIVN) – Activity at the top of Kilauea and along the lower East Rift Zone continues in the same way it has for the past few weeks. The Hawaiian Volcano Observatory reports earthquakes are ongoing at the summit, and Fissure 8 is still erupting, sending lava flows into the ocean at Ahalanui.

Video from morning lava boat tours show Pohoiki boat ramp still stands. The most recent measurements placed the margin of the flow at the ocean entry approximately 500 feet from the Pohoiki boat ramp.

Civil defense says State Highways reports no new cracks on Highway 11, but request motorists stay on the pavement and be alert for changes in roadway conditions between mile markers 28 and 32. There will be an eruption information meeting in Volcano Village tonight at Cooper Center at 5:30 p.m. regarding emergency preparations. 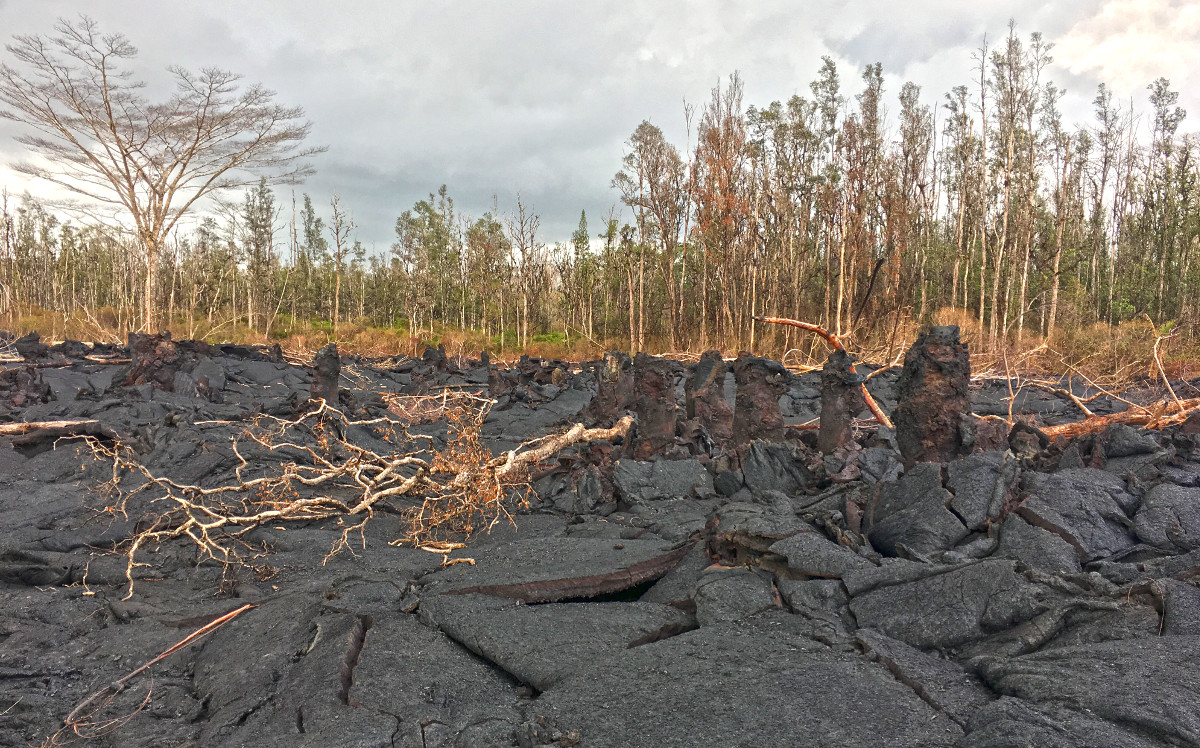 (USGS) Lava trees, shown here in a fissure 8 flow, are formed when lava inundates a forested area and surrounds the tree trunks. Lava cools against the trunk, forming a column of rock and eventually burning the tree. As the lava flow deflates, the rock surrounding the trunk is left standing above the flow surface, forming a “lava tree” and showing the high-stand of lava that flowed through the area.