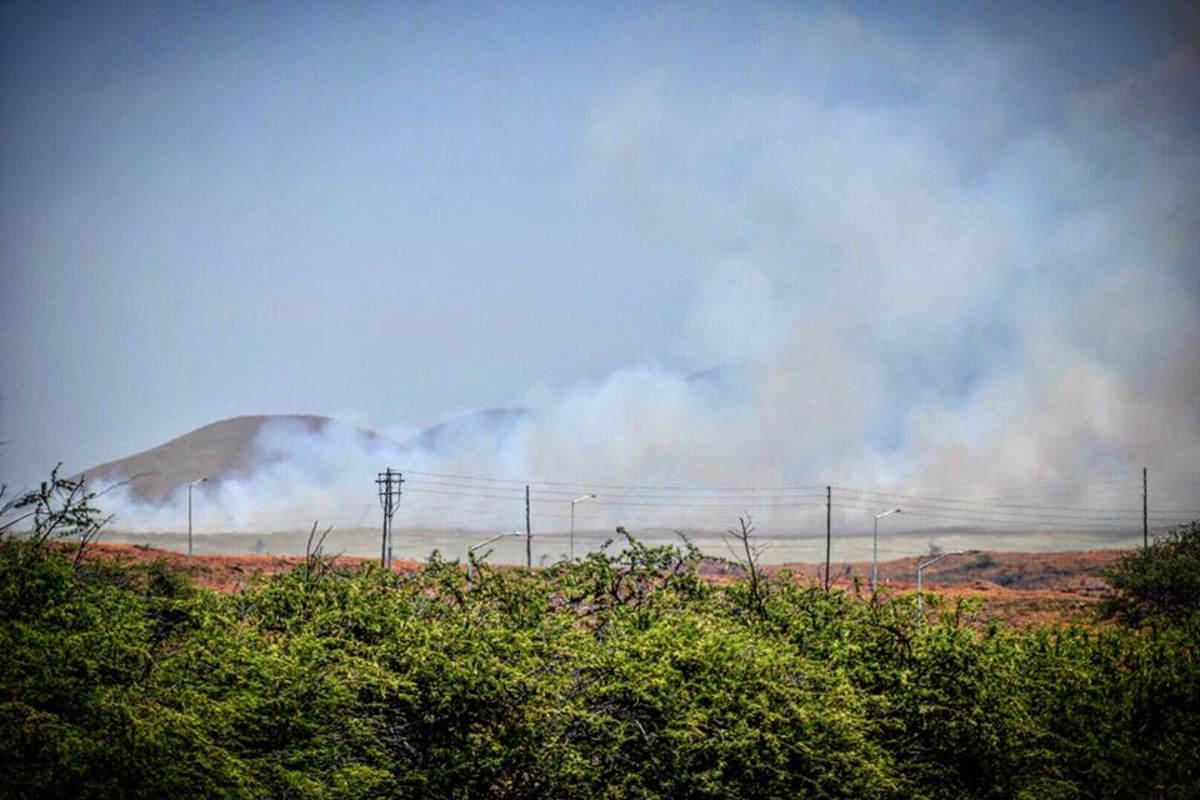 WAIKOLOA, Hawaii - Earlier today the fire department said the brush fire was Brush fire is currently 13,000 acres and is 25% contained. A number of roads remain closed to traffic.

(BIVN) – The brush fire continues to burn in West Hawaii, leaving multiple roads closed. There have been no injuries and no structures have been lost as of a few hours ago.

The Hawai‘i Fire Department issued an update on the situation earlier today, reporting at the time that the fire had grown to 13,000 acres and was 25% contained. The fire dispatch stated:

Currently the fire is actively burning South of Waikoloa Road and West of Highway 190. Highway 190 is threatened in multiple locations and crews are actively working to prevent the fire from jumping the highway. There is also an area of active burning near the 3.5 mile marker that is approximately .5 miles from Waikoloa Road. Helicopters are actively dropping water on this location. Much of the fire is inaccessible to ground units and we are working to contain these areas with fire breaks utilizing 5 dozers and 4 helicopters, to include 2 military Black Hawk aircraft. Strong and gusty winds are making this a very difficult fire to contain. The public should also be aware that these strong winds are generating large dust clouds. Due to the fire activity, Hwy 190 will be closed for the foreseeable future. The incident management team understands the inconvenience of these road closures and is making every effort to reopen the roads when it becomes safe to do so.

The fire began as a 100-acre brush fire burning near the 7 mile marker along Highway 190, fire officials say. Strong and gusty winds caused the fire to grow rapidly.

Today, the DLNR Division of Forestry and Wildlife announced the temporary closure of the public archery hunt in the youth and disabled area and makai section of the Pu‘u Wa‘awa‘a Forest Reserve. “This is being done as a safety precaution due to the active wildland fire in and around the Pu‘u Anahulu game management area,” DLNR stated in a media release. “The hunt will remain closed until the fire is contained, and safe public access to the hunting area is restored.”

There is also another fire at the Queen Shops in Waikoloa, unrelated to the brush fire, civil defense confirmed. “The extent of the fire is unknown at this time,” officials said. “Stay alert and away from this area. This is not related to the Waikoloa brush fire.”