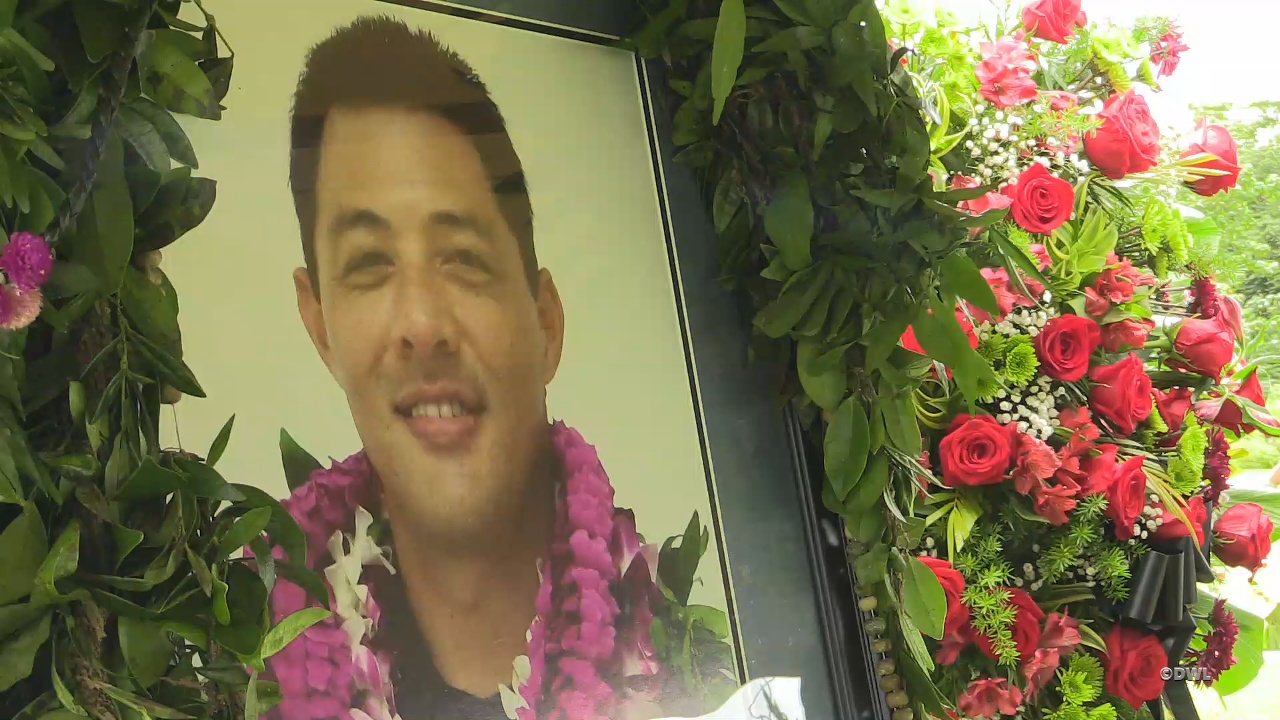 HILO, Hawaii - A burial service was held today at Homelani Memorial inclusive of a 21-gun salute to the fallen officer and an aerial dropping of flowers. 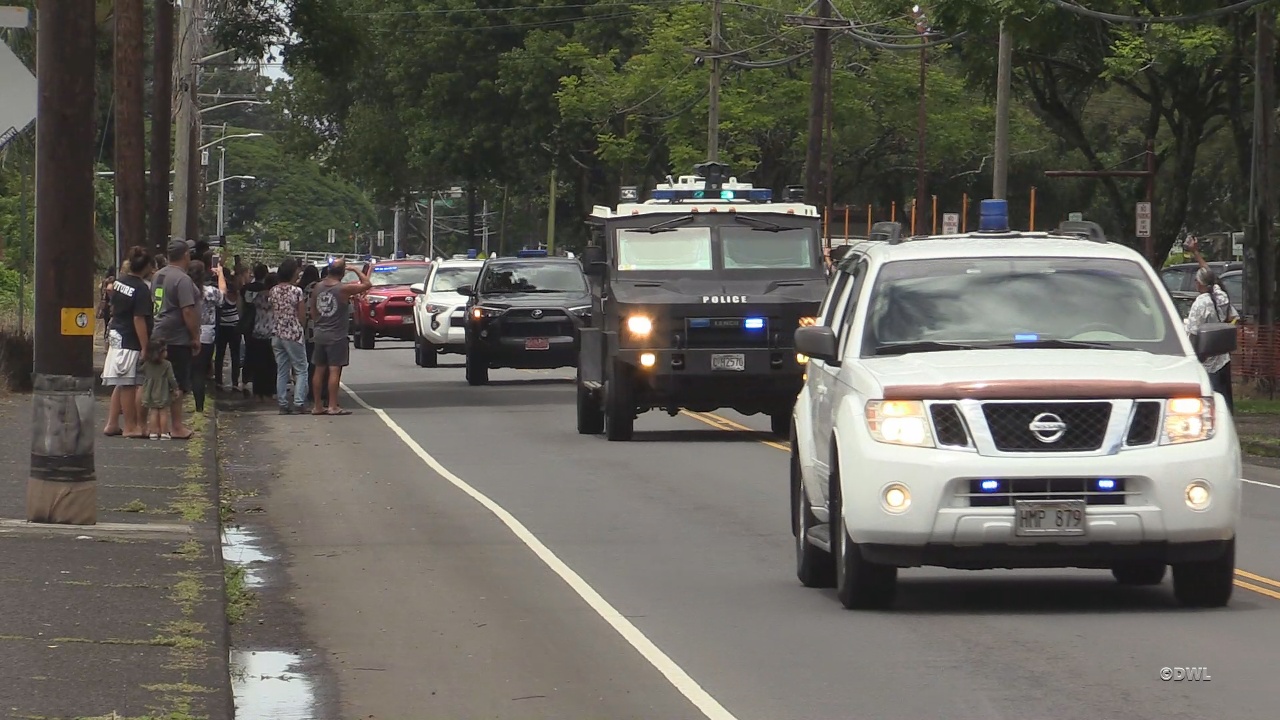 A funeral procession was held following today’s service leaving the Afook Chinen Civic Auditorium, which was scheduleed to travel out to the Pāhoa Police Station and return to Hilo – passing the Hilo Police Station – and ending at the Homelani Memorial. Image by Daryl Lee.

(BIVN) – There was a huge turnout for the funeral service for Fallen Officer Bronson Kaimana Kaliloa, killed in the line of duty on July 17.

The Afook Chinen Civic Auditorium was filled by family, dignitaries, and the men and women in blue for Saturday’s event, which was open to the public. They all gathered in tribute to Kaliloa, a ten-year veteran of the Hawaiʻi Police Department, who was shot to death during a traffic stop in Mountain View. The shooter was later found after a tense manhunt and killed after a shootout with police. 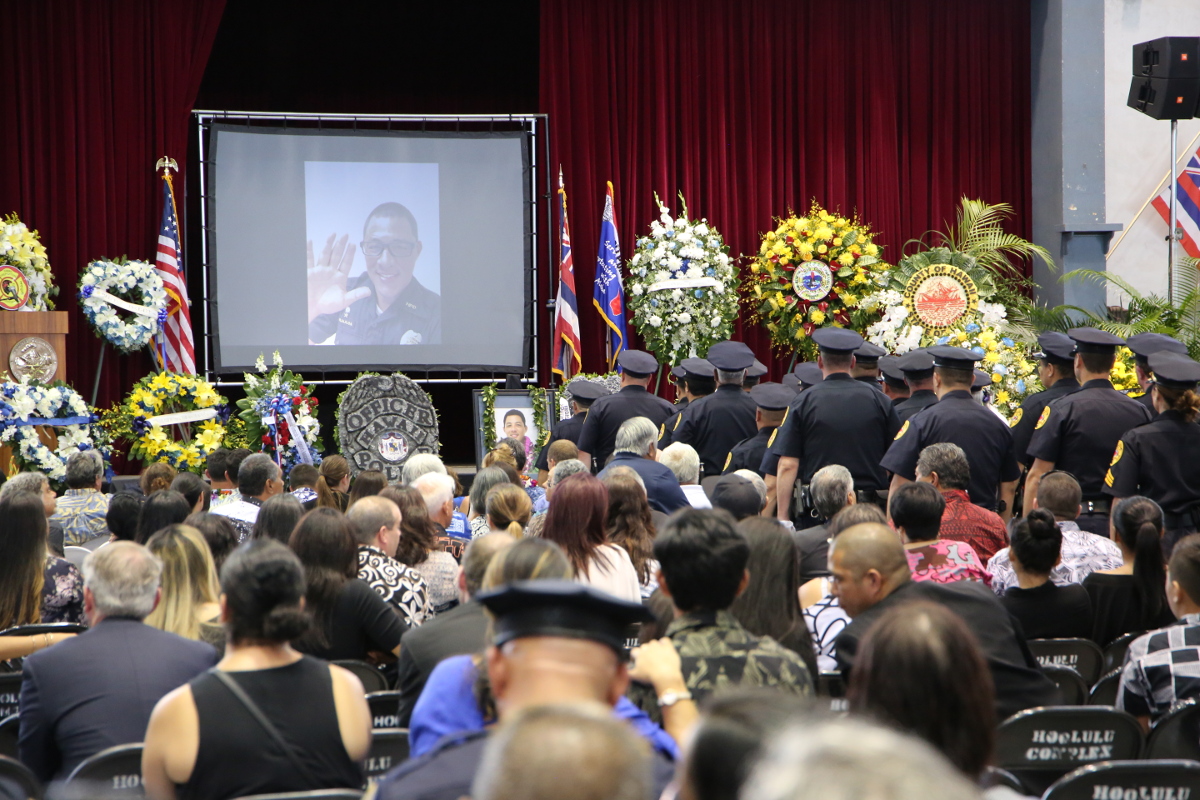 photo of the funeral service provided by Rep. Tulsi Gabbard

Kaliloa was a 1990 graduate of the Waimea High School on Kauai. He joined the Hawaiʻi Police Department on August 1, 2008, and was initially assigned to the South Kohala Patrol Division. In December 2010, he transferred to the Puna Patrol Division, and police say that in 2014, “his professionalism was honored by his peers being selected at the 2014 Puna Patrol Officer of the Year.” Kaliloa is survived by his wife Casey and three children.

The funeral service was broadcast live on Na Leo TV. 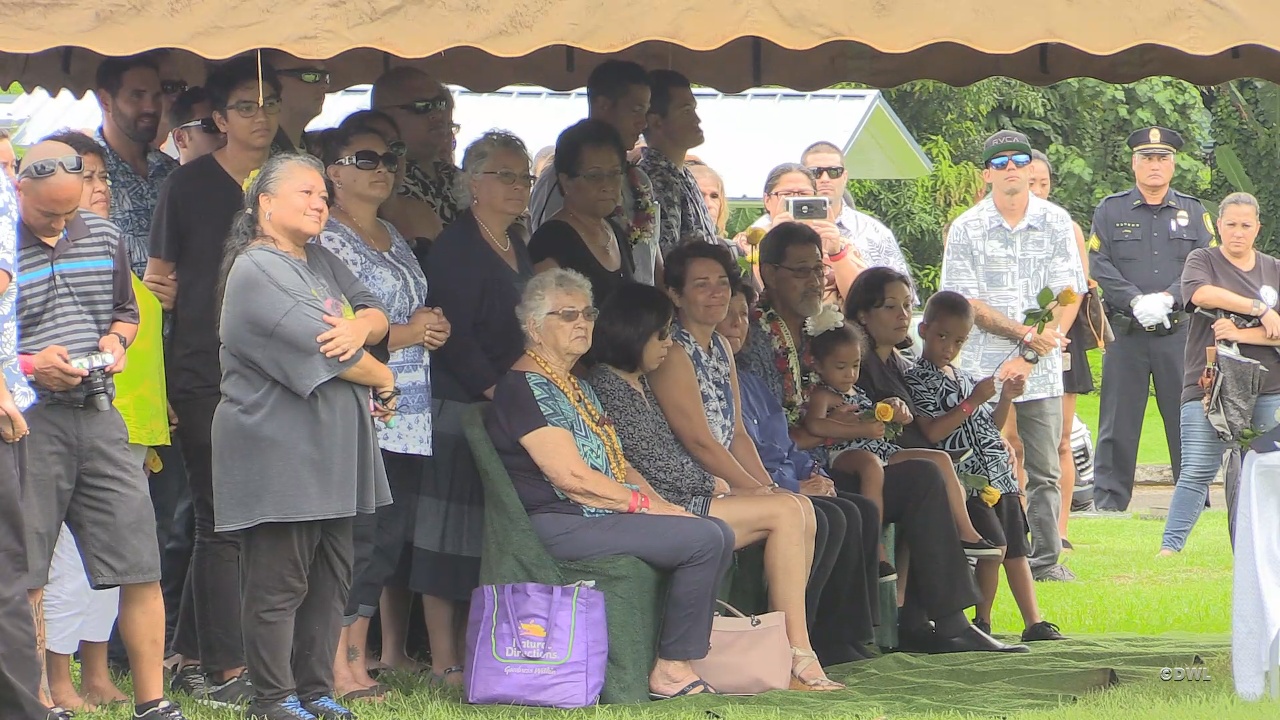 Following a funeral procession, the public was also invited to a burial service at Homelani Memorial, which included a 21-gun salute to the fallen officer and an aerial dropping of flowers. 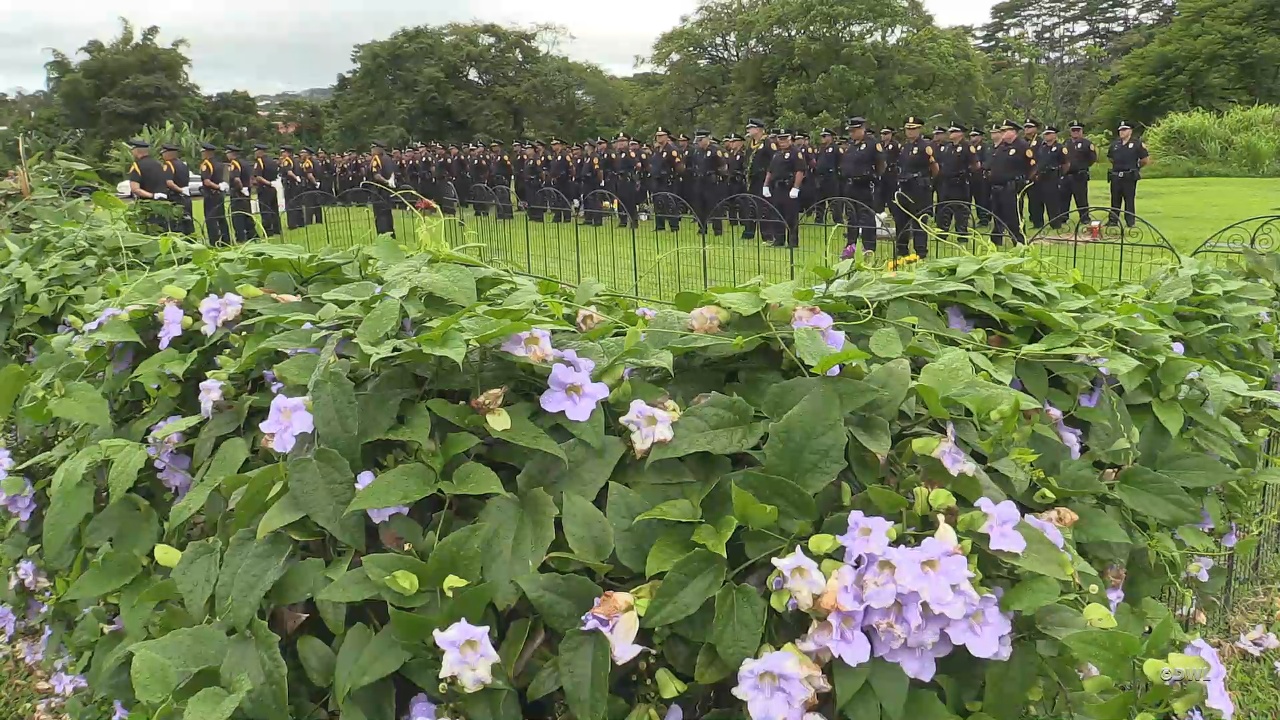 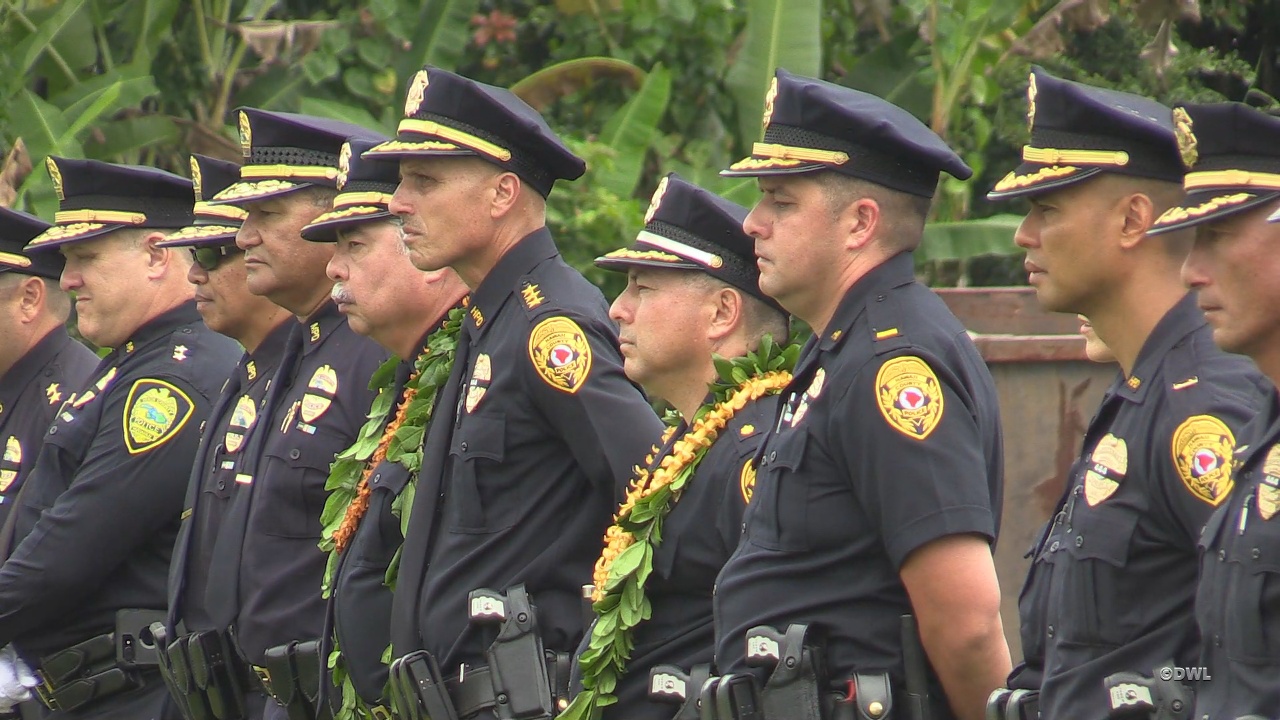 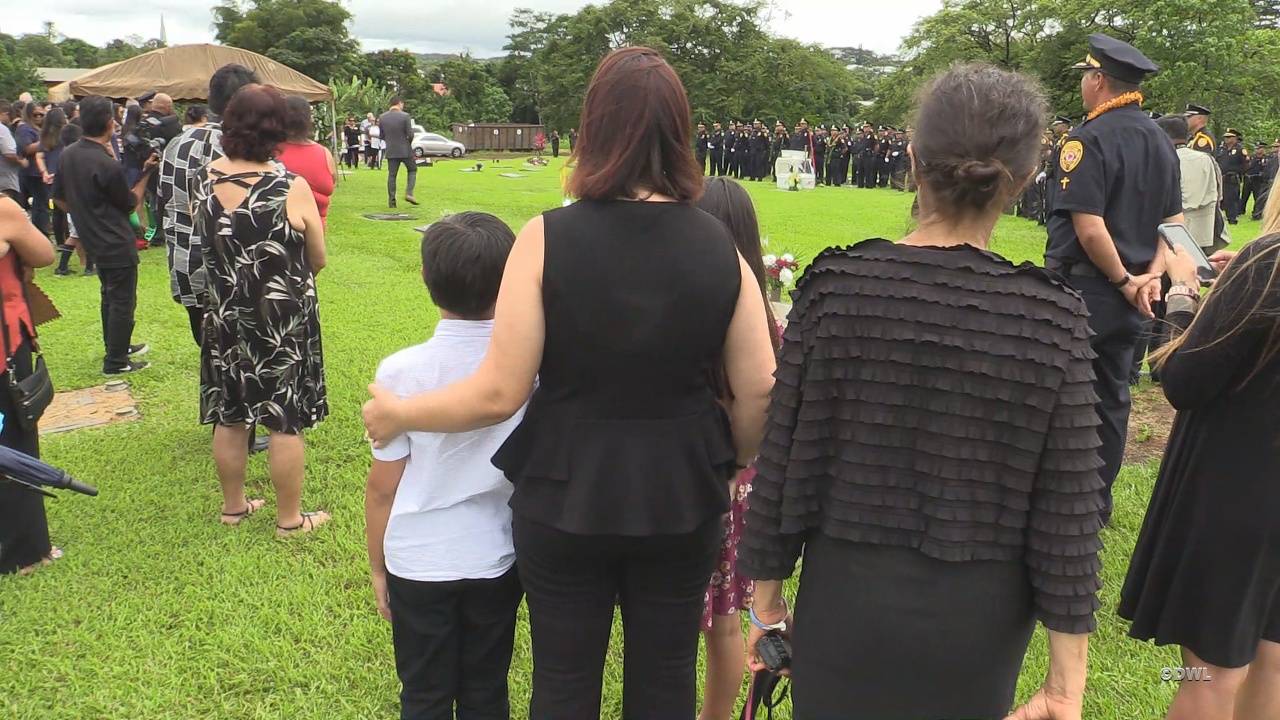