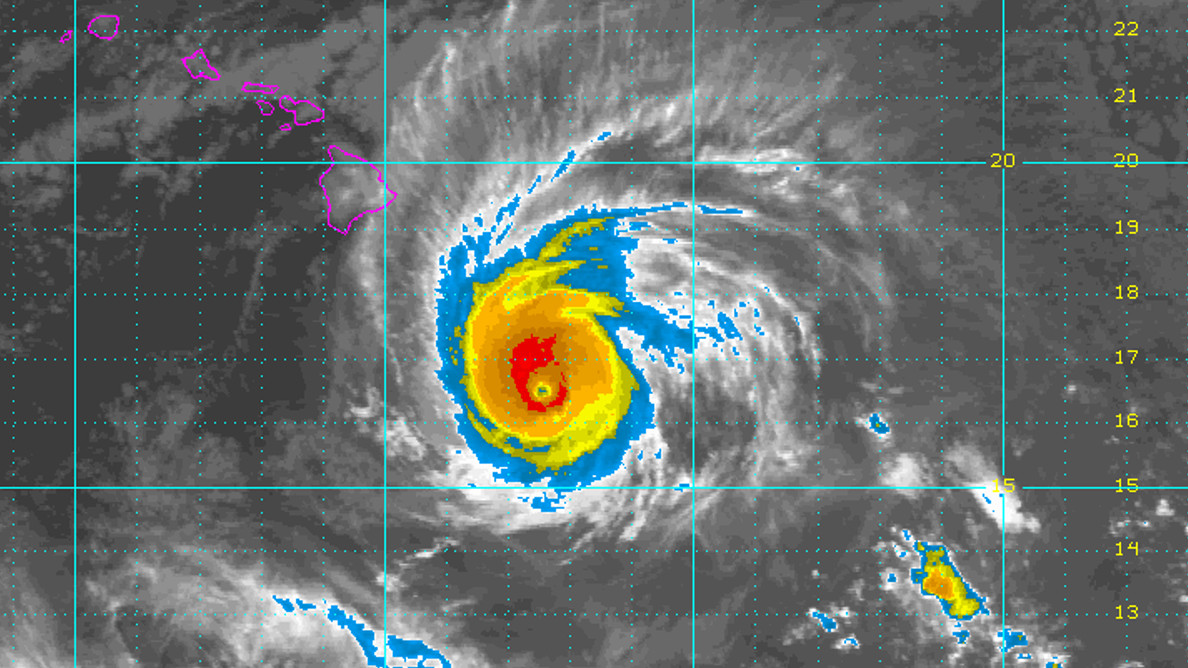 Inset of graphic produced by the National Weather Service and posted at 11 p.m. HST

(BIVN) – Hector may have weakened to a Category Three hurricane, but with maximum sustained near 125 mph, it is still a powerful storm.

A Tropical Storm Warning remains in effect for Hawaii County, as the center of Hector is expected to pass about 150 miles south of the Big Island during the day on Wednesday. The effects of a hurricane are far reaching and can extend well away from the center, forecasters warn. 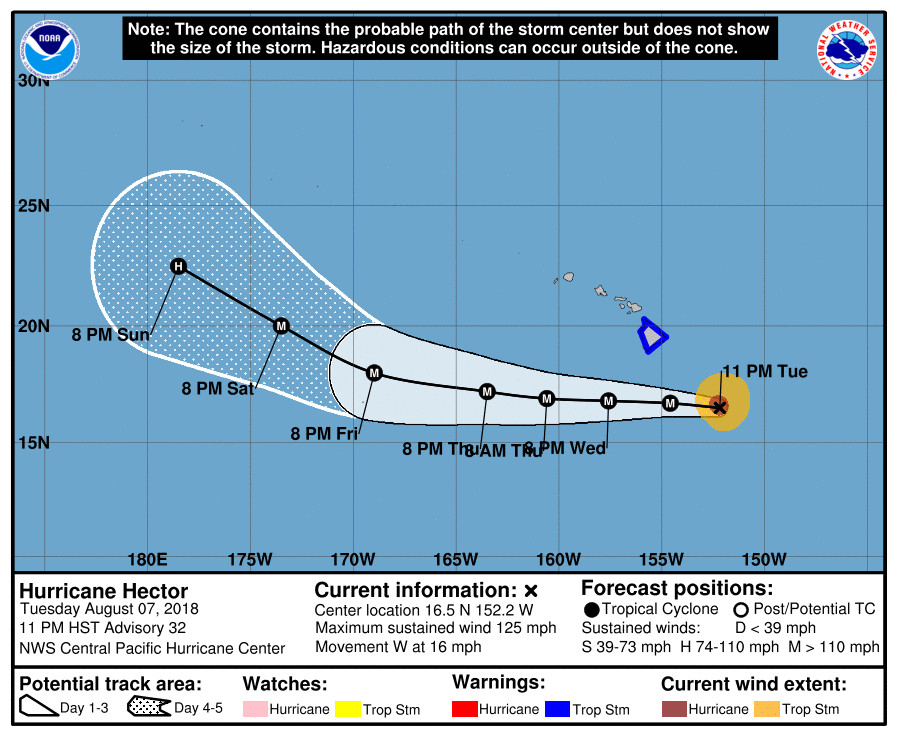 According to a civil defense message issued this evening, the following advisories have been issued by the Central Pacific Hurricane Center:

The following beach and road closures are in effect:

The managing director and acting mayor for the County of Hawaii, Wil Okabe, signed a Hurricane Hector Emergency Proclamation on Tuesday. The proclamation stated:

WHEREAS, the National Weather Service at 5:00 a.m. HST on August 6, 2018 issued Hurricane Hector Advisory Number 25 advising that Hurricane Hector had entered Hawaiian waters and was located at 15.0 North Latitude/141.9 West Longitude or 930 miles east of Hilo, Hawai‘i as a Category 4 hurricane with maximum sustained winds of 145 mph and;

WHEREAS, the National Weather Service at 5:00 p.m. HST on August 7, 2018 issued Hurricane Hector Advisory Number 31 advising of a Tropical Storm Warning for the County of Hawai‘i. Hurricane Hector was located at 16.6 North Latitude/150.7 West Longitude or 370 miles east of South Point, Hawai‘i as a Category 4. hurricane with maximum sustained winds of 130 mph and;

WHEREAS, a Tropical Storm Warning means that possible tropical storm conditions can occur any time within the next 36 hours; and

WHEREAS, being that the Mayor is temporarily absent or disabled pursuant to Section 5-1.5 Hawai‘i County Charter the Managing Director shall act as Mayor; and

NOW, THEREFORE, I, WIL OKABE, Acting Mayor of the County of Hawai‘i, do hereby proclaim and declare that a state of emergency exists due threat of imminent disaster on the Hawai‘i Island, effective August 7, 2018, and continuing thereon for 60 days or until further act by this office.

IN WITNESS WHEREOF, I have hereunto set my hand and caused the Seal of the County of Hawai‘i to be affixed. Done this 7th day of August 2018 in Hilo, Hawai‘i.