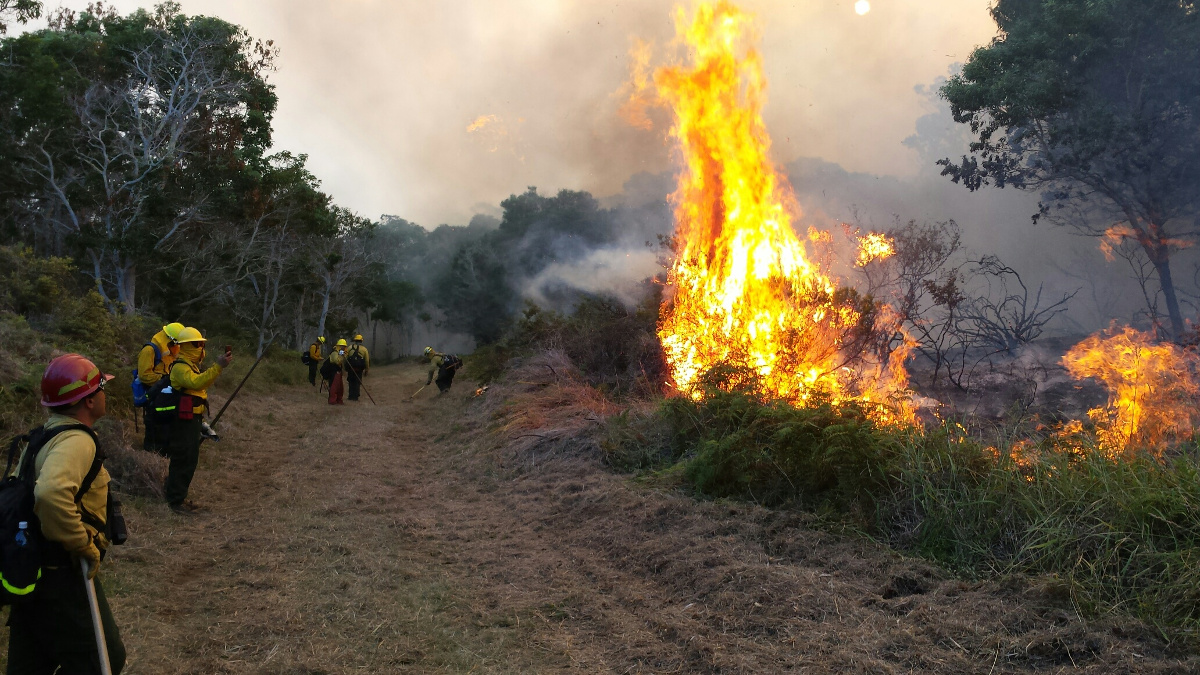 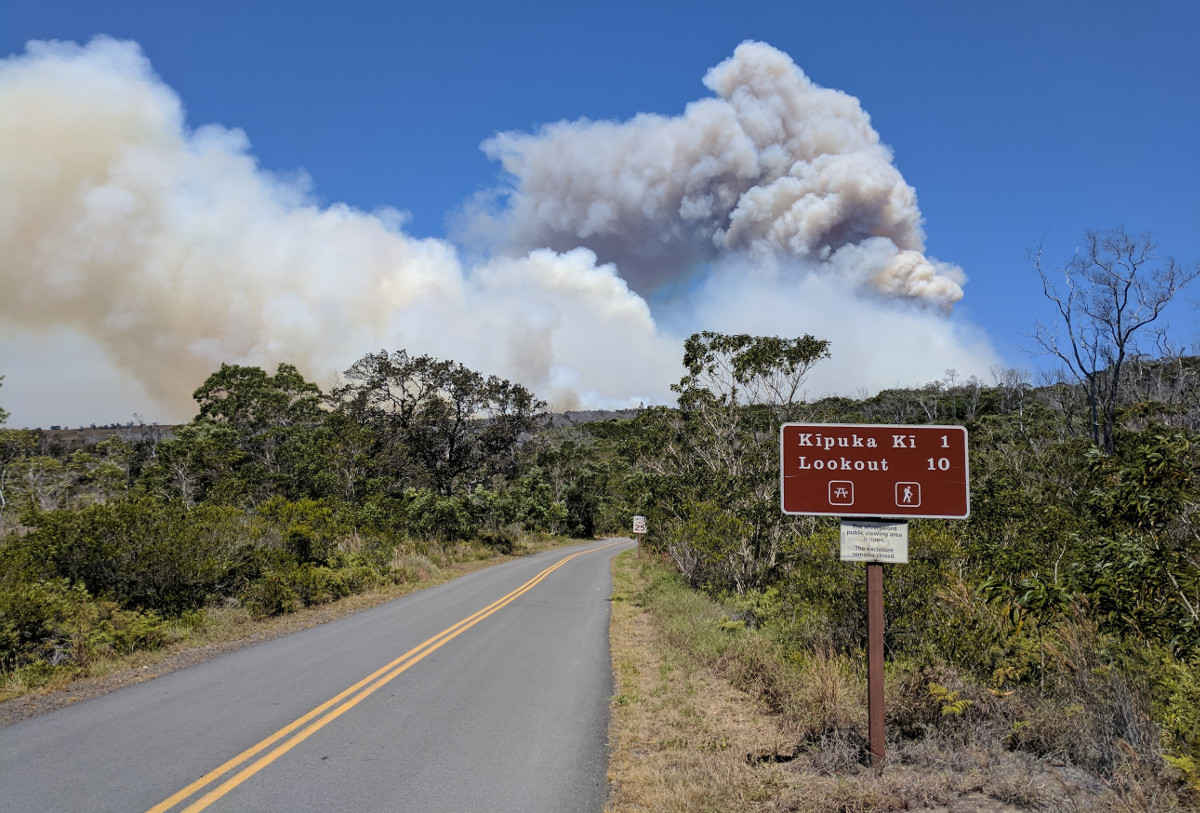 (BIVN) – A brush fire that is burning mostly within Hawaiʻi Volcanoes National Park has grown to 1,495 acres overnight.

The fire that reportedly started on Keauhou Ranch on Sunday has been exacerbated by dry, windy conditions, the National Park Service said in a Tuesday update. 1,250 acres of native forest on both sides of Mauna Loa Road has been consumed.

The blaze is less than a half-mile from the Kīpuka Ki Special Ecological Area – home to threatened and endangered native plant, animal and bird species – but is not threatening the Volcano community at this time, the NPS says. The fire is moving west towards Kapāpala Ranch, and is not contained at this time. It is located at the 4,500- to 4,800-foot elevation, and no homes or structures are currently threatened.

“Our priority now is the safety of our firefighters and the public,” said NPS Fire Management Officer Matt Desimone in a written release. “The severity of the fuel conditions, the fire behavior and extremely limited personnel and resources make this a complex fire situation. We will continue to focus on collaborating with other government and private agencies,” he said. “Kīpuka Kī is our priority resource risk.”

Due to the high winds and very dry conditions on Mauna Loa, National Park Service, State Division of Forestry & Wildlife (DOFAW) and County of Hawaiʻi firefighters have had limited success suppressing the blaze with a direct attack of spraying water and making fire breaks. Fire crews will utilize an indirect attack Tuesday, using natural lava barriers as a fire break. Three fire engines, two helicopters for aerial water drops, and a bulldozer are assigned to the incident.

Much of the national park has been closed to the public since May 11 due to hazardous seismic activity. Rain is not expected until Tuesday night, when moisture from Hurricane Hector is expected to impact Hawaiʻi Island, officials say.