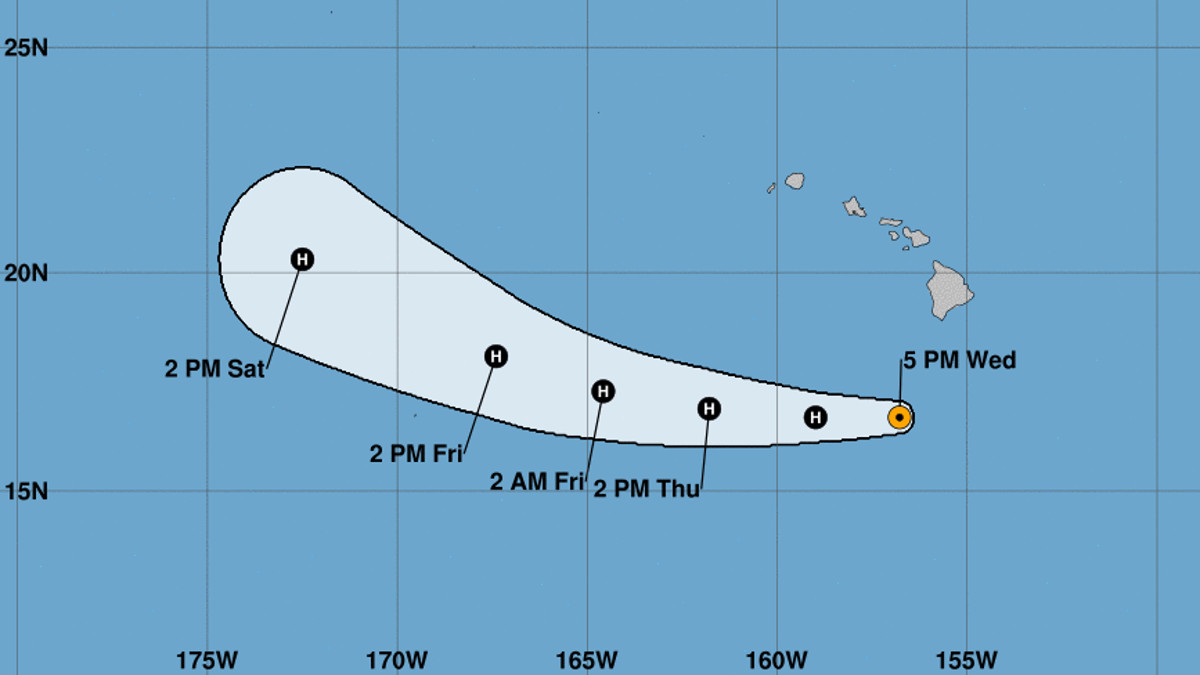 HAWAII ISLAND - There are no coastal watches or warnings in effect, as the Category 3 hurricane passes well south of the Big Island on Wednesday.

(BIVN) – All watches and warnings have been canceled for the Big Island – with the exception of a High Surf Warning for east facing shores and a Wind Advisory for the summits of Mauna Kea and Mauna Loa – as Hurricane Hector is now 170 miles SSW of South Point and heading off to the west.

Hector is still a major hurricane, with maximum sustained winds near 115 mph with higher gusts. Hector is a category 3 hurricane on the Saffir-Simpson Hurricane Wind Scale, and little change in strength is forecast over the
next couple of days, according to the Central Pacific Hurricane Center in Honolulu.

Some moisture did reach Big Island and Maui county today, though Oahu and Kauai remained rather dry, as afternoon Lihue sounding showed a rather dry airmass with strong inversion, probably due to the subsidence associated with hurricane Hector. Afternoon Hilo sounding still showed a moist and unstable airmass, though it is slightly less moist and unstable compared to the morning run. Still expect tropical moisture to spread slowly northwestward up the island chain later tonight behind Hector. Hence, wet trade weather is expected for much of the state later tonight through Thursday night. Showers will still favor windward and mauka areas under the trade winds but there may be enough moisture to reach the lee areas as well by Thursday. Moreover, some of the showers could be locally heavy, particularly over windward areas Thursday afternoon and Thursday night.

The National Weather Service encourages everyone review their hurricane preparedness plans, as the hurricane season continues through November 30th.