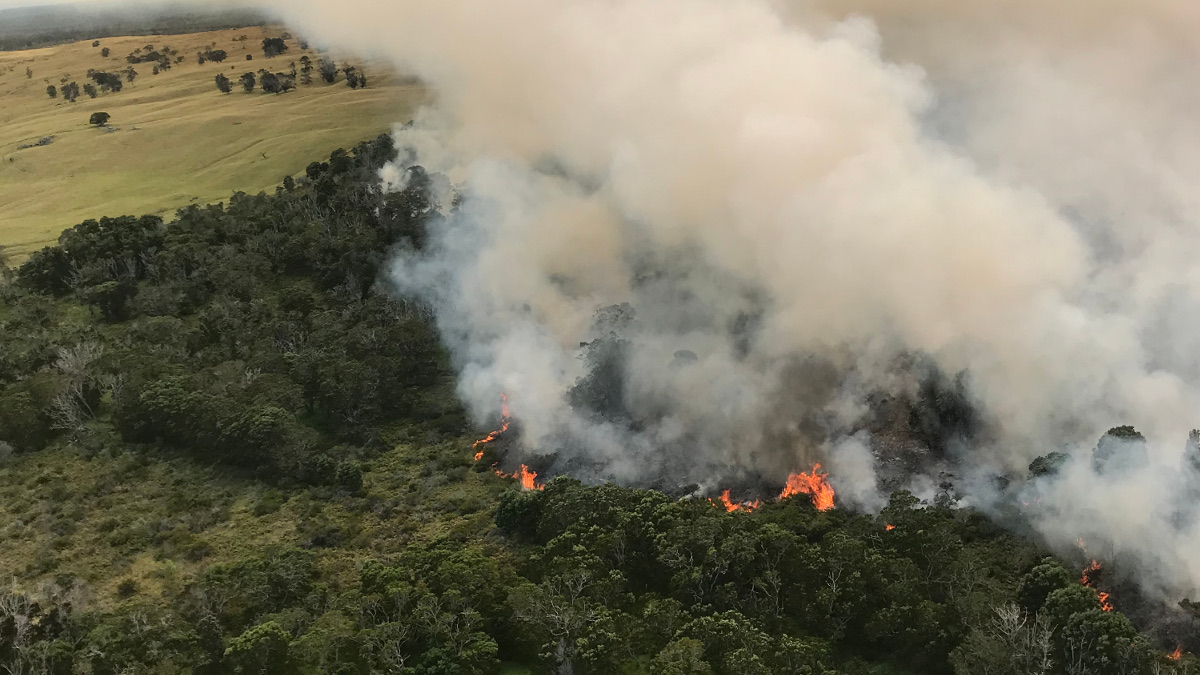 MAUNA LOA, Hawaii - Additional firefighters have arrived to assist the battle against the blaze, which has grown to over 3,205 acres in size. 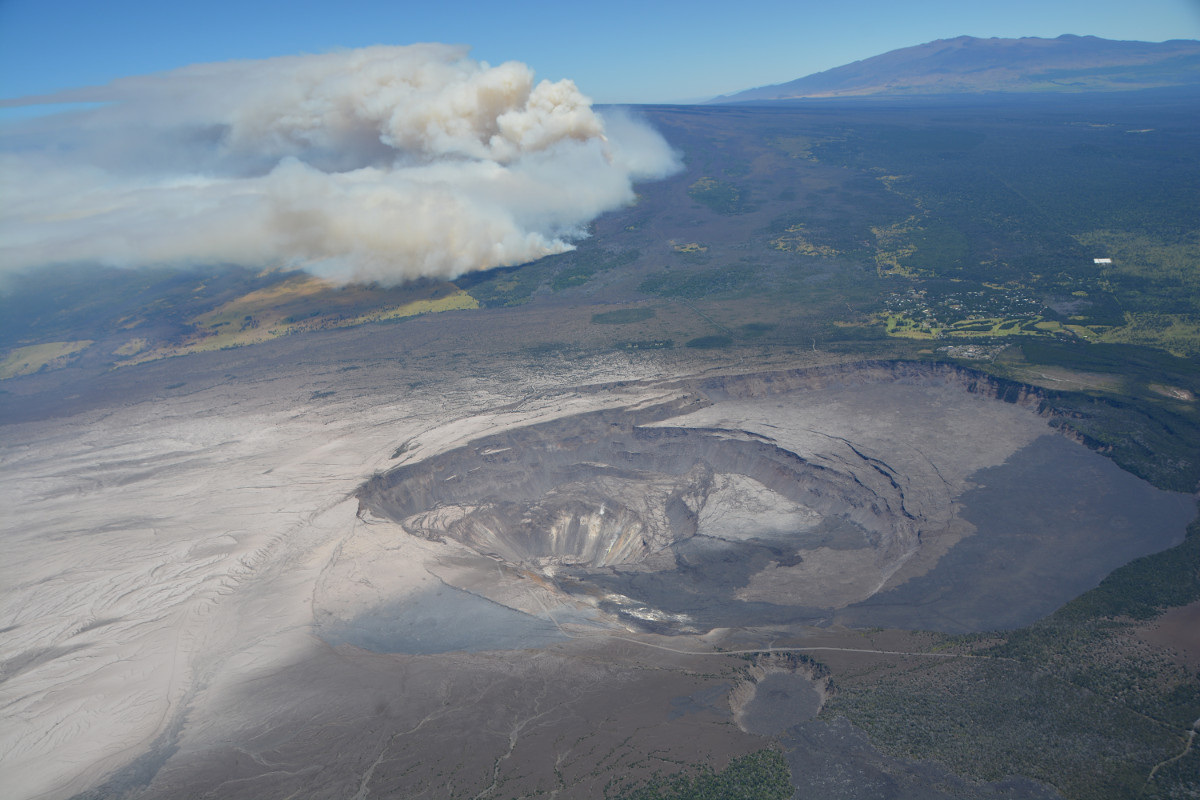 (USGS) Civil Air Patrol captured this image of Kīlauea’s summit yesterday (August 7, 2018), providing a stunning view of Halema‘uma‘u and the collapsed area within the caldera. Plumes of smoke rising from the flank of Mauna Loa were from a brush fire that continues burning today.

(BIVN) – The brush fire on Mauna Loa has more than doubled overnight and is now 3,205 acres in size. Most of it is burning within Hawaiʻi Volcanoes National Park. It has progressed close to the Kīpuka Kī Special Ecological Area and is two miles north of Highway 11.

Kīpuka Kī “is one of the rarest old-growth native forests of its kind in the world,” National Park Service officials say. “It is comprised of tall ʻōhiʻa, koa and mānele trees that are essential for the survival of threatened and endangered native plant and animal species.”

Additional firefighters from the mainland and Hawaiʻi have arrived and are assisting with suppression efforts. The fire started August 5 outside the park on Keauhou Ranch, the NPS says. The cause is under investigation.

“We are focusing our suppression efforts on Kīpuka Kī and are working carefully to back the fire up against a natural barrier of wide hardened lava flow so it doesn’t progress further downslope,” said Fire Management Officer, Matt Desimone. The fire is currently five percent contained. 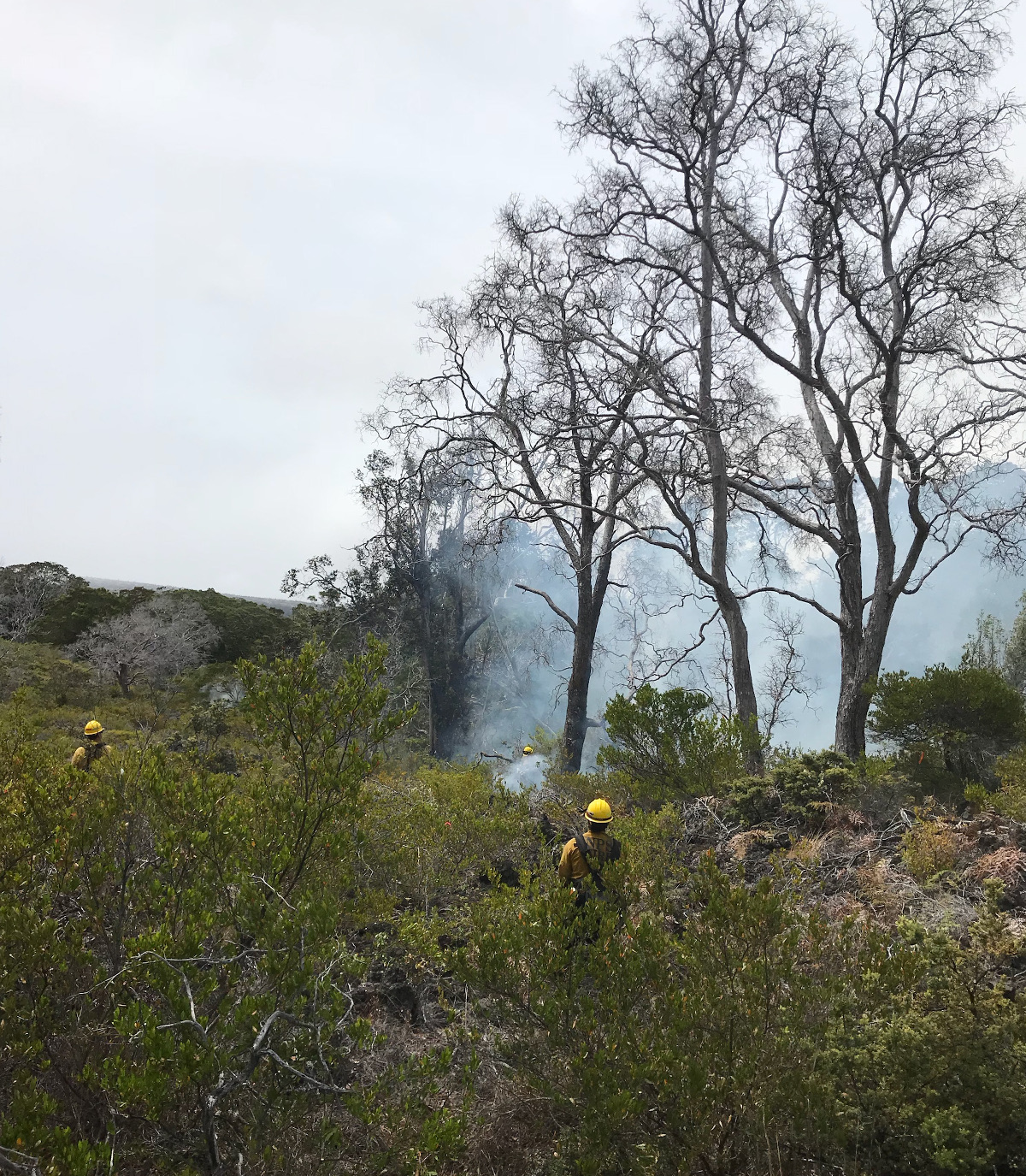 According to the NPS:

According to the National Park Service, strong winds and dry conditions at the 4,500- to 4,800-foot elevation have made the fire difficult to control. The blaze continues to burn both upslope and downslope on Mauna Loa.

No structures are threatened at this time, Hawaii County Civil Defense says.