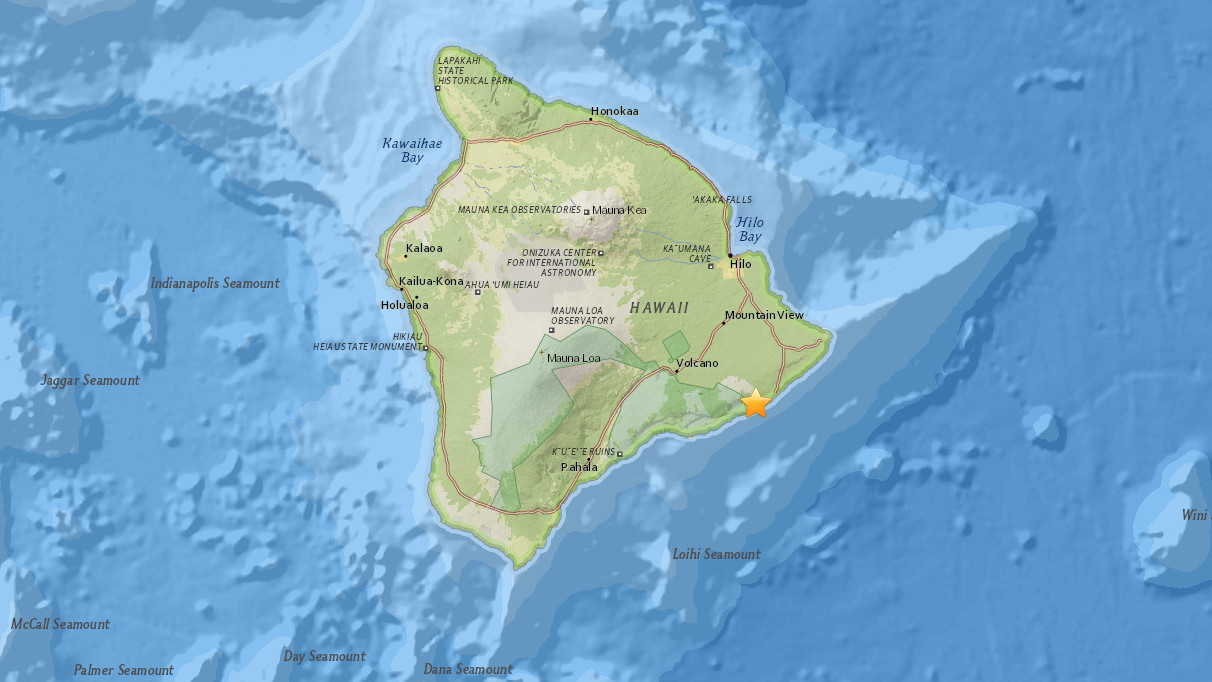 HAWAII ISLAND - The Pacific Tsunami Warning Center reports there is no tsunami threat to the island of Hawai`i following the earthquake on the south flank of Kilauea that occurred at 6:51 am this morning.

(BIVN) – An earthquake measured at a Magnitude 4.4 struck the south flank of Kilauea at 6:51 a.m. this morning.

A USGS map shows the earthquake was centered 13 miles south southwest of Leilani Estates at a depth of 5.2 miles. The quake was reported felt in Puna, Hilo, and along the Hamakua Coast.

The Pacific Tsunami Warning Center reported there is no tsunami threat to the island of Hawai‘i.

UPDATE: The magnitude-4.4 earthquake that occurred southeast of Puʻu ʻŌʻō this morning had no significant effect on the status of Kīlauea activity, USGS said afterwards, “except to generate a brief dust plume from Puʻu ʻŌʻō several minutes later.”