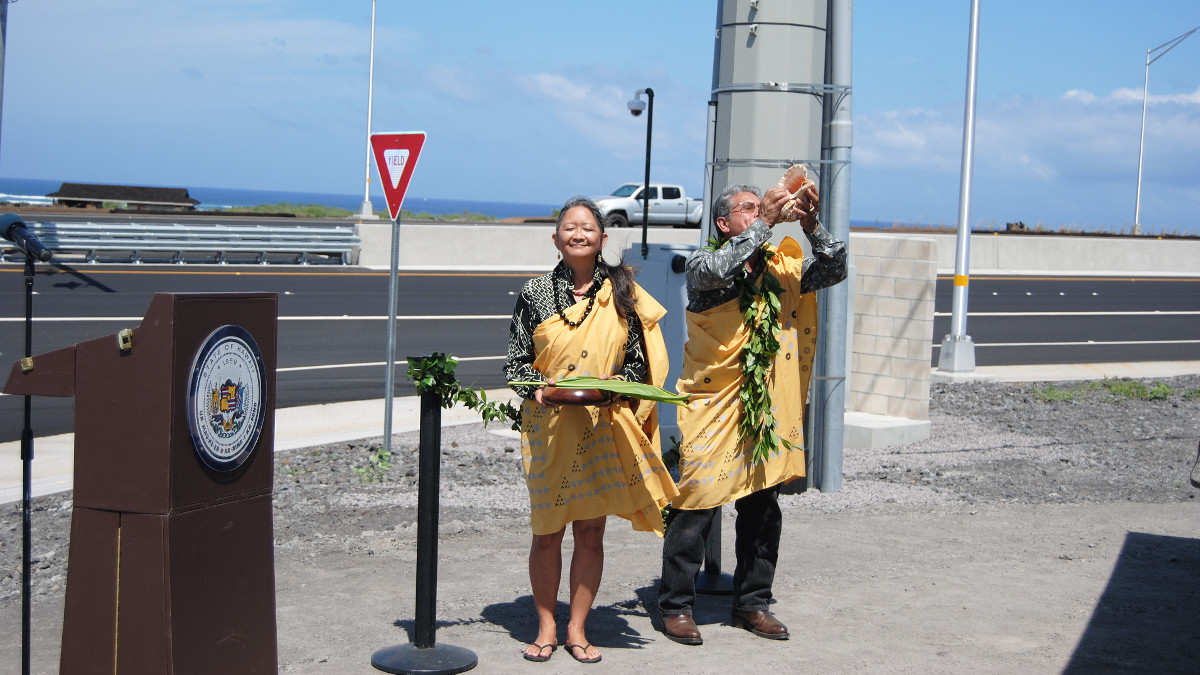 KAILUA_KONA, Hawaii - Governor David Ige was on island to help dedicate the two lanes added to the highway between Kealakehe Parkway and Keahole Airport Road. 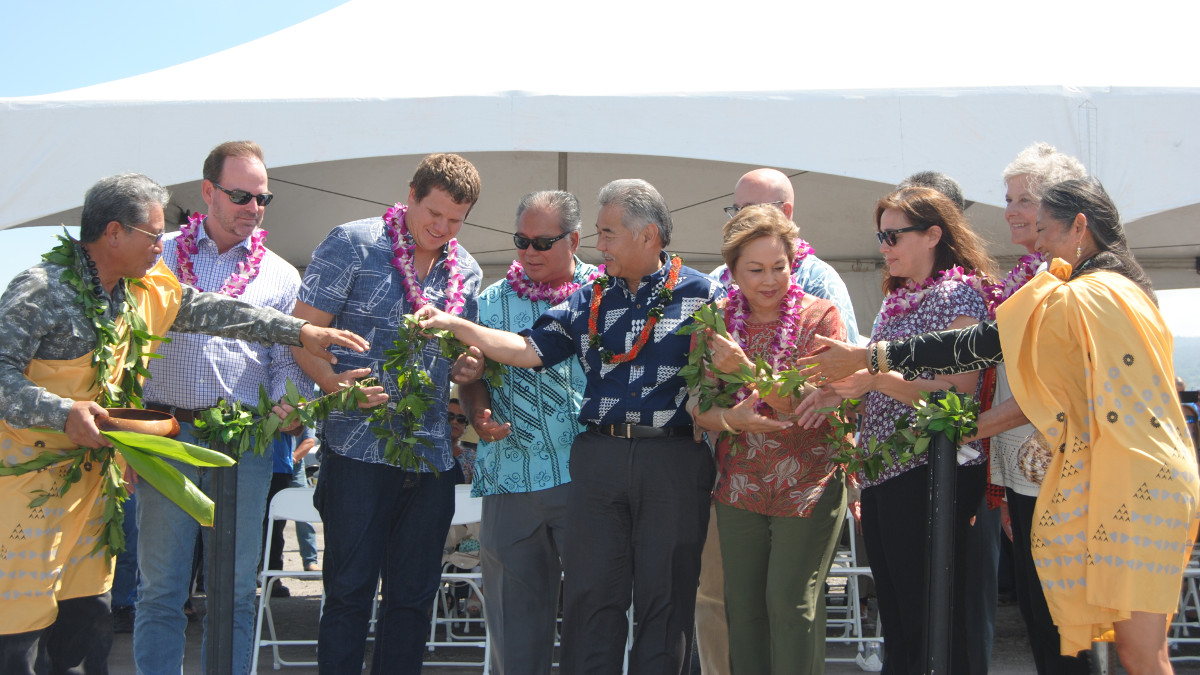 (BIVN) – Officials celebrated a milestone in the second phase of the Queen Kaahumanu Highway Widening Project on Thursday.

The Hawaii Department of Transportation hosted a ceremony in Kona to dedicate the two lanes added to the highway between Kealakehe Parkway and Keahole Airport Road. The additional lanes were built as part of the Queen Kaahumanu Highway Widening Project, Phase 2, which widened approximately 5 miles of 2-lane highway and constructed a 4-lane divided highway, the State DOT says.

“The widening of the Queen Kaahumanu Highway has been a top priority ever since we broke ground three years ago. The highway is the lifeline to some of the best Hawaii has to offer. I am grateful to the project team for overcoming the challenges, and to Kona residents and business owners for their patience and support,” said Gov. David Ige in a DORT media release.

Phase 1 of the Queen Kaahumanu Widening Project widened two miles from Henry Street to Kealekehe Parkway, where the Phase 2 project began. The Phase 2 project was awarded to Goodfellow Bros. Inc. as a design-build project and broke ground in September 2015. Six signalized intersections, drainage systems, utility relocations, safety features such as guardrails and medians, and landscaping befitting the location of the highway were incorporated into the project, which also reconstructed pavement in areas of the existing highway. Total project cost is approximately $121 million.

Punch list items after the opening of the additional southbound lane will include: median grading, landscaping, rumble strip installation, signage, and general project clean-up work. Motorists should continue to follow the posted speed limit, be aware of construction advanced warning signs, and expect equipment and workers to be working in either the median or on the shoulders of the road. Some night work and lane closures may be required during this time. Construction-related lane closure notices are posted weekly on the HDOT website.

More information on the project can be found at buildqueenk.com.