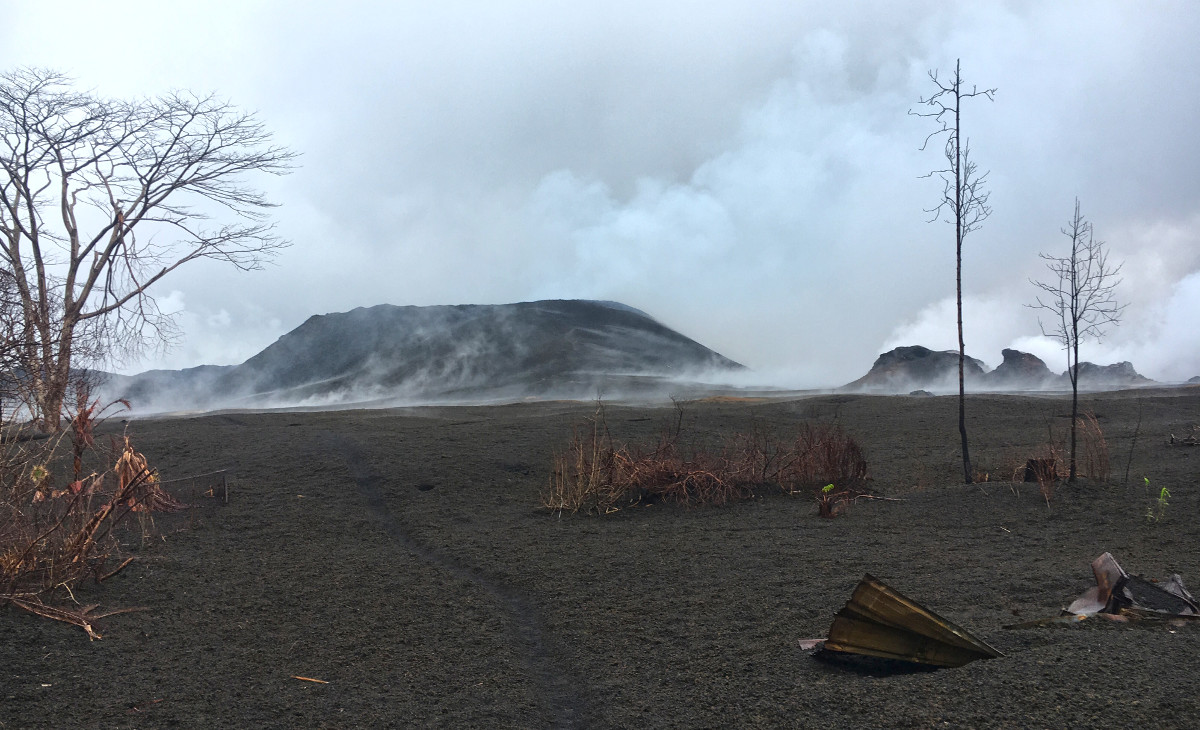 (USGS) HVO scientists checking on the status of the lower East Rift Zone fissures Wednesday morning reported that no audible noise could be heard from the fissure 8 cone.

Activity and lava output from Fissure 8 remains low and there have been no signs of reactivation or new intrusion. Up-rift of Fissure 8, Fissures 9, 10, and 24, and down-rift Fissures 13, 23, 3, 21 and 7, continue to steam. Ground crews and overflights continue to monitor these for signs of new activity. This morning’s overflight crew observed a crusted lava pond deep inside the steaming cone at a level significantly lower than when viewed Tuesday morning.

The significance of this change is not yet clear and hazardous conditions remain in the area. HVO field crews and the UAS team will monitor activity throughout the day and overnight.

It is common for eruptions to wax and wane or pause completely. A return to high levels of lava discharge or new outbreaks in the area of active fissures could occur at any time.

Gas measurements of the Puʻu ʻŌʻō plume taken on August 6 and 7 indicated a reduced SO2 emission rate lower than the August 3 measurement and similar to what has been observed over the past three months. No active lava was observed in the crater on an overflight on August 6th. This morning, the steam plume appears wispy and intermittent.

A magnitude-4.4 earthquake occurred southeast of Puʻu ʻŌʻō this morning at 6:50 a.m. The earthquake had no significant effect on the status of Kīlauea activity except to generate a brief dust plume from Puʻu ʻŌʻō several minutes later.

The volcano’s summit remains quiet, except for the small occasional rockfall, following the most recent collapse at 11:55 a.m. HST August 2nd. This continues a significant departure from the pattern of seismicity and deformation over the past several months, with very low rates of seismicity continuing today. Except for a very gradual deflation, the deformation at the summit as measured by tiltmeter and GPS instruments has stopped.

Summit and LERZ changes considered together imply that the rate of magma leaving the summit to feed the lower East Rift Zone eruption has significantly decreased. How long this condition will persist is unknown. It is possible that outflow will pick up again, resulting in renewed summit area deflation leading to another collapse event and renewed eruption vigor on the LERZ.

HVO will continue to monitor Kīlauea closely for any signs of change in activity.

The Hawaiian Volcano Observatory reports that eruptive activity remains minimal at Kilauea Summit and at the lower east rift zone from fissure 8. Seismic activity at the summit is low with few earthquakes. Field crews report a lava pond remains confined to fissure 8. HVO continues to monitor Kilauea for possible signs of reactivation.

Motorists on Highway 11 between the 28 and 32 mile marker are advised to stay on the pavement, be alert for changes in road conditions, and drive with caution.

The Disaster Recovery Center, located at the Pahoa Community Center is open as is early voting in Pahoa and Pahala. 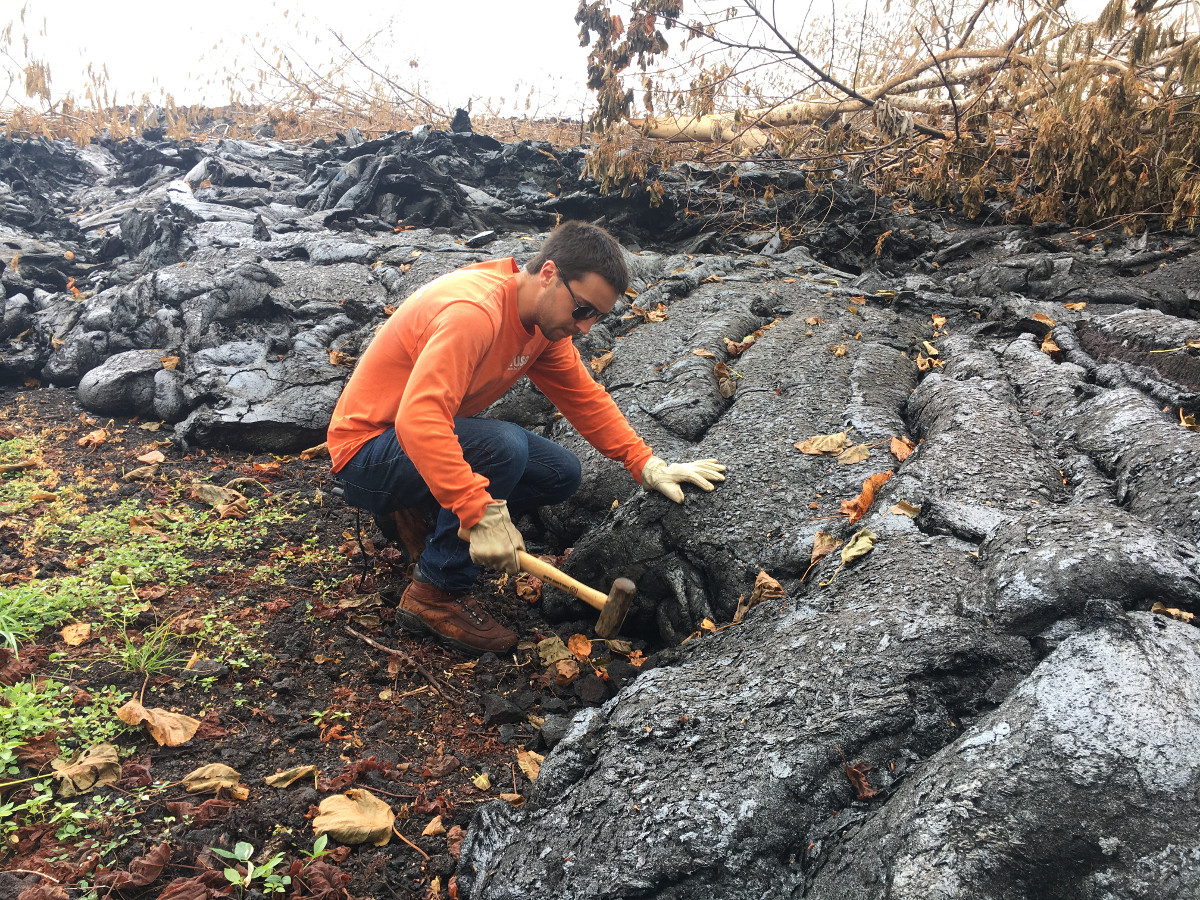 (USGS) During Wednesday’s field observations, an HVO geologist collected a sample of pāhoehoe from the August 2 overflow of the fissure 8 channel.