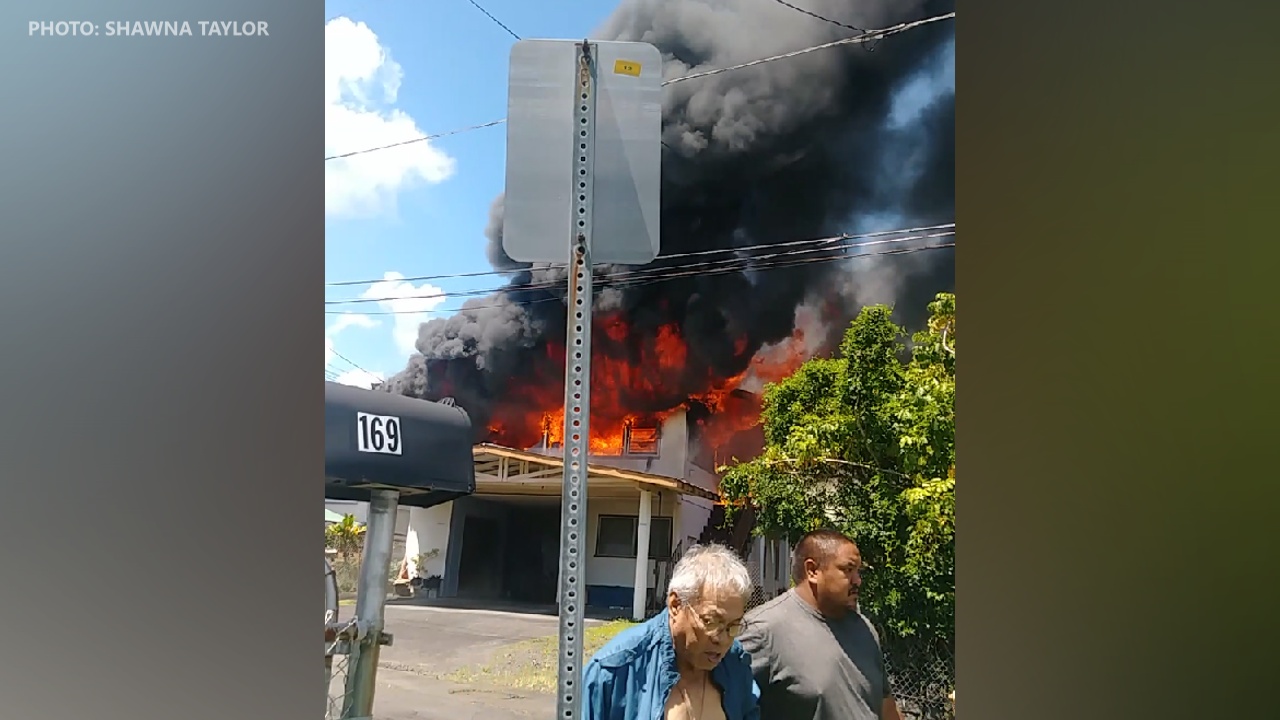 HILO, Hawaii - The upper story of a Mauna Loa Street structure was fully involved when fire fighters arrived on the scene Sunday morning.

(BIVN) – The top floor of a two-story residential structure on Mauna Loa Street in Hilo was engulfed in flames on Sunday, before fire crews extinguished the blaze.

All the occupants of the structure were out and accounted for, fire officials say. The cause of the fire, which began at 10:43 a.m., is undetermined.

A fire dispatch described the effort to put out the fire:

The fire department dispatch estimated a $200,000 loss due to the fire.