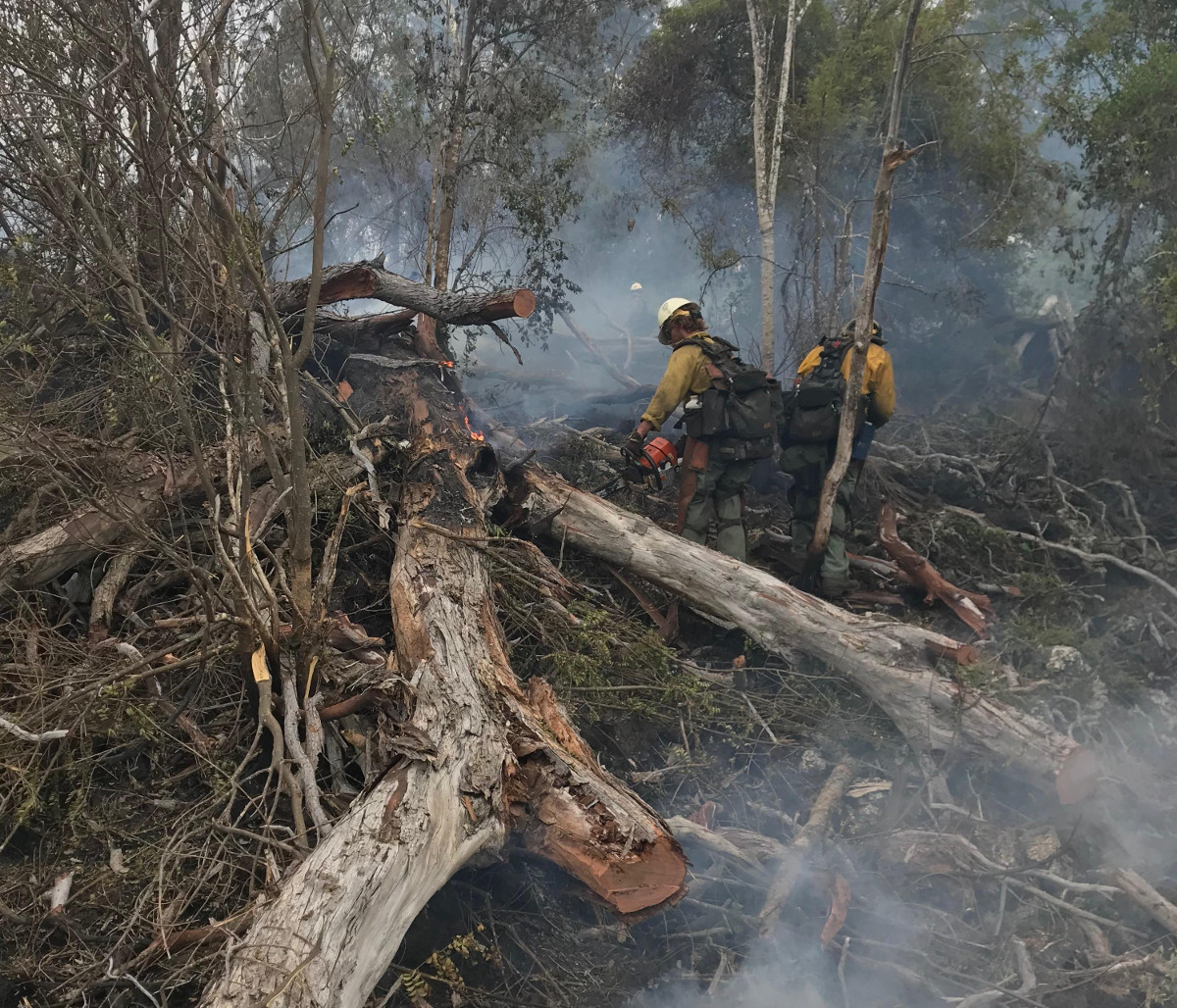 MAUNA LOA, Hawaii - The fire, which is mostly within Hawaiʻi Volcanoes National Park, has slowed, thanks to favorable weather and progress by firefighters.

(BIVN) – The National Park Service shared the following update on the Keauhou Fire on August 12:

The Keauhou Fire is now 63 percent contained at 3,739 acres on the northeastern slopes of Mauna Loa, mostly within Hawaiʻi Volcanoes National Park. The fire has slowed, thanks to favorable weather and progress by firefighters.

Firefighters are strengthening existing fireline and patrolling for hot spots along the eastern edge of the fire. On the southern edge, firefighters continue to secure the fire south of the Kīpuka Kī Special Ecological Area, a cultural heritage area and rare forest habitat for endangered species.

Cooler weather has helped fire crews construct additional fireline on the northern and western part of the fire. Light to moderate trade winds and mostly dry weather can be expected through Monday.

Smoke may be visible from Highway 11, and motorists are urged to drive with caution, roll up windows and use air conditioning if possible, and to stop for emergencies only. The fire is approximately one mile north of Highway 11.