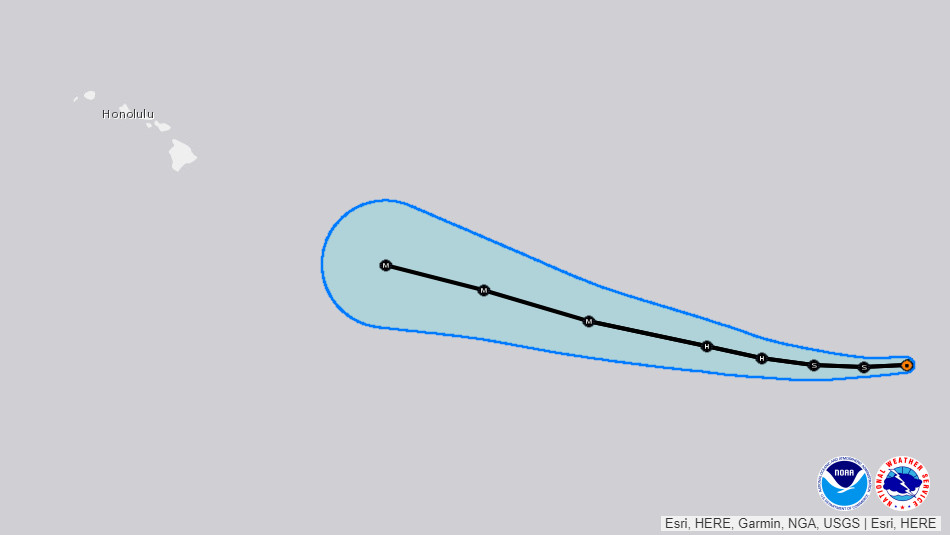 HAWAII - Tropical Storm Lane is on a course for the Central Pacific and could veer in the direction of Hawaii next week. 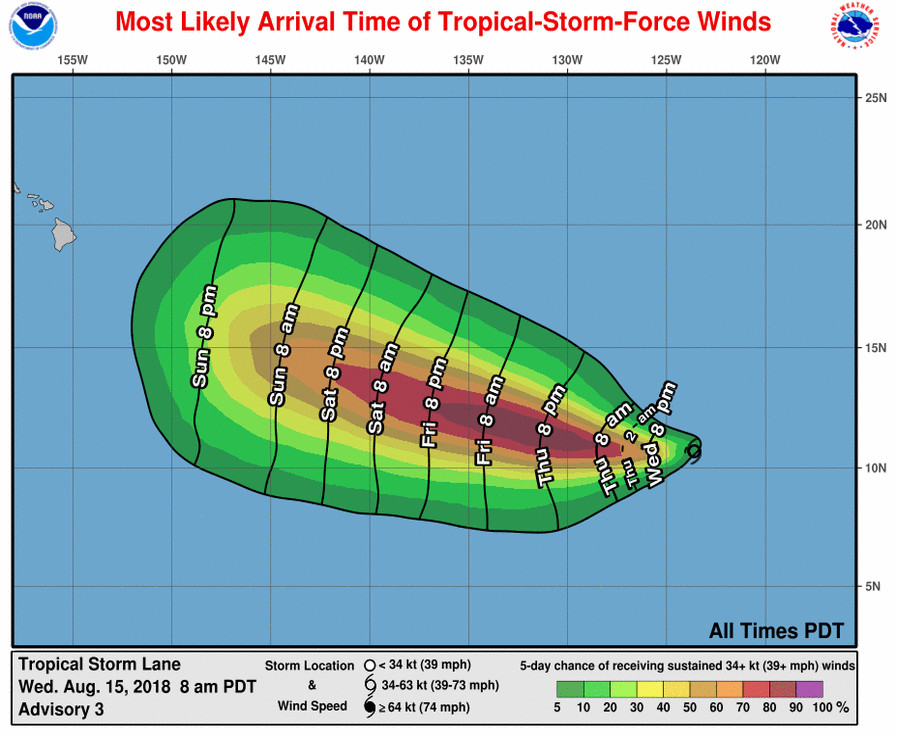 (BIVN) – There’s a new storm over the ocean that is expected to strengthen into a major hurricane as it it moves towards the Central Pacific.

Tropical Storm Lane is a far way from Hawaii Island (2185 miles east southeast of Hilo) and is moving west at 14 miles per hour. This motion is expected to continue for the next couple of days, followed by a turn to the west-northwest, forecast to occur on Friday.

Maximum sustained winds have increased to near 40 mph with higher gusts, and Lane is forecast to become a hurricane on Friday and could become a major hurricane on Saturday, the National Hurricane Center says.

It is too early to say how the storm may effect Hawaii, if at all.

From the 5 a.m. HST forecast discussion posted by the National Hurricane Center:

The latest satellite imagery shows that the cyclone continues to become better organized with a growing central dense overcast along with ample banding features. Dvorak estimates range from 30 to 40 kt, and with the increased organization since the last advisory, the initial wind speed is set to 35 kt.

Further intensification is likely over the next few days as Lane encounters a conducive large-scale environment consisting of low shear and fairly warm waters. Rapid strengthening is a distinct possibility after the cyclone forms an inner core, which could take a day or so given that there is still some drier air in the eastern semicircle. The DTOPS rapid intensification index indicates a high probability of significant strengthening over the next 3 days, with over a 70 percent chance of a 65-kt increase during that time. Given that some of the guidance (FSSE and HMON) are even higher than that, this seems like a reasonable forecast and is indicated below. The new NHC forecast is raised from the last advisory, and is close to a blend of the previous forecast and the corrected-consensus guidance. Continuity prevents a higher forecast, but Lane seems destined to eventually become a category-4 hurricane like Hector.

The storm continues to move just south of due west at about 12 kt. The subtropical ridge to the north of Lane is forecast to weaken slightly over the next few days, which will likely steer the cyclone to the west or west-northwest throughout the period. There is very little spread in the guidance, with the most notable change since the last advisory being a small shift to the southwest. The latest official track forecast is adjusted in that direction, and is not too far from the latest model consensus. Given the tightly packed guidance, this appears to be a high-confidence forecast.