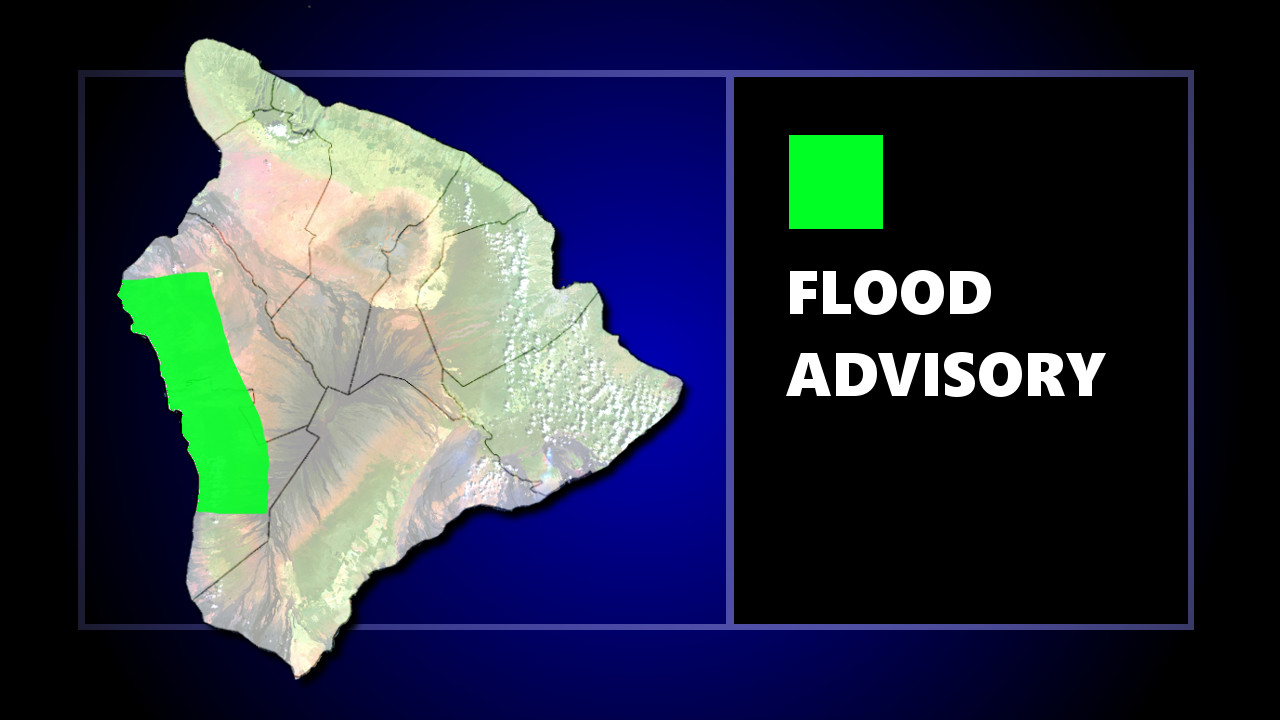 HAWAII ISLAND - Locations in the advisory include but are not limited to Pohakuloa Training Area and Kalaoa, the National Weather Service said.

UPDATE: The National Weather Service has extended the Flood Advisory until 8:15 p.m. HST.

“At 5:11 p.m. HST, radar indicated areas of heavy showers over the South Kona slopes from Keahole Point to Honaunau,” forecasters said. “Rain has been falling at rates of around an inch per hour in the heaviest showers, which could persist into evening.”

Locations in the updated advisory include but are not limited to Kailua-Kona, Kealakekua, Honalo, Captain Cook, Kalaoa, Honaunau, Kahaluu-Keauhou, Kainaliu, Holualoa and Puuanahulu.

(BIVN) – The National Weather Service has issued a Flood Advisory for an area in South Kohala / North Kona, in effect until 5:15 p.m. HST.

At 2:20 p.m. HST, “radar indicated heavy showers falling at rates of 1 to 2 inches per hour over leeward Big Island between Kamuela and Puuanahulu and along Saddle Road west of Pohakuloa Camp,” the advisory stated. “Additional heavy showers are expected through the afternoon.”

Locations in the advisory include but are not limited to Pohakuloa Training Area and Kalaoa, forecasters said.

Due to the forecast conditions, Hawaii County Civil Defense issued the following: