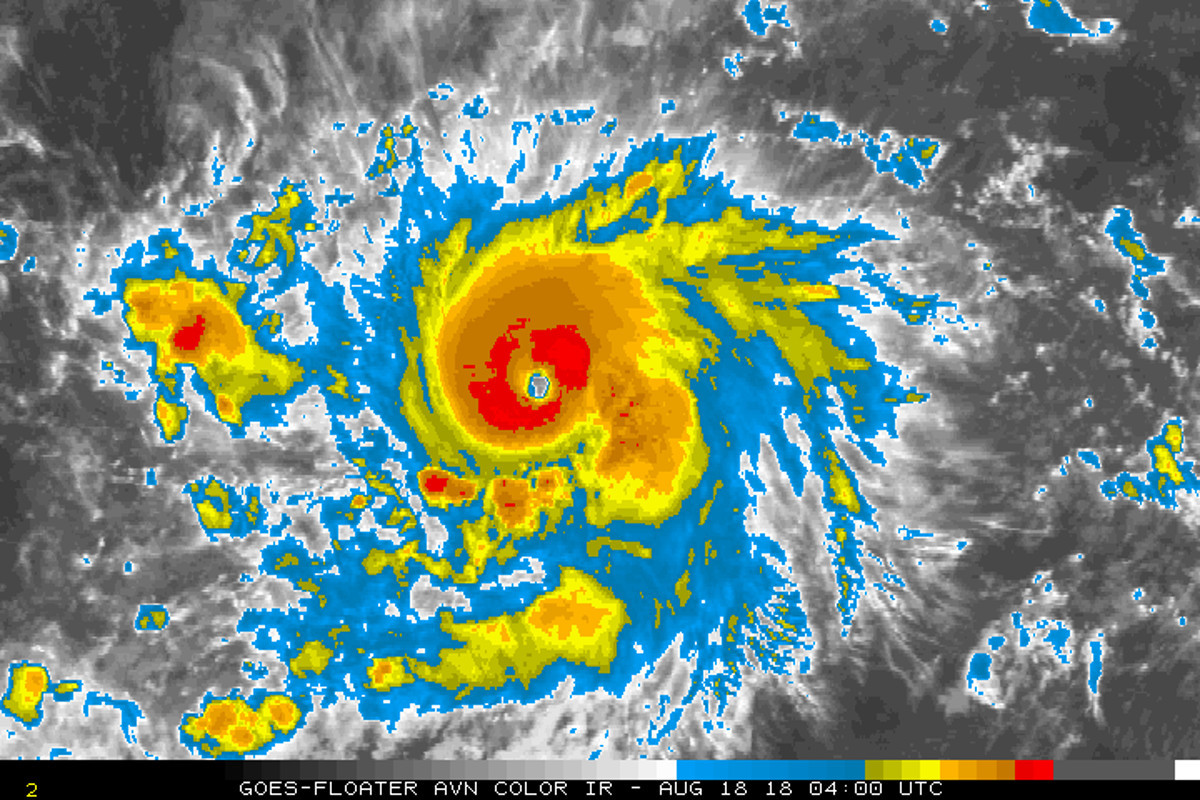 HAWAII ISLAND - It remains too early to forecast the exact location of Hurricane Lane when it passes near of south of the island next week, or whether it will directly impact portions the state.

(BIVN) – Hurrciane Lane’s maximum sustained winds have increased to near 120 mph with higher gusts, making it a category 3 hurricane on the Saffir-Simpson Hurricane Wind Scale.

Lane is in the Eastern Pacific, moving toward the west near 16 mph. The storm is a far 1,405 miles east southeast of Hilo. “Forecast uncertainty ramps up heading into the middle of next week as Hurricane Lane passes near or just south of the islands,” the National Weather Service in Honolulu reported this afternoon. “It remains too early to forecast the exact location of Lane and whether it will directly impact portions the state.” 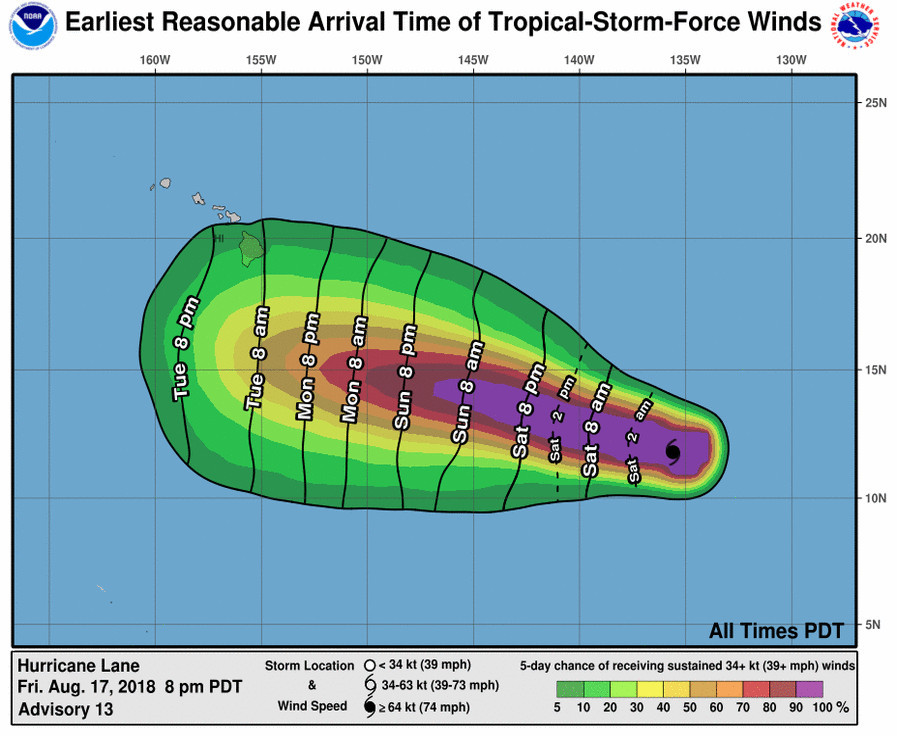 “Additional strengthening is expected during the next 12 hours or so, and Lane could become a category 4 hurricane tonight or Saturday,” the National Hurricane Center reported at 5 p.m. HST. “After that, some fluctuations in intensity are expected Saturday night and Sunday.”

“We will continue to monitor the development of Hurricane Lane, currently located in the eastern Pacific, which is expected to bring an easterly swell to the coastal waters as early as this Sunday night,” Honolulu-based forecasters reported. “This will likely result in large surf for south and east facing shores of the Big Island by the middle of next week.” 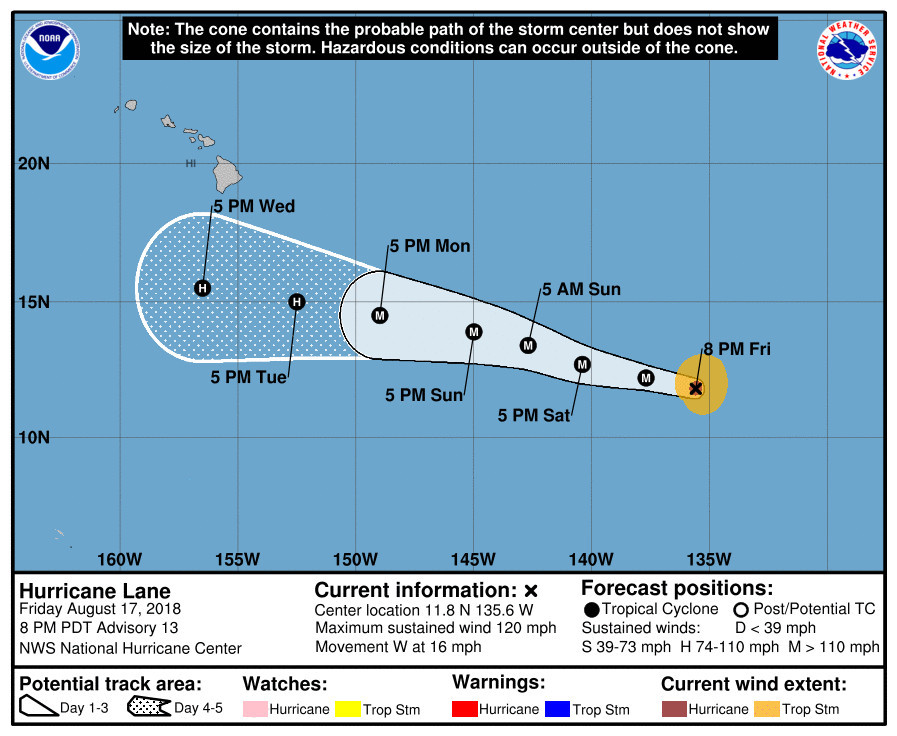 Lane has continued to rapidly intensify during the past several hours, with the eye gradually becoming better defined and the central dense overcast surrounding the eye becoming larger. Satellite intensity estimates have increased to a range of 100-115 kt, and based on this the initial intensity is increased to 105 kt in best agreement with the CIMSS satellite consensus technique. The hurricane currently has good outflow in all directions and there is a large area of outer banding, primarily in the southeastern semicircle.

The initial motion is 280/14. Lane is forecast to move south of a subtropical ridge in either a westward or west-northwestward direction over the next 5 days, with some decrease in forward speed by 72-120 h as the ridge weakens slightly. There is some spread in the guidance by 120 h, with the GFS and the NAVGEM models on the north side of the guidance envelope and the ECMWF model and UKMET Ensemble mean on the south side. As in the previous advisory, little change was made to the forecast track which lies close to the center of the guidance envelope and the consensus models.